Another Salt & Light sticker from KTFI can be seen here. 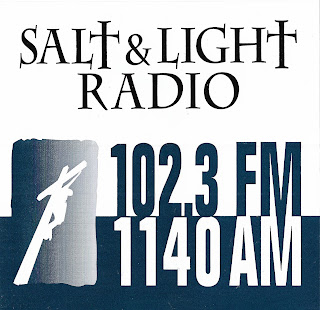 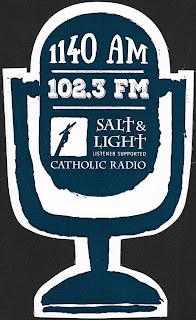 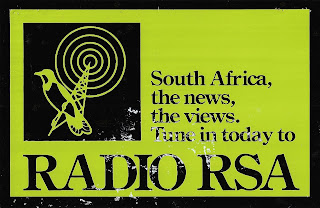 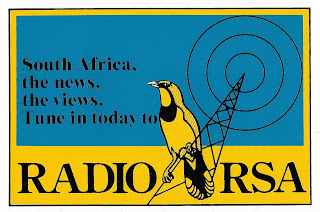 Radio RSA existed from 1966 until 1992 and was based in Johannesburg, South Africa.  The government-run, pro-apartheid, external voice of the country broadcast into Europe, North America and the rest of Africa via shortwave.  Although their stated goal was "to present the nation in a positive and correct image," much of the station's role was to promote white power and black subservience.  The station's interval signal, which marked the beginning of each broadcast, was a traditional folk song combined with the call of the native Bokmakierie bird which appears on the above stickers.

Following the end of the apartheid government Radio RSA was renamed Channel Africa.

102.9 FM CFOM broadcasts to Quebec City, Quebec.  This sticker dates to their time as a Classic Hits station.  They are now a Hot Adult Contemporary station known as "M102.9" 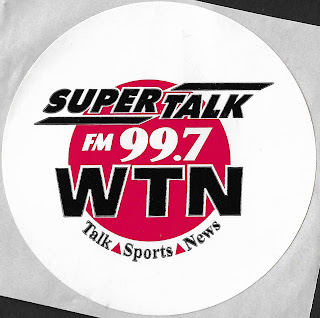 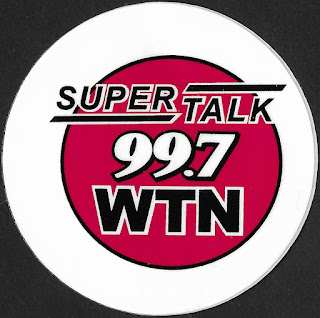 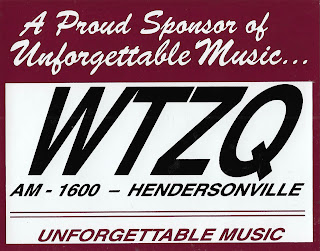 1600 AM WTZQ is an Oldies/Adult Standards station in Hendersonville, North Carolina.  They are now also heard on translator W237EE at 95.3 FM. 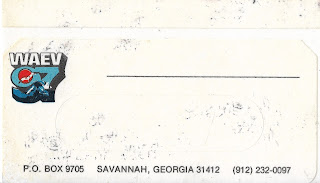 A cassette sticker from 97.3 WAEV in Savannah, Georgia.  Their Wikipedia page (for their current incarnation as CHR "97.3 Kiss FM") says the station played "light pop" music starting in 1980.  The 1982 Broadcasting Yearbook lists them as having an Adult Rock format.

A 1993 sticker from WHVK, a Country station licensed to Tullahoma, Tennessee.  It appears that at some point they moved their signal and city-of-license closer to nearby Huntsville, Alabama. 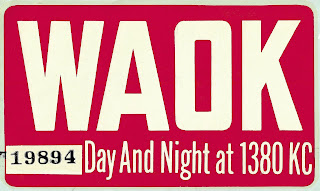 90.5 KTLF is a Contemporary Worship station in Colorado Springs, Colorado.  They are also heard on a network of over 30 stations and translators scattered throughout the state as well as parts of Wyoming and New Mexico.

1400 AM KLIN carries a News/Talk format in (K) LINcoln, Nebraska.  They are also the flagship station for Nebraska Cornhuskers football games (their helmets forming the zeros of KLIN's frequency.) 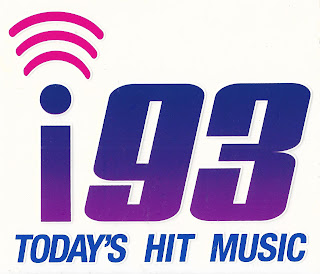 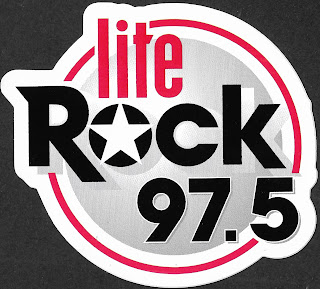 My files show this as being from KAXF in Conroe, Texas near Houston.  According to the American Family Radio station finder they now have the call letters KAFR. 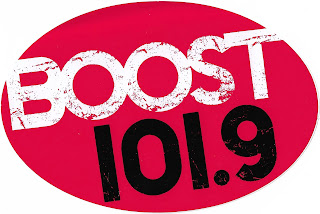 K270BW "Boost 101.9" is a commercial-free, Christian CHR station in St. Louis, Missouri.  They are the HD radio sub-channel of KLJY and is licensed to Bellefontaine, MO. 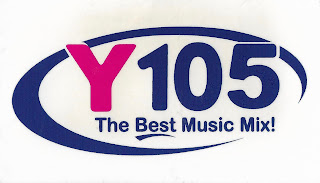 A magnet from "Y105" WDBY in (W) DanBurY, Connecticut (but licensed to Patterson, New York.)  They were an Adult Top-40 station from around 2002 until 2010.  A sticker from their current incarnation as a Country station can be seen here. 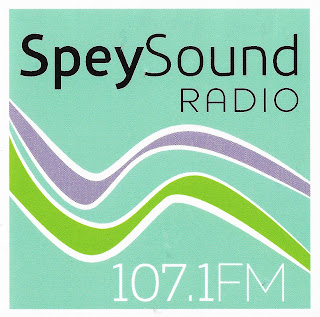 Speysound Radio went on the air from Aviemore in the Scottish Highlands in 1993.