WBLK (W Benjamin L Kulek--a major financial backer of the station when it first went on the air) is an Urban Contemporary station from Buffalo, New York. They've carried the same format since 1964 making them the oldest urban FM station in the United States. WBLK is licensed to Depew, NY.
Posted by Greg at 5:43 PM 3 comments:

KSTM is a radio station broadcasting from Simpson College in Indianola, Iowa. They don't appear to have a website but I did find this short YouTube clip about the station which, at the 1:05 mark, shows a stack of KSTM stickers including one that I don't have yet. I need this sticker! A self-addressed stamped envelope will be in tomorrows mail.

KMGV (K MeGa Variety) is a Rhythmic Oldies station from Fresno, California.
Posted by Greg at 7:54 AM No comments:

"The Edge" is an Alternative Rock station from Dallas, Texas. These stickers are from when they were located at 94.5 FM (they're now at 102.1...look at those stickers here.)

Filter is a band whose biggest hit was the 1999 ballad "Take A Picture."

Palin Gets A Job Offer

Some blatant stunt hiring might take place as Bristol Palin was offered a morning co-host job at "Mix 96.9" in Phoenix, Arizona. The daughter of Sarah Palin recently bought a house in nearby Maricopa and plans on enrolling at Arizona State University. The PD of the station said that the salaried job would only require 4 (four!?) hours of work per week. 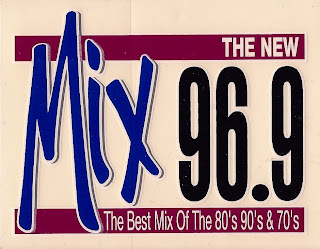 CHVN has been a Contemporary Christian station in Winnipeg, Manitoba since 2000.
Posted by Greg at 5:16 PM No comments: 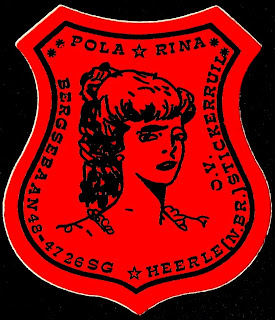 This is most likely from a Dutch pirate radio station but I'm too lazy to start Googling right now. Anybody have more details on this sticker or station?
Posted by Greg at 2:06 PM No comments: 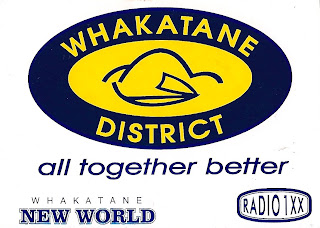 90.5 1XX FM broadcasts from Whakatane, New Zealand. Their website contains an excellently detailed history of the station dating back to 1970 when they were located at 1240 AM.
Posted by Greg at 4:41 PM 1 comment:

My buddy Dan collects radio station stickers and sent along a scan of this vintage beauty. KANA is an Oldies station from ANAconda, Montana. Feel free to accidentally send this sticker to me in the mail, Dan.

Besides being the slogan for KANA many years ago, the "First Lady of Radio" was also the nickname of an almost forgotten singer named Vaughn De Leath. 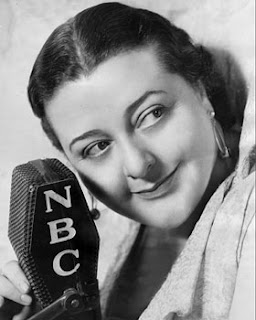 In 1920 De Leath was brought to New York City by radio pioneer Lee DeForest where she performed Swanee River. Some consider this the first live singing broadcast in history. She was told that the high notes in her soprano voice might shatter the fragile vacuum tubes in her mics amplifier so De Leath changed her singing style and in doing so invented "crooning" which became the dominant pop vocal style of the next 30 years. She later became an executive at radio station WDT-AM in New York City. De Leath also ended up suing singer Kate Smith for using the "First Lady of Radio" designation.
Posted by Greg at 2:05 PM No comments: 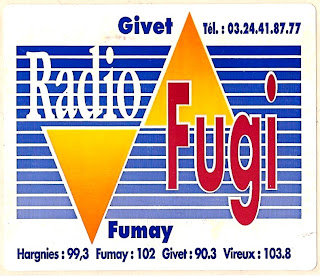 Radio Fugi began broadcasting in 1994 from Givet, France.
Posted by Greg at 6:31 AM No comments: 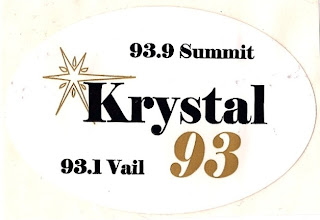 "Krystal 93" KYSL is an independently owned Adult Album Alternative station licensed to Frisco, Colorado. They are the owners of the highest transmitter in the United States at 11,644 feet above sea level.
Posted by Greg at 11:09 AM No comments:

"i-95" WRKI has been a Rock station in Brookfield, Connecticut since 1976. 95.1 was formerly an Adult Contemporary station known as WINE-FM. Some vintage WRKI photos can be seen here along with lots of other Connecticut radio history.
Posted by Greg at 2:17 PM No comments: 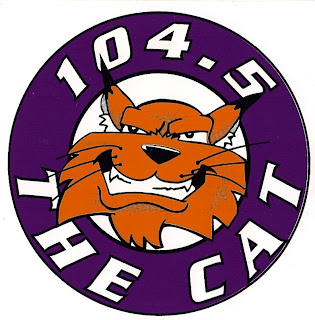 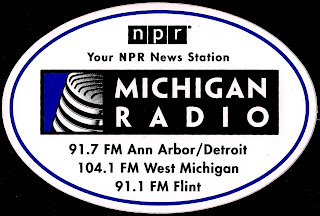 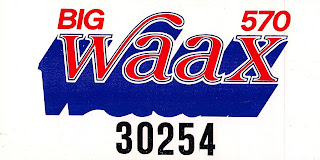 WAAX is a News/Talk station licensed to Gadsden, Alabama.
Posted by Greg at 5:43 PM No comments:

Clear Channel Communications took down a suddenly distasteful billboard last Thursday in Tucson, Arizona. The ad for Rush Limbaugh's radio program said "Straight Shooter" and showed a few bullet holes and the logo for 790 KNST. On January 8, six people were killed and 14 others injured when a madman shot into the crowd at a speech by Rep. Gabrielle Giffords in front of a Tucson grocery store. The provocative rhetoric of conservative talk radio was blamed by some for the violence. 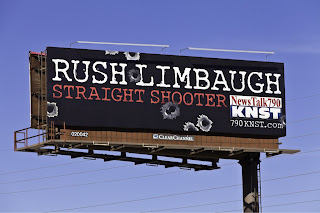 KNST is a News/Talk station in Tucson. Arizona. 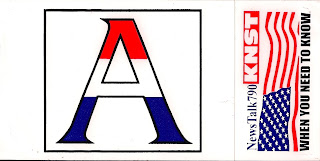 I'm not sure what the A represents on this sticker. At first I thought it was the logo for the University of Arizona but that A is slightly different. Anybody know?
Posted by Greg at 4:31 PM No comments: 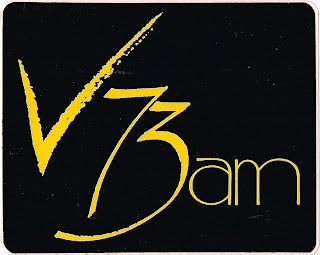 "V73 AM" KRVC was licensed to Medford, Oregon. A 1985 Broadcasting Yearbook lists their format as Religious but it's unclear if that was their programming when this sticker was current. 730 AM is now "Fox Sports Radio" KRVX.
Posted by Greg at 10:18 AM 1 comment: 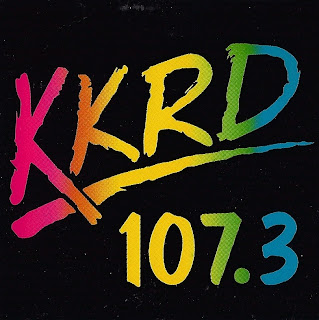 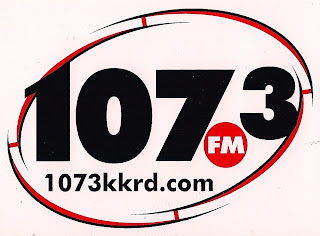 KKRD was a CHR station from Wichita, Kansas. A fan of the station now runs an online-only version of KKRD. 107.3 FM is now a Rock station as "The Brew" KTHR.
Posted by Greg at 5:22 PM No comments:

A 1982 Broadcasting Yearbook lists KBRZ (K BRaZoria County, TX) as being licensed to Freeport, Texas and having a Country & Western format. The current KBRZ is licensed to nearby Missouri City, TX and carries Brokered programming aimed primarily at a South Asian audience. The co-owned KGOL carried a Gospel format at 107.3 FM licensed to Lake Jackson, TX. Is that thing inside the O supposed to be a gold nugget?
Posted by Greg at 3:44 PM No comments:

This post started out as another Mystery Sticker but I tried one last Google Image search and found a match in the background of this picture. The banner is from WZKS, an Urban Contemporary station licensed to Union, Mississippi. "Kiss 104.1 FM's" website sports an updated logo...the sticker itself is from around 1997 according to the coupon on the back.
Posted by Greg at 4:28 PM No comments:

Rush Limbaugh was born in Cape Girardeau, Missouri on this date in 1951. Happee Burfday Rush.

WILK is a News/Talk station from WILKes Barre, Pennsylvania and one of over 600 stations that carry the Rush Limbaugh Show. They now also simulcast on 1300 AM and 103.1 FM.
Posted by Greg at 6:14 PM No comments:

Juventus Radio is a contemporary music station based in Budapest, Hungary.
Posted by Greg at 3:26 PM No comments:

Tonight's Bowl Championship Series title game pits the #1 Auburn Tigers against the #2 Oregon Ducks. Auburn has Heisman Trophy winner Cam Newton under center while Oregon boasts a ridiculous sped-up, no-huddle offense featuring the nation's leading rusher and a highly underrated quarterback. I think Oregon's going to win it by a touchdown...the only unknown is which uniform combination they're gonna come up with. 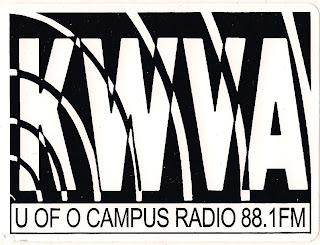 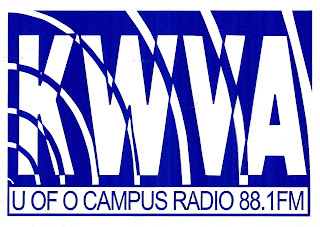 KWVA is a student-run, freeform station broadcasting from the University of Oregon. They went on the air in 1993 and are licensed to Eugene, OR. 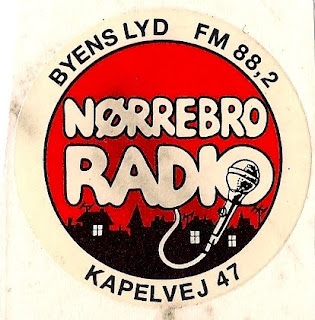 Nørrebro is a district in the city of Copenhagen, Denmark. Beyond that I know very little about this station. I think I found their website here although it appears they're now located at 106.3 and 89.4 FM. I also found a nicely weathered photograph of the station logo here.
Posted by Greg at 3:12 PM No comments: 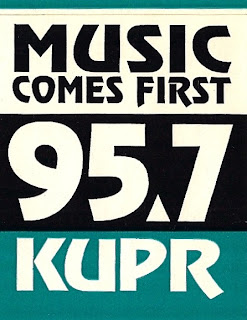 KUPR was an Adult Album Alternative station from San Diego, California circa the mid-1990s. 95.7 FM is currently the Country formatted KUSS. KUPR was licensed to Carlsbad, CA.
Posted by Greg at 6:24 PM No comments:

WXKW AM pumped out Country music in Allentown, Pennsylvania from 1985 until 1993. 1470 AM is currently a Sports station known as "The Fox." 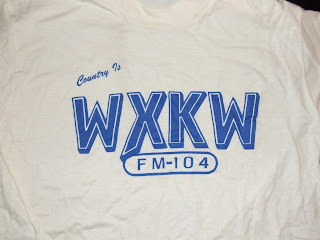 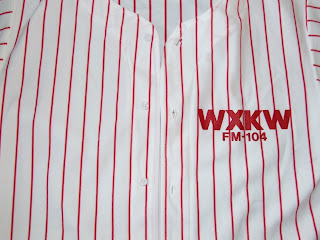 WQIX was a Country station licensed to Horseheads, New York. 100.9 FM still carries the same format but is now a pork-based Country station.
Posted by Greg at 5:48 PM No comments: 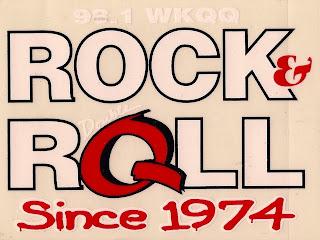 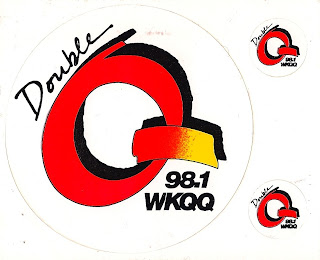 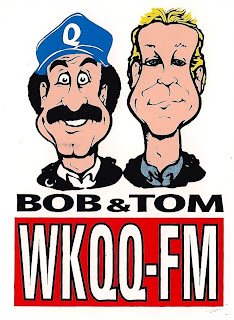 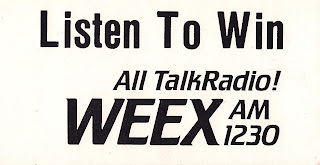 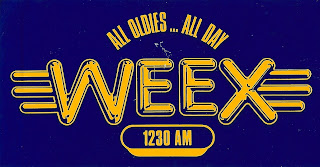 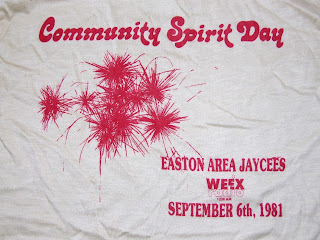 WEEX (W Easton EXpress Broadcasting) has been on the air in the Lehigh Valley of Pennsylvania since 1956. 1230 AM is licensed to Easton, PA and are now an ESPN Radio affiliate. They also simulcast on 1320 AM WTKZ licensed to Allentown, PA.
Posted by Greg at 4:24 PM No comments:

Anybody know where this Radio Fantasy sticker is from? There are a few current "Fantasy" stations in Slovenia, Italy, Belgium and Germany but none of them are at 96.8 FM. My gut tells me that it's an early-80s Italian station but who knows...
Posted by Greg at 1:44 PM No comments:

KXKS is a Country station from Shreveport, Louisiana.
Posted by Greg at 2:24 PM No comments: 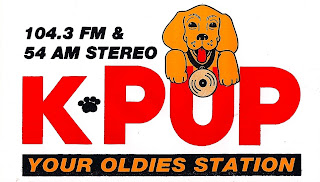 KPUP was an Oldies station licensed to Gonzales, California. 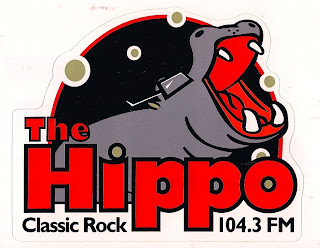 540 AM is now KRXA which carries a progressive Talk format. KRXA is licensed to Carmel Valley, CA.