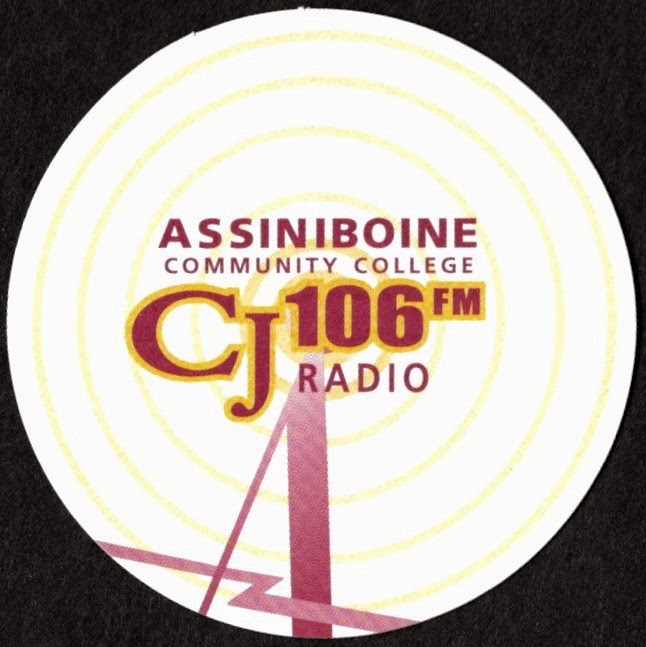 FM Yokohama 84.7 went on the air in 1985 in Yokohama, Japan.  It carries the official call letters of JOTU.
The Vance K Show no longer airs on Yokohama Radio but can be heard on Tokyo's InterFM. 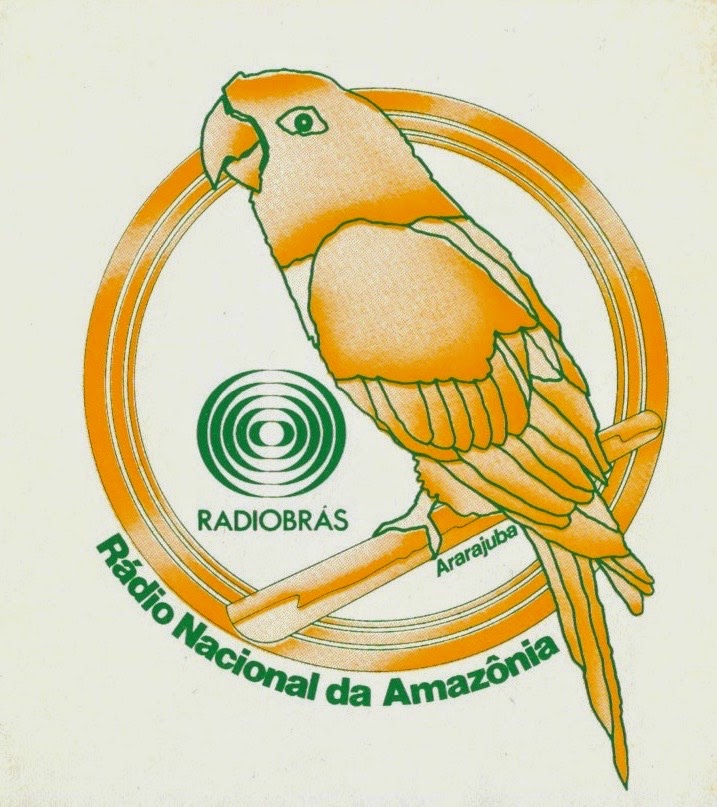 The Brazilian government founded Radiobrás (The Brazilian Radio Broadcasting Company) in 1975.  Its aim was to unite all existing state-owned broadcasting stations as well as create new radio and television services to reach remote regions of the Amazon basin.  In 1988 Radiobrás merged with the official Brazilian News Agency to form the Brazilian Communications Company (Empresa Brasileira de Comunicação aka EBC). 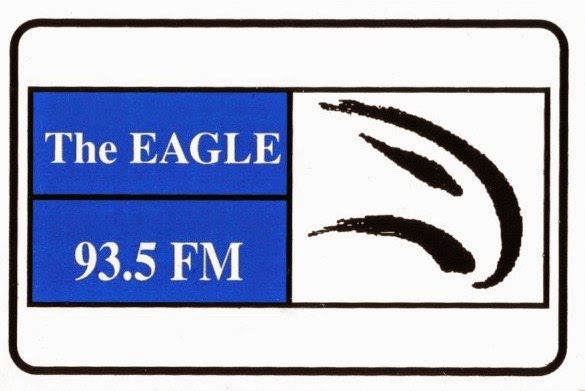 CJEL "The Eagle 93.5" is a Hot AC station licensed to Winkler, Manitoba.

WXVW went on the air in Louisville, Kentucky on September 16, 1961.  Adult Contemporary and Oldies formats were featured on the station until they switched to the syndicated Music of Your Life network some time in the 1980s.  Call letter changes to WAVH in 1997 and WQKC in 2008 occurred before they flipped to Sports and eventually retook the WXVW calls in 2013.  They are now branded as "1450 The Sports Buzz".  WXVW is licensed to Jeffersonville, Indiana.

102.9 FM WOWI (originally pronounced on-air as "Wow-Wee") began in Norfolk, Virginia in 1970 with a Progressive/Freeform blend of rock, country, blues and jazz.  This "Hot 103" sticker probably dates to around the mid-1980s when WOWI had switched to an Urban Contemporary format.  The station still carries this same format but is now branded as "103 Jamz".

WLSB was a Country/Bluegrass station licensed to Copperhill, Tennessee near Chattanooga.  In 2011, Wolf Creek Broadcasting donated the silent station to a religious organization.  1400 AM now has the call letters WLYY and carries a Classic Gospel format. 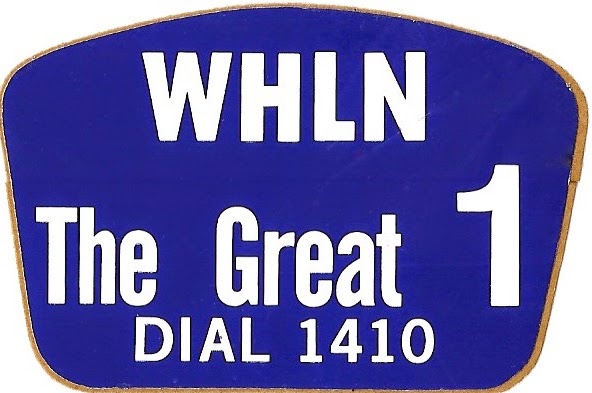 As I've pointed out before, every station known as "Kicks" seems to have a Country format. 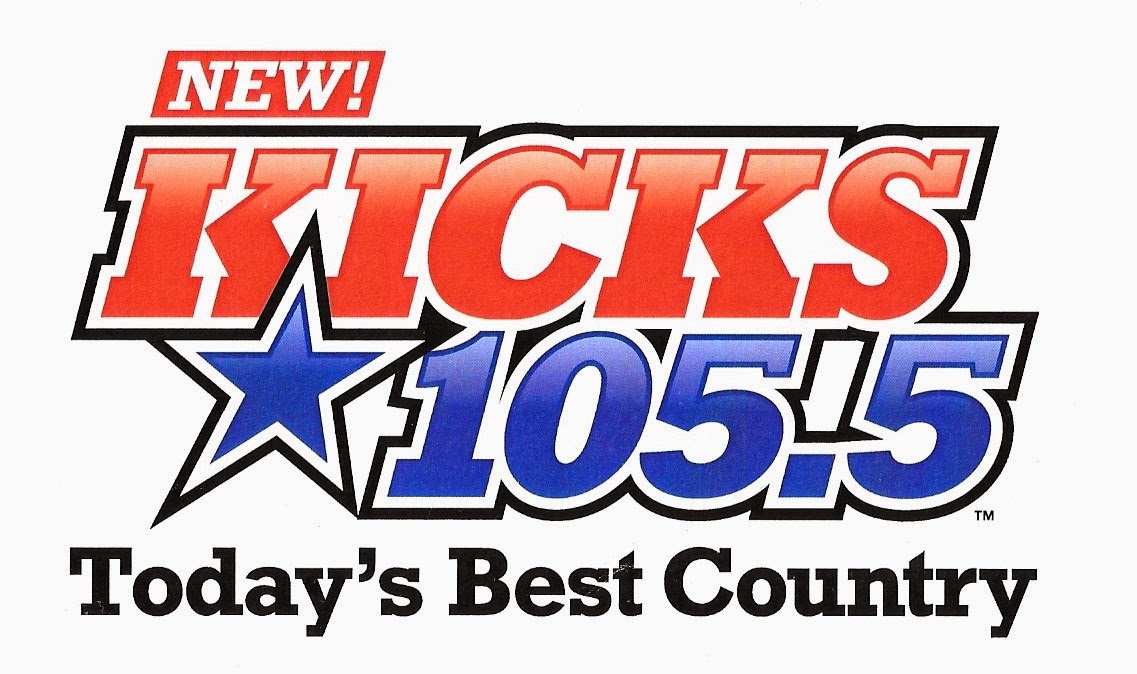 WDBY "Kicks 105.5" is licensed to Patterson, New York with their main listening area being (W)DanBurY, Connecticut. 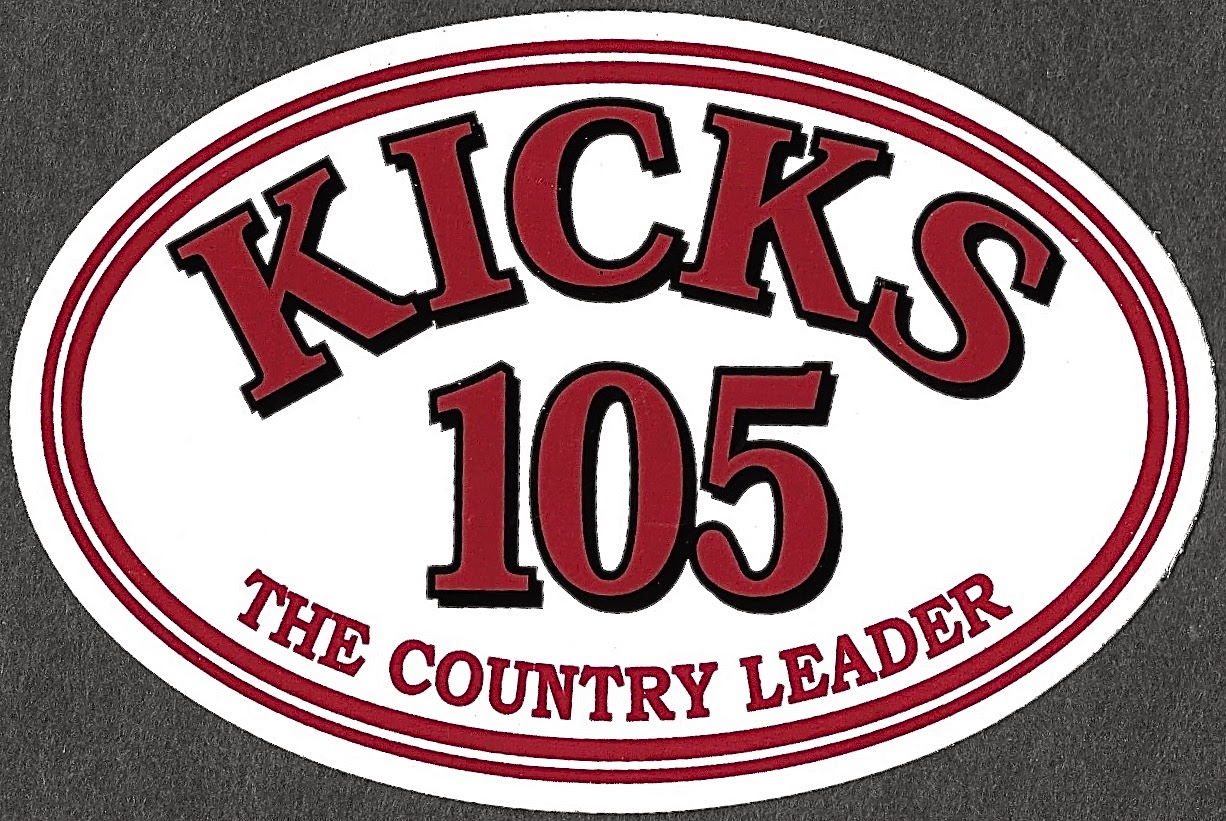 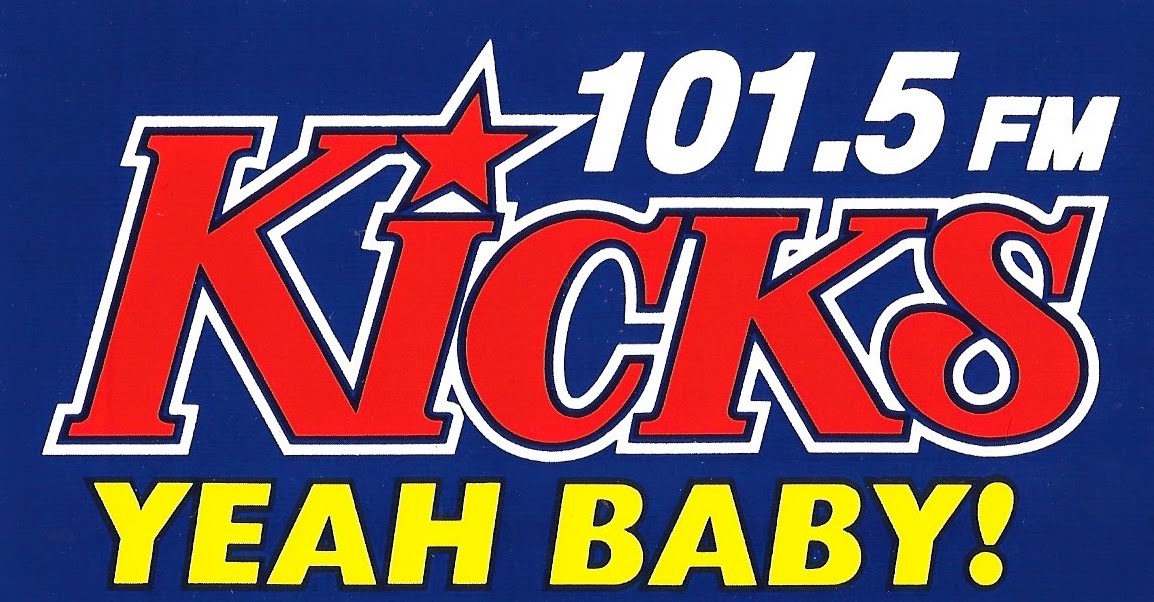 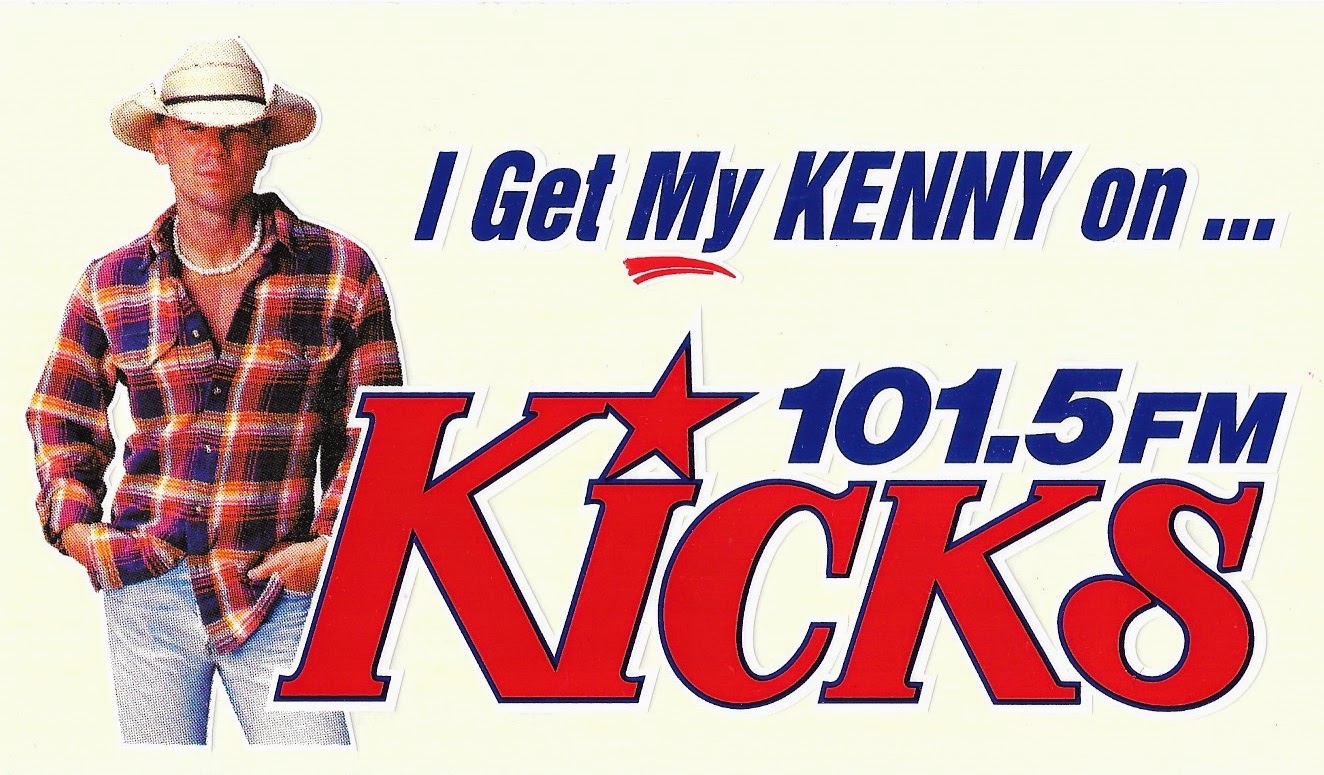 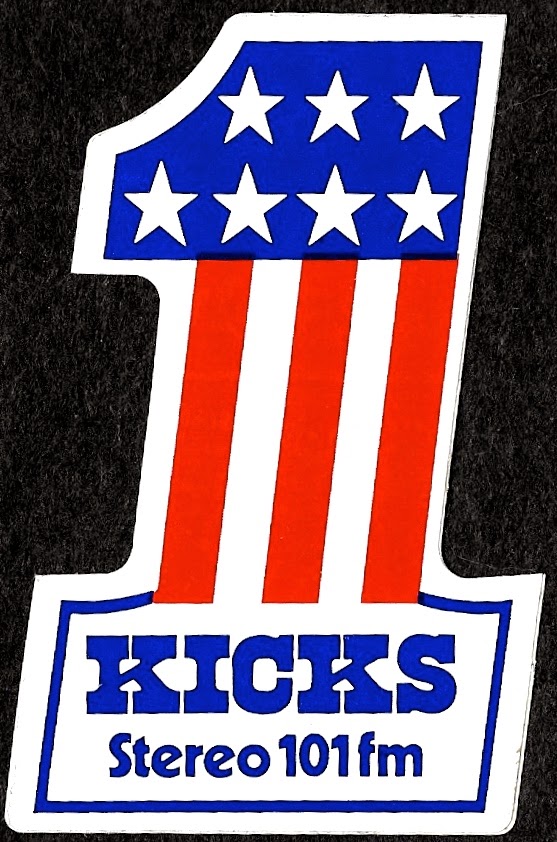 WKHX "Kicks 101.5" is licensed to Marietta, Georgia and is part of the Atlanta radio market.
Posted by Greg at 7:01 AM No comments:

Licensed to New Sharon, Iowa, Contemporary Christian station KCWN signed on the air in October, 1995.  A sticker from when they were branded as "The Bridge" can be seen here. 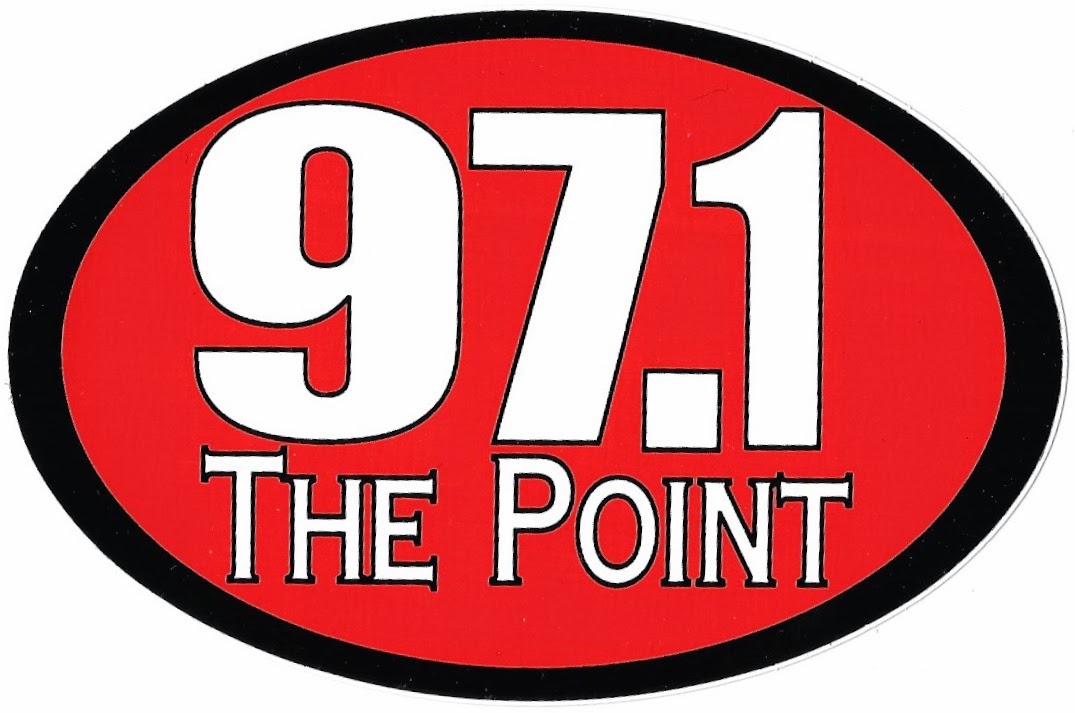 Las Vegas, Nevada's KXPT started out as an Adult Album Alternative station when they went on the air in 1993.  A shift to Classic Hits occurred around 1997 and an official flip to Classic Rock took place in 2005. 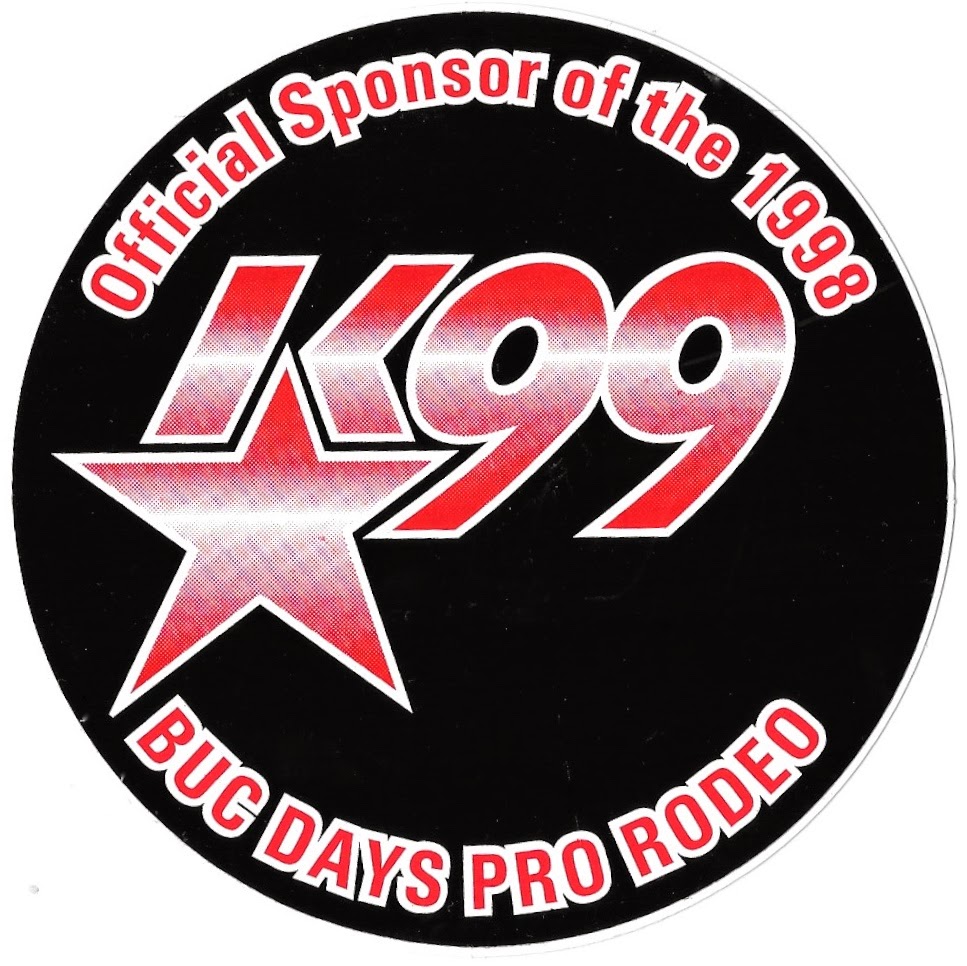 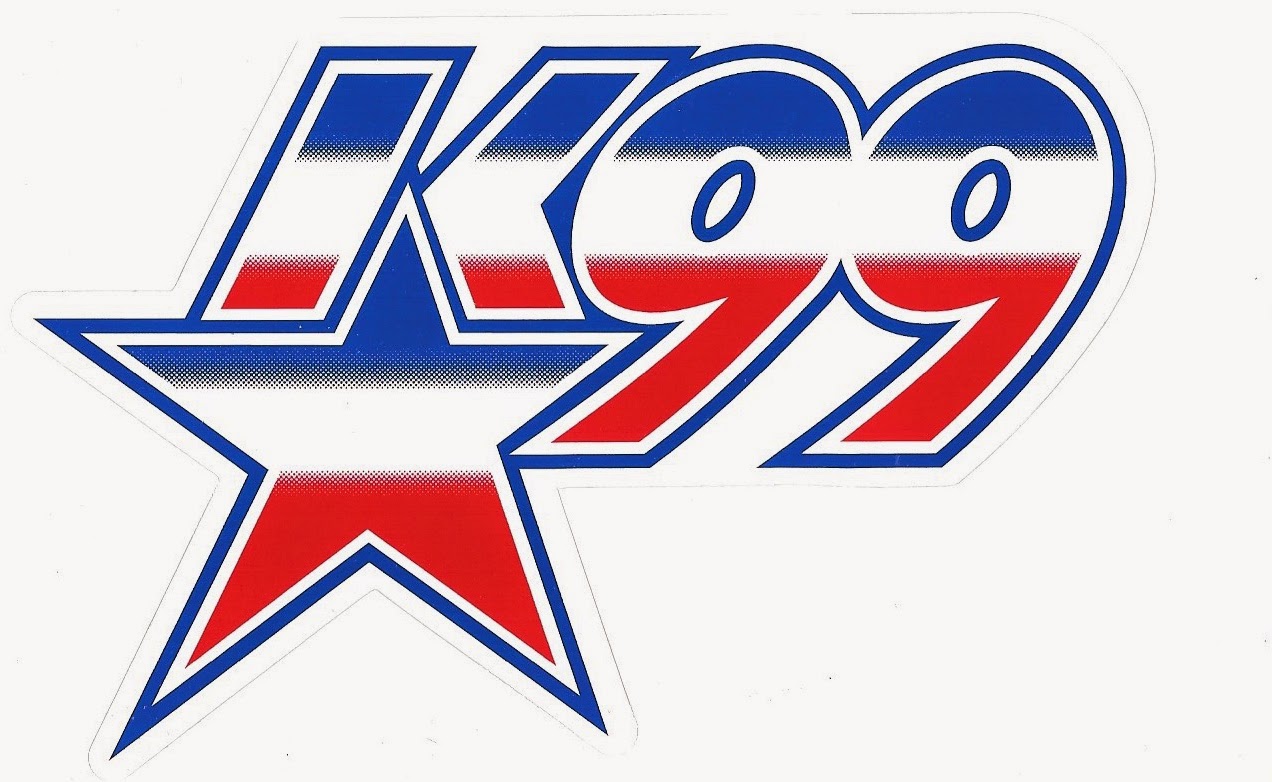 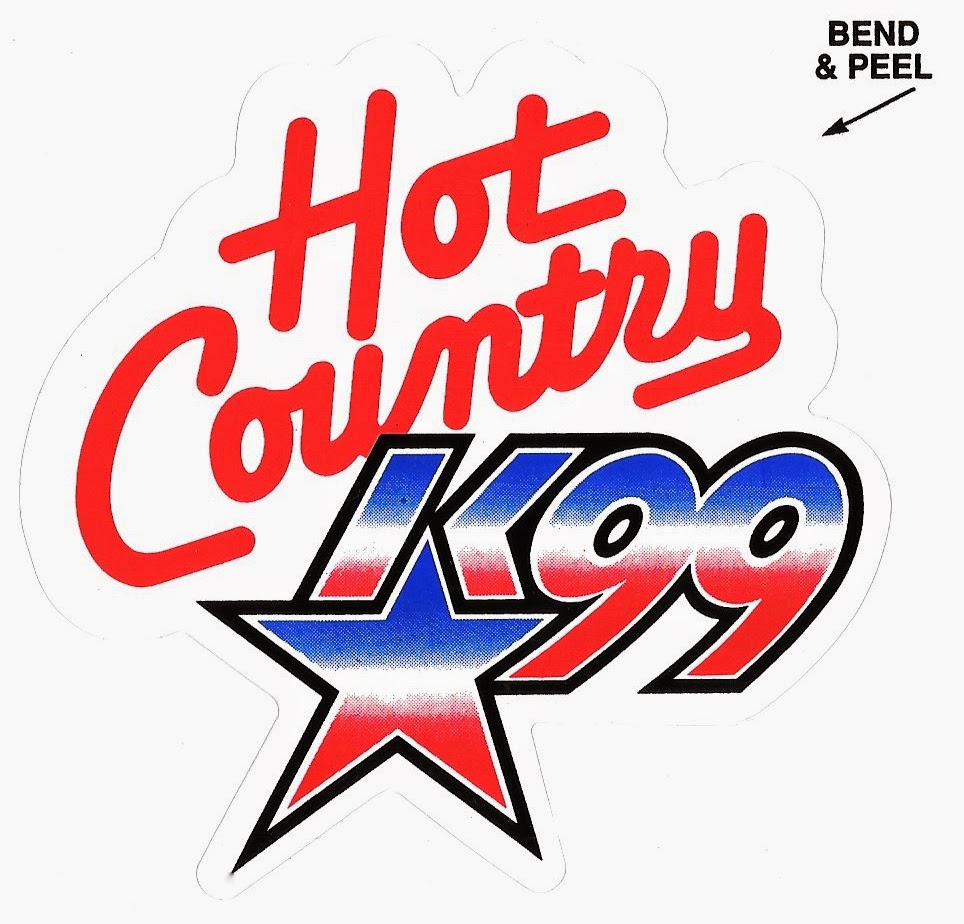 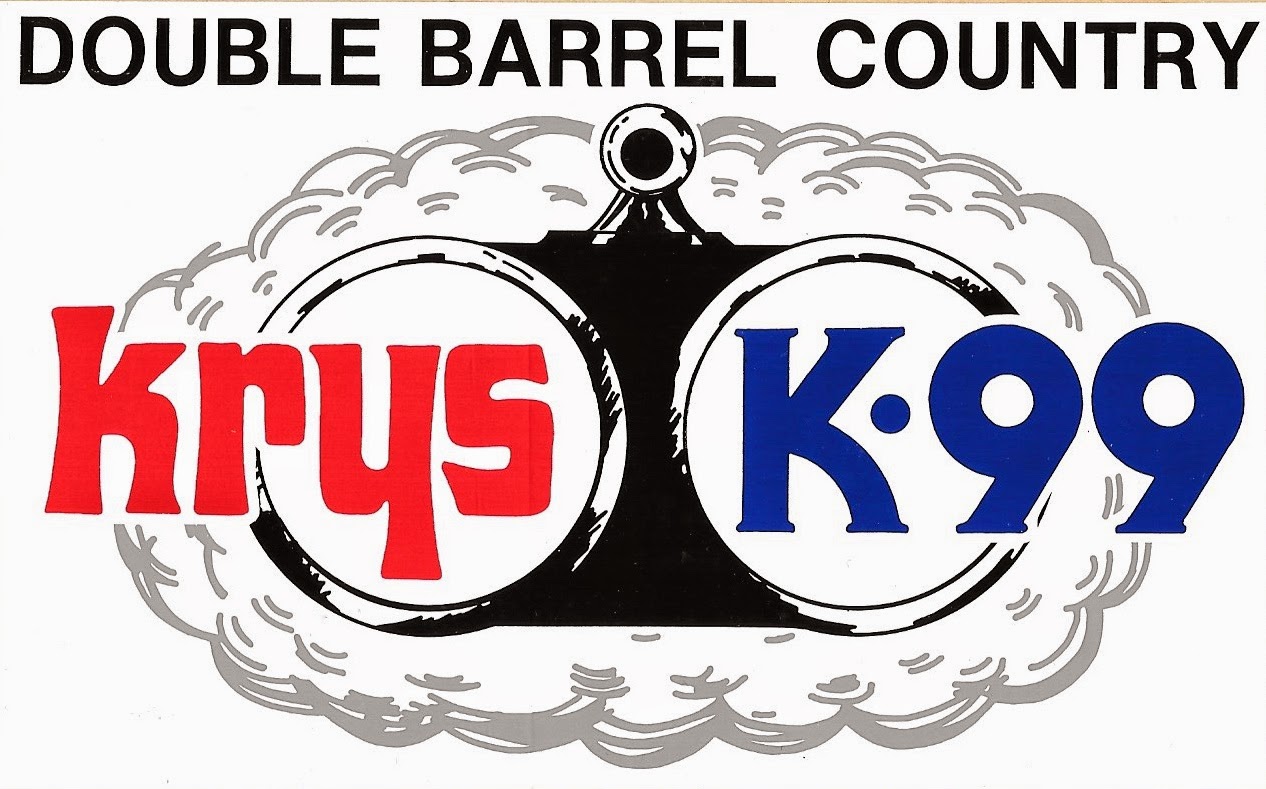 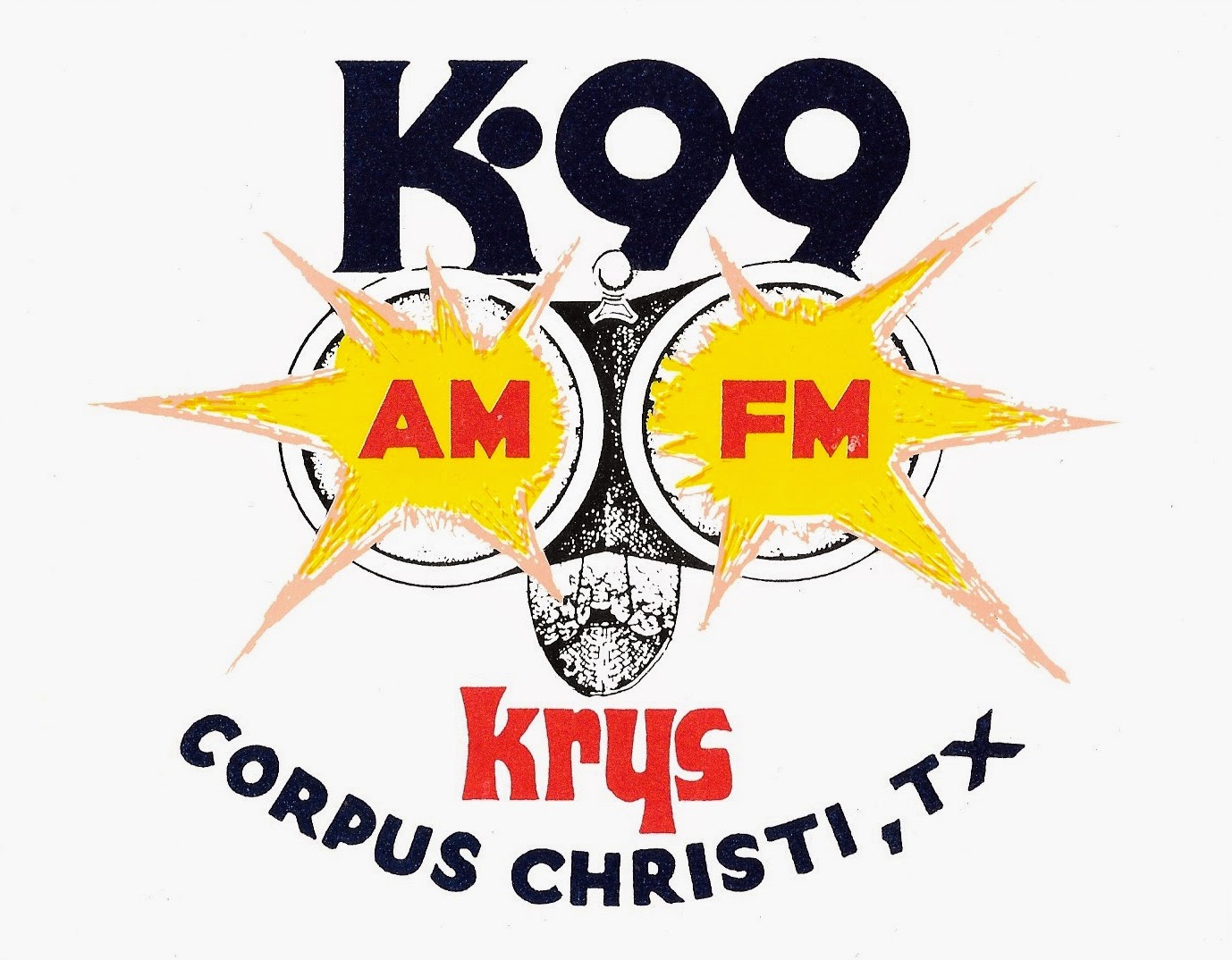 Once upon a time the KRYS call letters existed on both AM and FM simultaneously.  1360 AM is now News/Talk KKTX.  A KRYS AM sticker can be seen here. 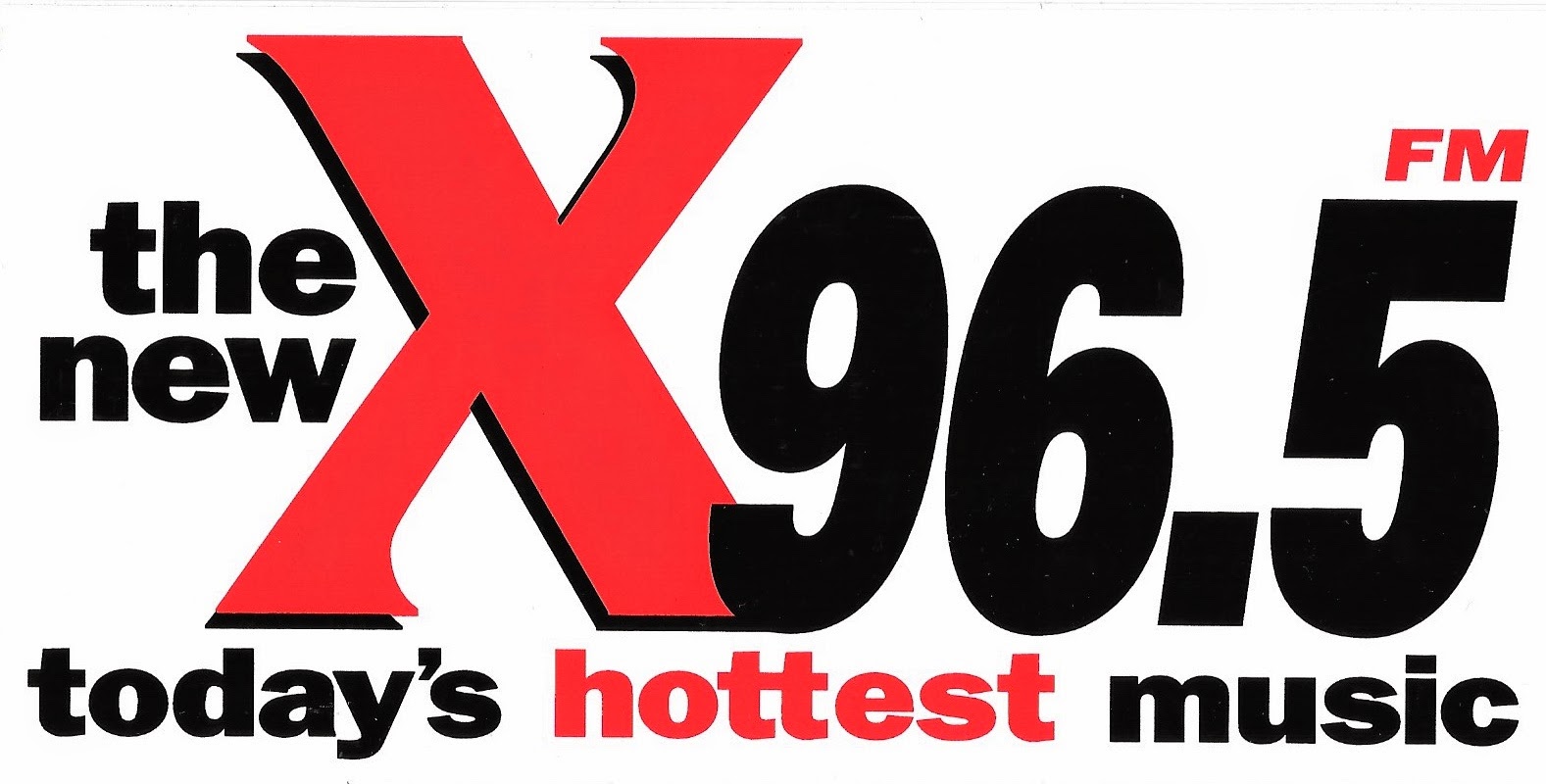 KKXX has carried some version of the Top-40 format in Bakersfield, California since 1977 when they began broadcasting at 107.9 FM.  A late 1980s frequency shift and the addition of more Dance/R&B music resulted in "Power 105.3", one of the first Rhythmic CHR stations in the country.  Another dial position change around 1998 turned KKXX into "X96.5" (and later "Kiss 96.5").
KKXX currently lives at 93.1 FM and is licensed to Shafter, CA.
Posted by Greg at 7:50 PM 3 comments:

WPEN was on the air in Philadelphia, Pennsylvania from 1929 until 2012.  Their 83 years of broadcasting took place over three frequencies and covered a variety of formats including MOR, Adult Standards, Oldies and Sports.  Their early years featured many hours of programming in foreign languages.  They also pioneered the late night live audience talk show and were one of the first stations to use a live seven-second delay tape system.  From 1939 until 1944 WPEN was owned by watchmaker Arde Bulova.
950 AM is now WKDN, a Religious outlet part of the Family Radio network of stations. 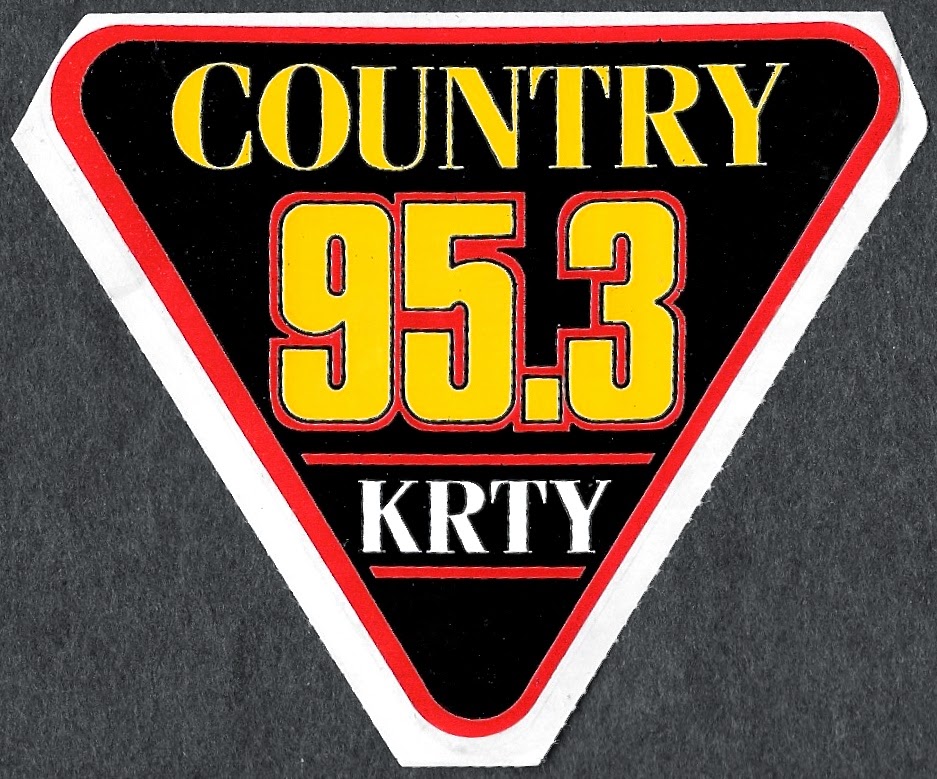 95.3 KRTY plays Country music in San Jose, California.  They have carried this format since the early 1990s. 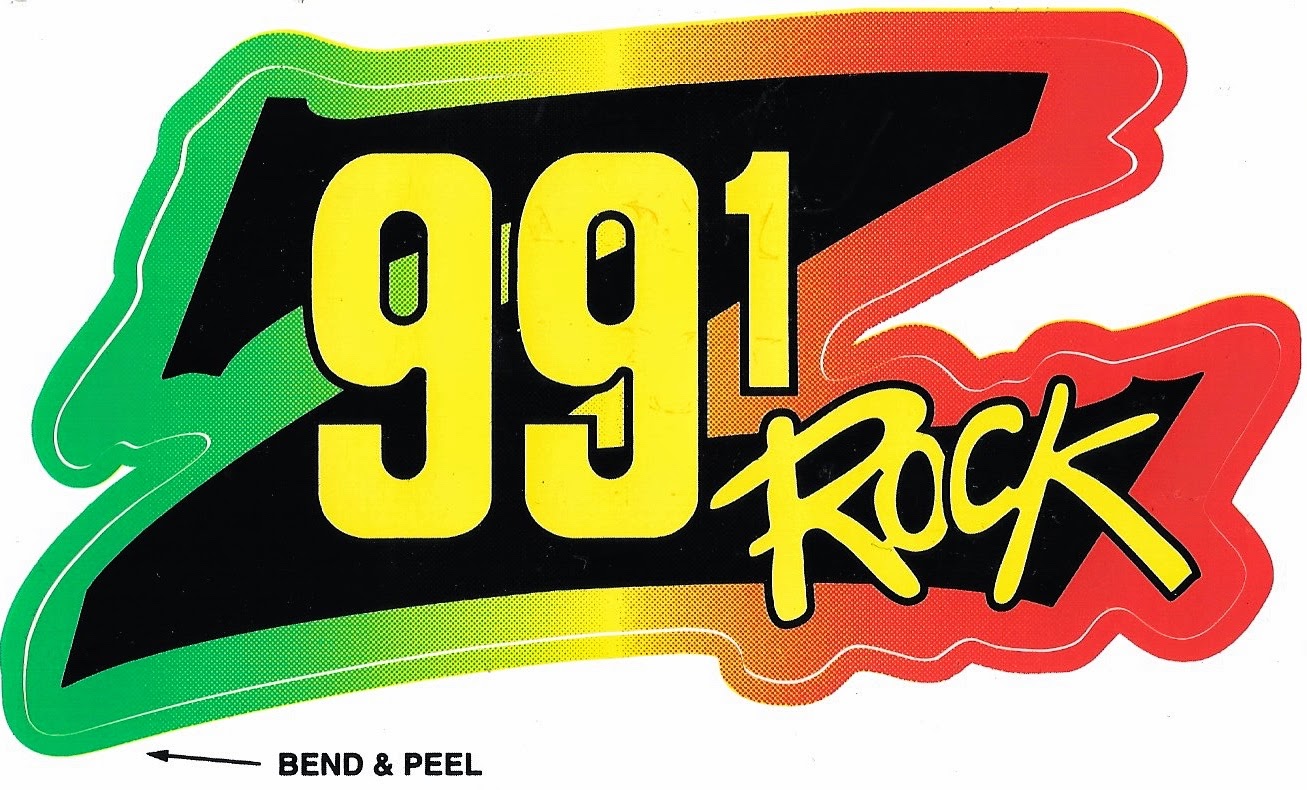 KDZR was an affiliate of the Z Rock radio network of heavy metal/hard rock stations.  They existed from 1992 until 1995 and were licensed to Denton, Texas.  99.1 FM is now KDXX and carries a Spanish Adult Contemporary format.

CIBO is a community radio station licensed to Senneterre, Quebec.  They've been on the air since 1979. 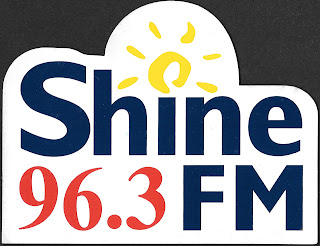 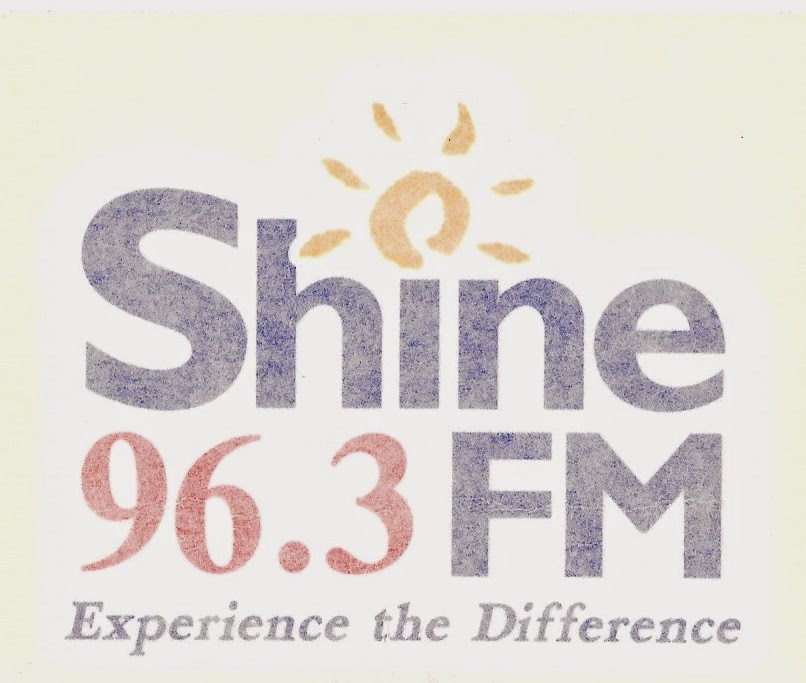 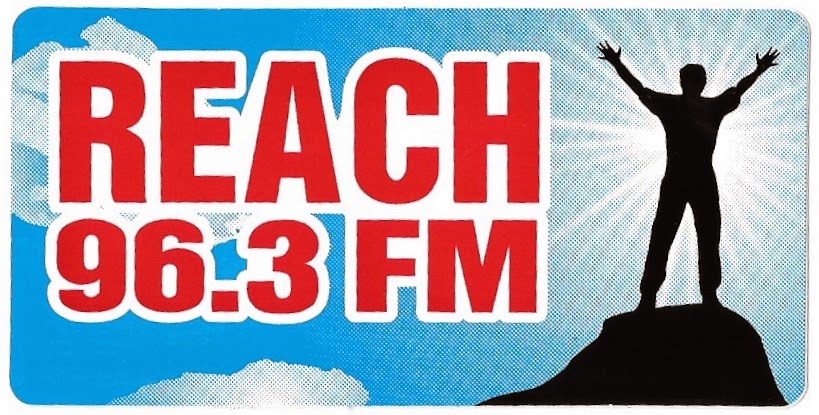 96.3 FM CJGY launched on December 3, 2007 with a Contemporary Christian format in Grande Prairie, Alberta.  In 2013 they rebranded from "Shine FM" to "Reach FM". 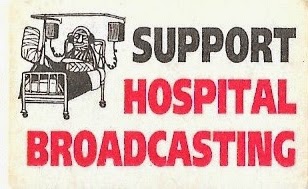 Although hospital radio exists almost exclusively in the United Kingdom, the first known hospital station was set up at Washington, DC's Walter Reed Medical Center in 1919. 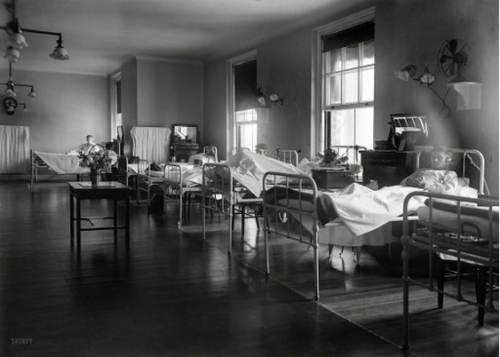 In the 1980s there were over 350 hospital radio stations operating in the UK.  Budget cuts, lack of space and other entertainment options such as laptops, iPods and portable DVD players dropped that number to about 200 today.  Hospital broadcasting has been a training ground for many presenters and DJs including Chris Moyles formerly of BBC Radio 1 and Ken Bruce on BBC Radio 2.
The only hospital radio station I could find in the United States was Radio Lollipop, a British-based charitable organization that has outlets at children's hospitals in Miami, Houston and Orange, California.

Takin' Over the Asylum is a six-part television drama about a hospital radio station.  The 1994 series was produced by BBC Scotland and takes place at a fictional Glasgow psychiatric hospital called St. Jude's Asylum.  The entire thing can be seen on YouTube.  Episode One, Part One is below. 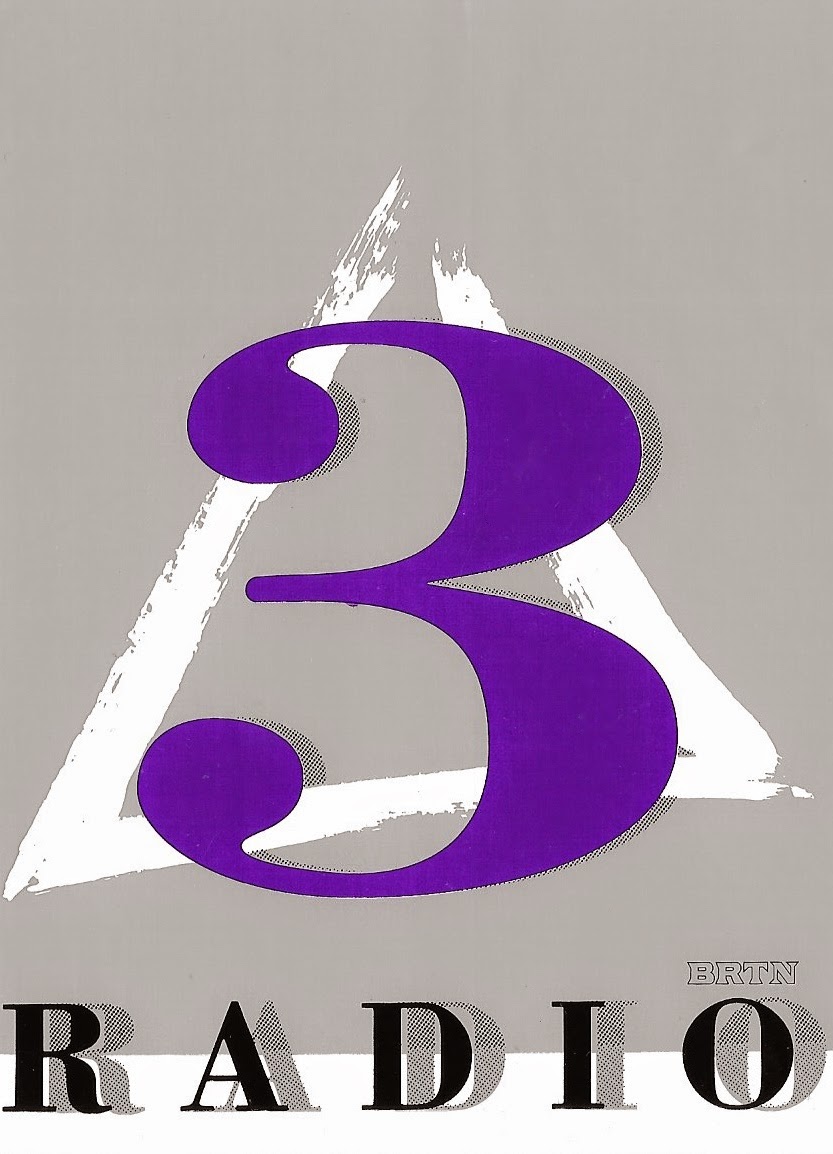 105.9 WVVV started broadcasting in 1964 from Blacksburg, Virginia.  About 20 years ago they must have carried a Rock format as I found them on a 1992 list of affiliate stations for the syndicated show Rockline which appeared on an email list for fans of the band Rush. 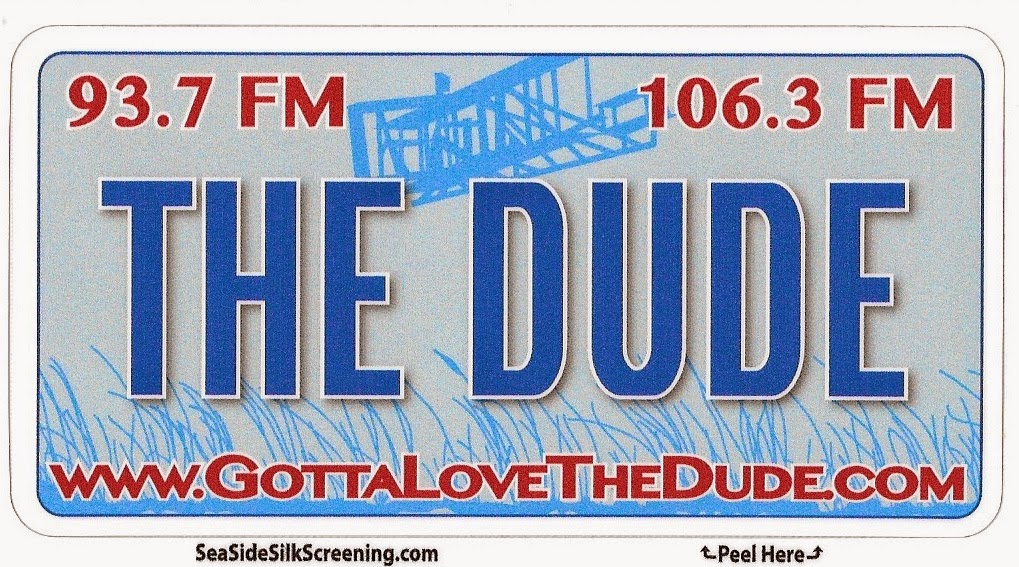 93.7 WNTB and 106.3 WUDE "The Dude" are simulcast Country stations in Wilmington, North Carolina.  They have carried this branding since flipping from News/Talk in December, 2013.  WNTB is licensed to Topsail Beach, NC while WUDE is licensed to Bolivia, NC.

This sticker resembles North Carolina's current license plate which, as a self-respecting resident of Dayton, Ohio, kind of annoys me.  Let me explain...
The NC plate prominently shows the Wright Brothers airplane and boldly proclaims to be "First in Flight."  And yes, Wilbur & Orville Wright did in fact make their famous first flight on the sands of Kitty Hawk, North Carolina. But Ohioans believe that Kitty Hawk merely provided a site with favorable flight conditions, i.e., the necessary winds and some soft sand to land on.   All the research and development, aeronautics testing and brainstorming was done about 15 minutes away from I'm typing this now.  North Carolina's dumb luck at having a breezy beach has allowed them to trumpet their "First in Flight" boast for years.
In 2003 The House of Representatives voted 378-3 for a resolution naming Dayton, Ohio as the place where aviation was born.  The three lawmakers voting against it were from North Carolina, natch. 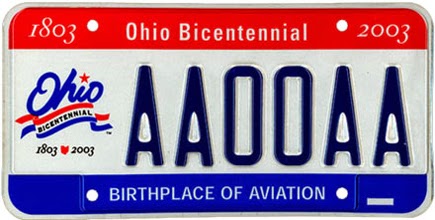 Then again, maybe both sides are wrong...
Posted by Greg at 5:52 PM No comments: