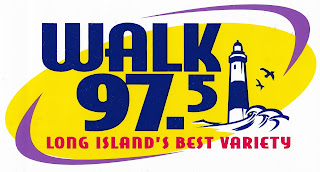 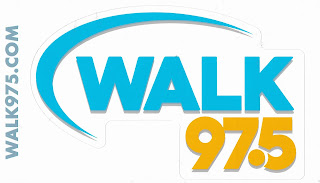 97.5 WALK is a Hot Adult Contemporary station licensed to Patchogue, New York.  Their coverage area encompasses almost all of Long Island as well as parts of Connecticut.
Posted by Greg at 5:45 PM No comments:

103.7 KTHR was a Country station licensed to Grants, New Mexico circa the late 1990s. 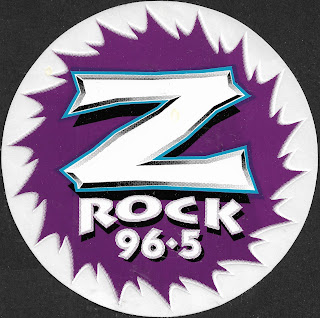 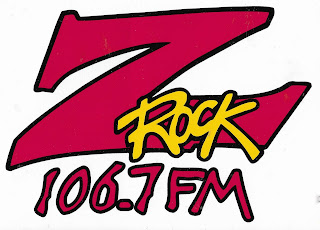 WRZR - Columbus/Johnstown, Ohio
Posted by Greg at 8:31 PM No comments: 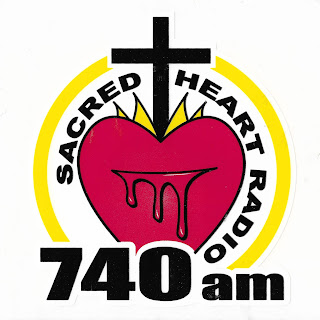 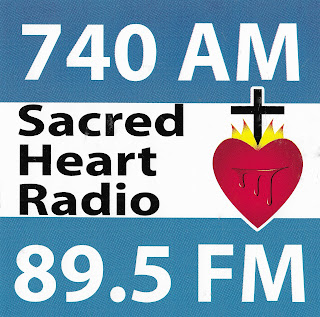 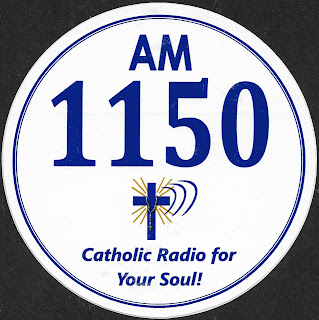 KCEO - Vista, California
Posted by Greg at 9:16 PM No comments: 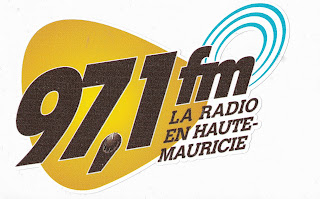 Ciao! 79.6 is a community radio station broadcasting from Atami, Japan 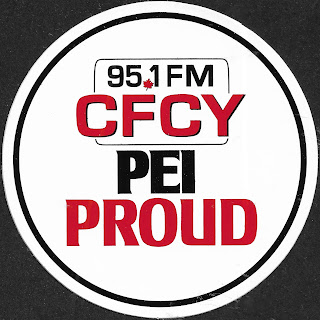 95.1 FM CFCY is a Country station licensed to Charlottetown, Prince Edward Island.  From 1933 until 2006 CFCY broadcast at 630 on the AM dial.  Stickers from their AM days can be found here. 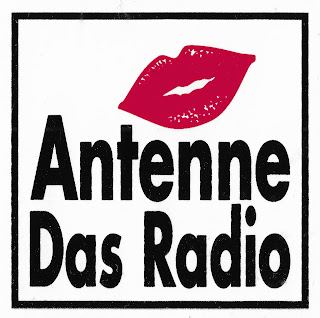 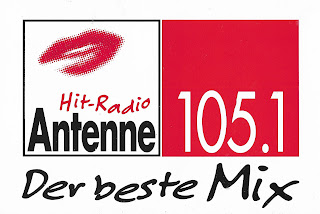 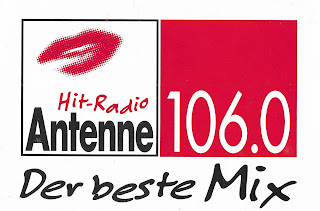 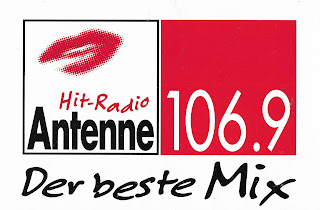 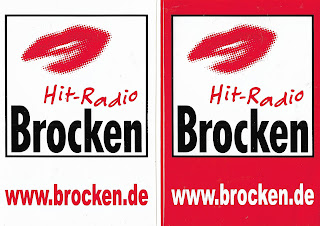 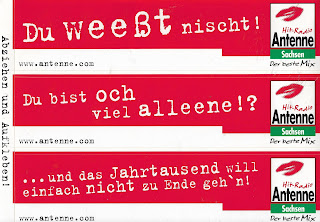 Antenne broadcasts on more than a dozen frequencies throughout Lower Saxony in northwest Germany.

AM 1270 WTSN (W Twin State Network) is a News/Talk/Sports station licensed to Dover, New Hampshire.  They have been broadcasting since August, 1956. 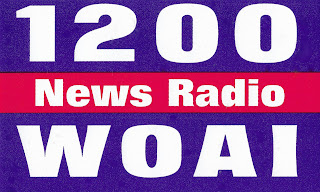 1200 AM WOAI (World Of Agriculture Information) is 50,000-watt, clear-channel, News/Talk station in San Antonio, Texas.  They transmitted their first broadcast on September 25, 1922. 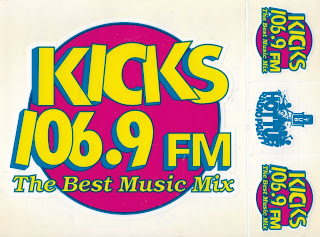 WKXD "106.9 Kicks Country" - Monterey, Tennessee.  Flipped from Hot AC to their current format in 2012 and kept the "Kicks" branding. 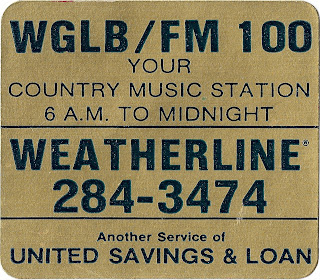 AM 1560 WGLB (W Great Lakes Broadcasting--the original owners) is a Gospel music station licensed to the Milwaukee suburb of Elm Grove, Wisconsin.  These stickers date to when they carried a Country format.  WGLB FM 100.1 went off the air in 2003 and is currently WSJP, an affiliate of the Relevant Radio network of Religious stations.

The slideshow video below is pretty uneventful except for a shot of the greatest mic flag I've ever seen.

1450 AM WIBM went on the air in November, 1924 in Jackson, Michigan.  The call letters have no relation to the IBM Corporation but when the station played Top-40 music their printed record surveys resembled an IBM keypunch card.  Currently, WIBM plays Country music and is simulcast and branded as their translator station W240DG "95.9 The Power Cow" 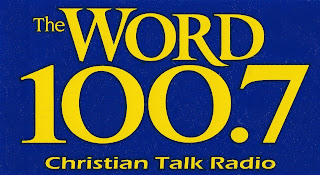 "The Word 100.7 FM" KWRD is a Religious Talk station licensed to Highland Village, Texas near Dallas.  They moved from 94.9 FM to their current frequency in 2000. 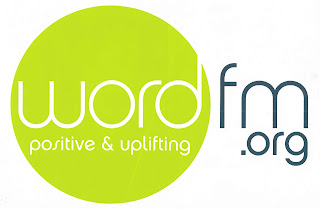 88.9 FM WBYO is the flagship station of "The Word FM" network of Contemporary Christian stations in eastern and south central Pennsylvania. 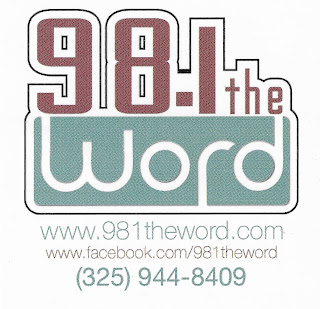 "98.1 The Word" KAGA is a low-power Religious station licensed to San Angelo, Texas.
Posted by Greg at 12:23 PM No comments: 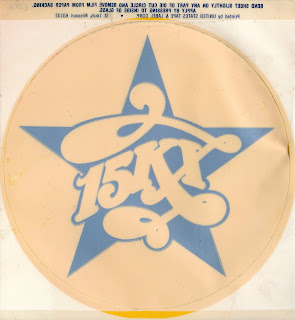 This sticker has been difficult to identify.  Someone wrote KKCS and KXXX on the back of it but I think it's actually from KXXV.  The decal is definitely from Colorado Springs, Colorado.  I found an April, 1979 newspaper article mentioning "15KX" and their seven-story hot air balloon where on Easter they dropped KX eggs with money and bumper stickers in them (probably the above sticker.)  The article also mentions their "No Bee Gees Weekend" as well as the station-sponsored  "We Protest KX Refusing to Play the Bee Gees" protest.  The Broadcasting Yearbook from that same year lists 1530 AM as having the call letters KXXV.  In 1978 they were KRYT and '80, '81 and '82 they were KKCS so the KXXV calls match the "15KX" branding better.  Anybody know for sure what the call letters of this sticker was?  Leave a comment and more importantly email me at radiodecals@gmail.com. The comments on this blog have changed and I'm not positive that I'm notified any more when a comment is left.

UPDATE:  This decal is indeed from KXXV "on the disco side of your dial."  Thanks for the confirmation Joel and Christopher! 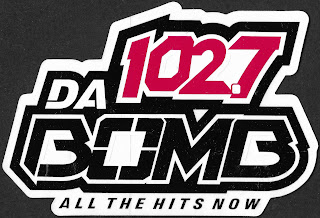 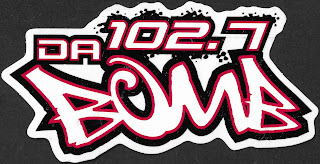 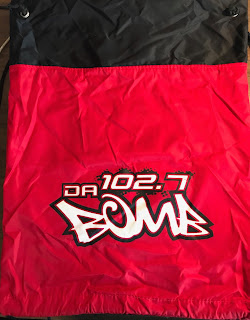 Three stickers and a string bag from KDDB "102.7 Da Bomb," a CHR station in Honolulu, Hawaii.  They've carried this format since 2000 and are licensed to Waipahu, HI.
Posted by Greg at 5:29 PM No comments: