Radio Stephansdom is a Classical music station from Vienna, Austria. The city skyline can be seen on the sticker including the dome of St. Peter's Church and the spire of St. Stephen's Cathedral from which the station gets its name.

KGCR is a Religious station licensed to Goodland, Kansas.
Posted by Greg at 10:28 AM No comments: 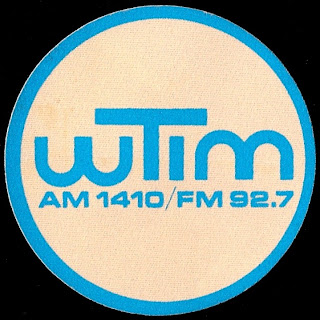 WTIM was a Beautiful Music/MOR station from Taylorsville, Illinois. A different WTIM decal was posted here and an interesting personal history of one man's employment at the station can be found here. 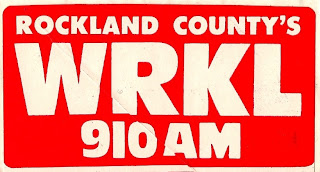 In 1999 they switched to all-Polish programming "Polskie Radio."
Posted by Greg at 5:57 AM No comments: 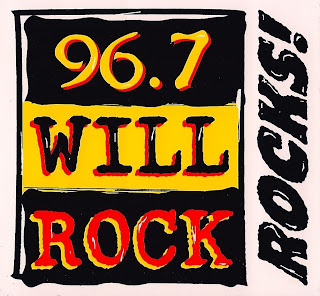 WLLI began as WJOL-FM, simulcasting the Beautiful Music of sister-station WJOL-AM in Joliet, Illinois. The call letter switch to WLLI (an anagram for WILL County, Illinois) came in the late 1970s. Music changes over the years included Country, Rock and probably some kind of Contemporary Hit format given the "Listen To Win" sticker above. At one time WLLI was owned by a millionaire who made his fortune from the card game UNO. 96.7 FM is currently a Hot Adult Contemporary outlet "Star 96.7" WSSR.
Posted by Greg at 4:41 PM No comments: 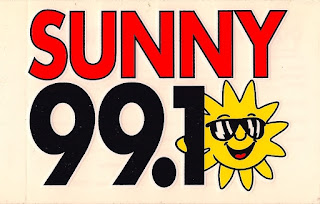 KODA "Sunny 99.1" is an Adult Contemporary station licensed to Houston, Texas. They were the #1-rated radio station in that market according to the latest Arbitron results. 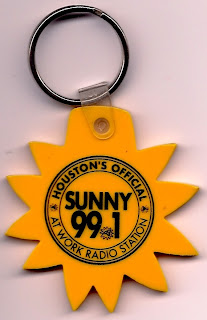 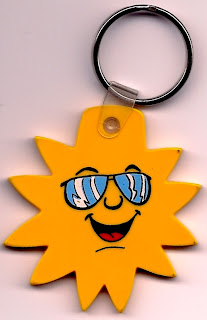 The front and back of a KODA keychain.

AM 1570 WFUR (W FURniture City Radio) has been a Religious station in Grand Rapids, Michigan since 1950. The call letters on the sticker are bright orange but turned a lovely shade of pink by my scanner. Here's a similar sticker from what was probably a co-owned station.
Posted by Greg at 5:14 AM No comments:

"Oldies 104" is WABK from Gardiner, Maine. They have shifted away from traditional oldies and are now a Classic Hits station.
Posted by Greg at 10:04 AM No comments: 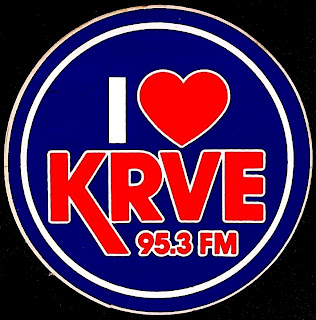 IT'S THE END OF THE WORLD!...again

Last August I wrote about a fool who spent a bunch of money on bus ads proclaiming the end of the world as May 21, 2011. Well folks, this is it! Nice knowin' ya. 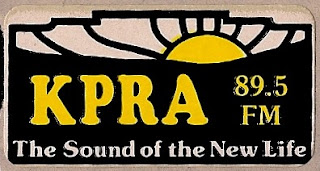 Licensed to Ukiah, California, KPRA is one of about 160 stations and translators in the Family Radio Christian Network based in Oakland. Family Radio was founded in 1959 by Harold Camping who also predicted that the world would end back in 1994.
UPDATE: After being "mystified" and "bewildered" that his prediction didn't come true, Camping now says that today's Judgment Day was spiritual not physical. The actual end of the world will now be October 21st.
Posted by Greg at 9:17 PM No comments: 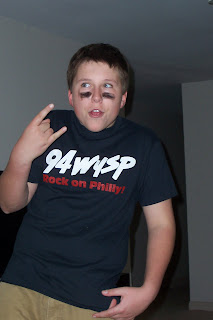 AM 1470 KBSN is a News/Talk station licensed to Moses Lake, Washington. "Working together for a beautiful body?" That's almost as weird/creepy as this sticker slogan.
Posted by Greg at 11:40 AM 1 comment:

Controradio was founded in 1975 and broadcasts from Florence, Italy.
Posted by Greg at 11:31 AM No comments:

Crap From the Past and KFAI

KFAI (K Fresh Air, Inc.--the nonprofit organization that owns the station) is a community broadcaster from Minneapolis, Minnesota which is staffed mostly by volunteers. They employ a block formatted schedule with a wide variety of eclectic programming.
My favorite show on KFAI by far is Crap From the Past which can be heard Friday nights at 10:30 local time. Hosted by Ron "Boogiemonster" Gerber, CFtP is "a pop music radio show for people who already know plenty about pop music." As taken from the introduction to each show, this would include such things as "funk, rock, Peter Gabriel singing in German, soul, old-school rap, ABBA singing in Spanish, glam, hair metal, Milli Vanilli singing in English, and, of course, disco." Themed shows have included songs with especially good bridges, songs that spent exactly one week on the Billboard Top 40 and songs that involve telephones (a two-parter!) It's weird, wonderful stuff and the best part is that every show has been archived all the way back to 1999 (with some internet-only and pre-KFAI shows dating back to 1992.) As a child of the eighties who used to listen to Casey Kasem religiously but was more interested in the songs that barely flirted with the charts, this show is right in my wheelhouse. Gerber and I both lived in western New York around the same time and had a healthy appreciation for CFNY and Toronto record stores so maybe there's some kind of cosmic musical connection....all I know is I LOVE THIS SHOW! It's a graduate level course in pop music. Start earning your degree now!
Posted by Greg at 9:35 AM No comments:

Labels: crap from the past, kfai, minneapolis

4AAA plays a mixture of Country and Indigenous music in Brisbane, Australia. I like the clever use of boomerangs to form the call letters in the bottom sticker. Looking at their website, it appears they've dropped use of the calls in their imaging entirely.
Posted by Greg at 3:08 AM No comments:

Anybody know what station this K-FOX sticker is from? Is it an earlier decal from these guys?
Posted by Greg at 12:42 PM 2 comments:

WXLO is a Hot Adult Contemporary station licensed to Fitchburg, Massachusetts. The call letters were chosen as a tribute to New York City's WXLO which existed from 1972 to 1981.
Posted by Greg at 1:50 PM No comments: 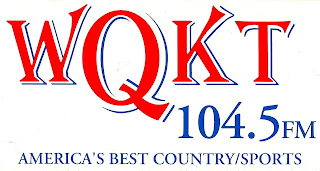 WQKT is a Country station licensed to Wooster, Ohio. They also broadcast all of Cleveland's professional sports teams, Ohio State and The College of Wooster football and basketball games and local high school sports.
Posted by Greg at 3:22 PM 1 comment: 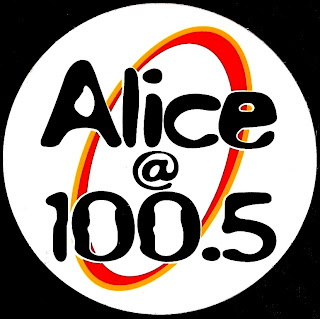 "Alice @102.7" KALZ is a Hot Adult Contemporary station from Fresno, California. In 2006 they moved down the dial to 96.7 FM and are now licensed to Fowler, CA. 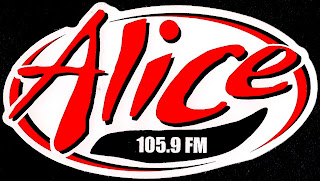 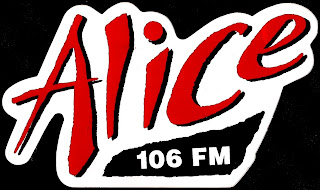 "Alice 105.9" KALC airs an Adult Top-40 format in Denver, Colorado. They were the first station to be dubbed as "Alice" in 1994, perhaps starting a semi-interesting trend of "people-named" radio stations like Jack, Joe, Bob, Ben, Bill, Doug and Hank.
Posted by Greg at 1:56 PM No comments: 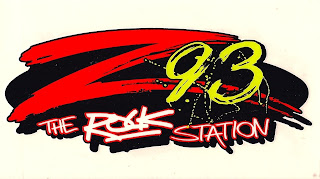 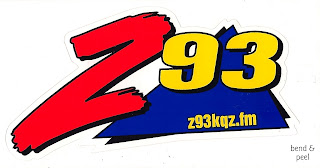 "Z93" WKQZ is an Active Rock station licensed to Midland, Michigan.
Posted by Greg at 1:43 PM No comments:

WMOM is a hybrid Top-40/Alternative station licensed to Pentwater, Michigan. Always listen to your mom!
Posted by Greg at 11:59 AM No comments: 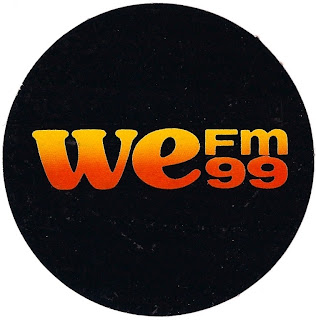 WEFM (W Eugene F. McDonald--an executive at the Zenith Radio Corporation) was a Top-40 station in Chicago, Illinois from 1978 to 1982. Prior to this they were a Classical station and the second station in the United States to broadcast in FM stereo. 99.5 FM is currently Country WUSN. 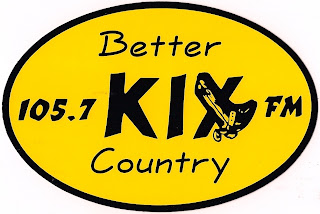 "Kix 105" KXKX is a Country station licensed to the oddly named Knob Noster, Missouri. The town's name came from two local hills, or "knobs," that appear in an otherwise flat part of the state. Combined with "noster," which is Latin for "our," and the town's name is essentially "Our Hill."
Posted by Greg at 10:51 AM 2 comments:

KPYK is a Big Band/Adult Standards station licensed to Terrell, Texas.
Posted by Greg at 1:35 PM No comments:

Last Sunday, Pope John Paul II was beatified in a ceremony held at St. Peter's Square in the Vatican. Beatification declares that a person be "blessed" and is the last step to becoming a full blown saint. For sainthood to take place, a miracle must have been performed and it is said that John Paul cured a nun of Parkinson's disease. I'm not a Catholic so I find all this beatification a bit baffling. 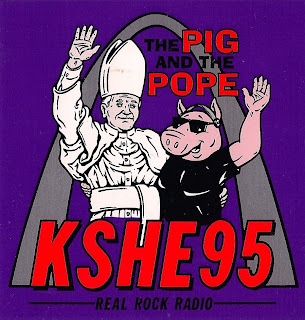 This sticker came out when the Pope visited St. Louis, Missouri in January, 1999. It was John Paul's last visit to the US before his death in 2005. Over 104,000 people attended Mass at the Trans World Dome which set a record for the largest indoor gathering ever in the United States. KSHE is a Rock station licensed to Crestwood, MO. Sweetmeat is the station's longtime pig mascot. 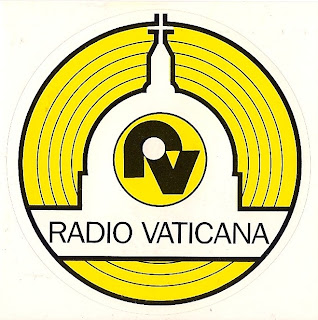 Radio Vaticana broadcasts in 47 languages on shortwave, mediumwave, FM, satellite and the internet. Their first broadcast was in February, 1931 and was attended by Guglielmo Marconi, who "invented" radio. In 2009, they began airing commercials for the first time in order to meet rising costs. Vatican Radio programming includes news, religious ceremonies and music.
Posted by Greg at 12:30 PM No comments: 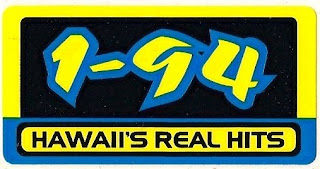 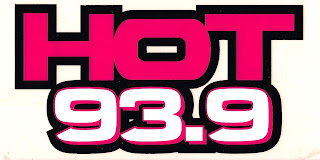 KIKI was a Rhythmic Top-40 station from Honolulu, Hawaii. In 2010 they became KHJZ, a Rhythmic Adult Contemporary station known as "93.9 Jamz."
Posted by Greg at 2:02 PM 1 comment: