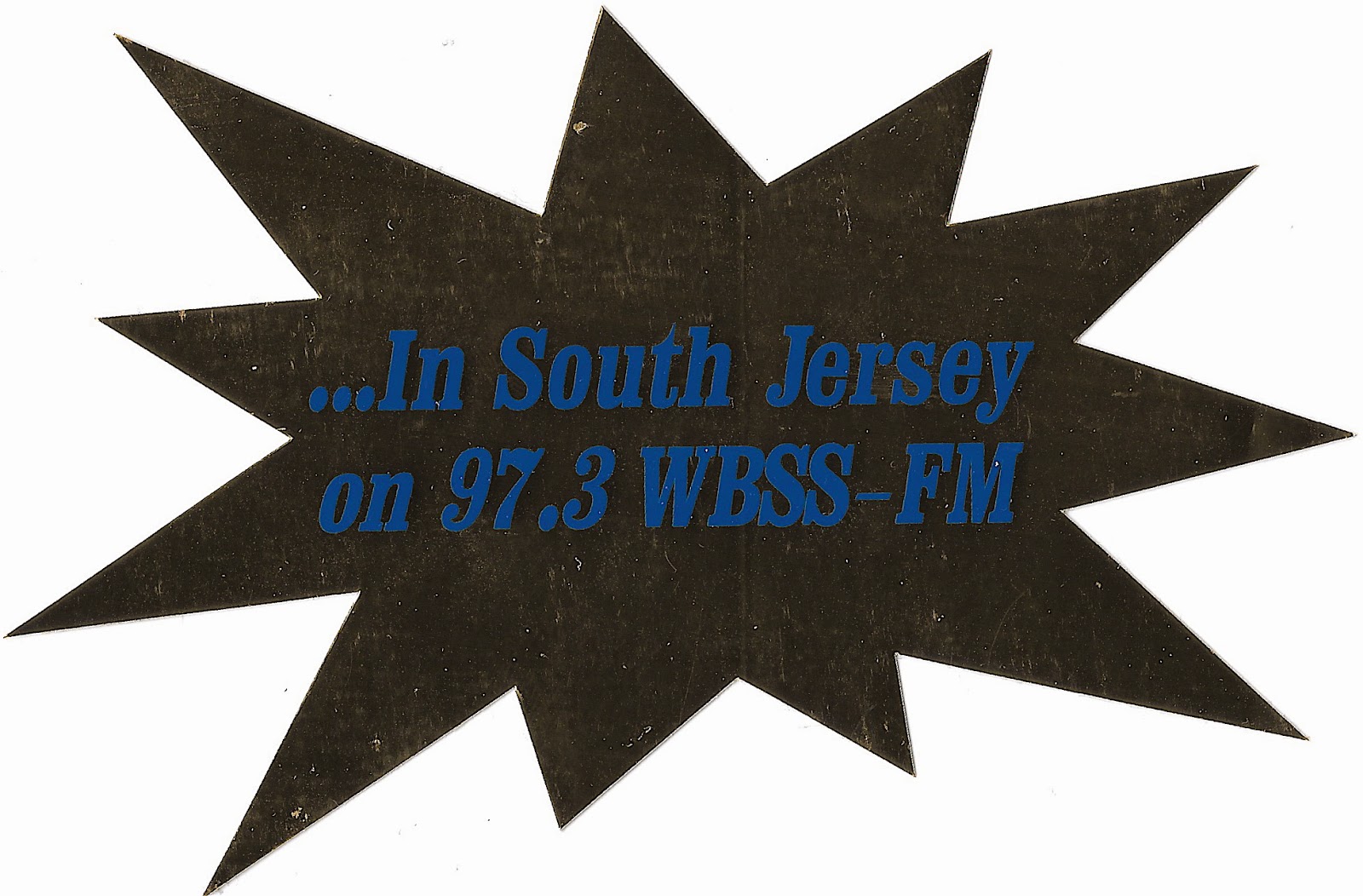 A gold foil sticker from WBSS in Atlantic City, New Jersey.  In the 14 years they carried the WBSS call letters (1988-2002) 97.3 FM alternated from CHR to News/Talk/Oldies to Modern AC.  The frequency is currently WENJ, an ESPN Radio affiliate.  WBSS was licensed to Millville, NJ.  A sticker from when they were branded "The Boss" can be seen here.
Posted by Greg at 2:02 PM No comments:

94.7 KUMU is a Rhythmic Adult Contemporary station in Honolulu, Hawaii. 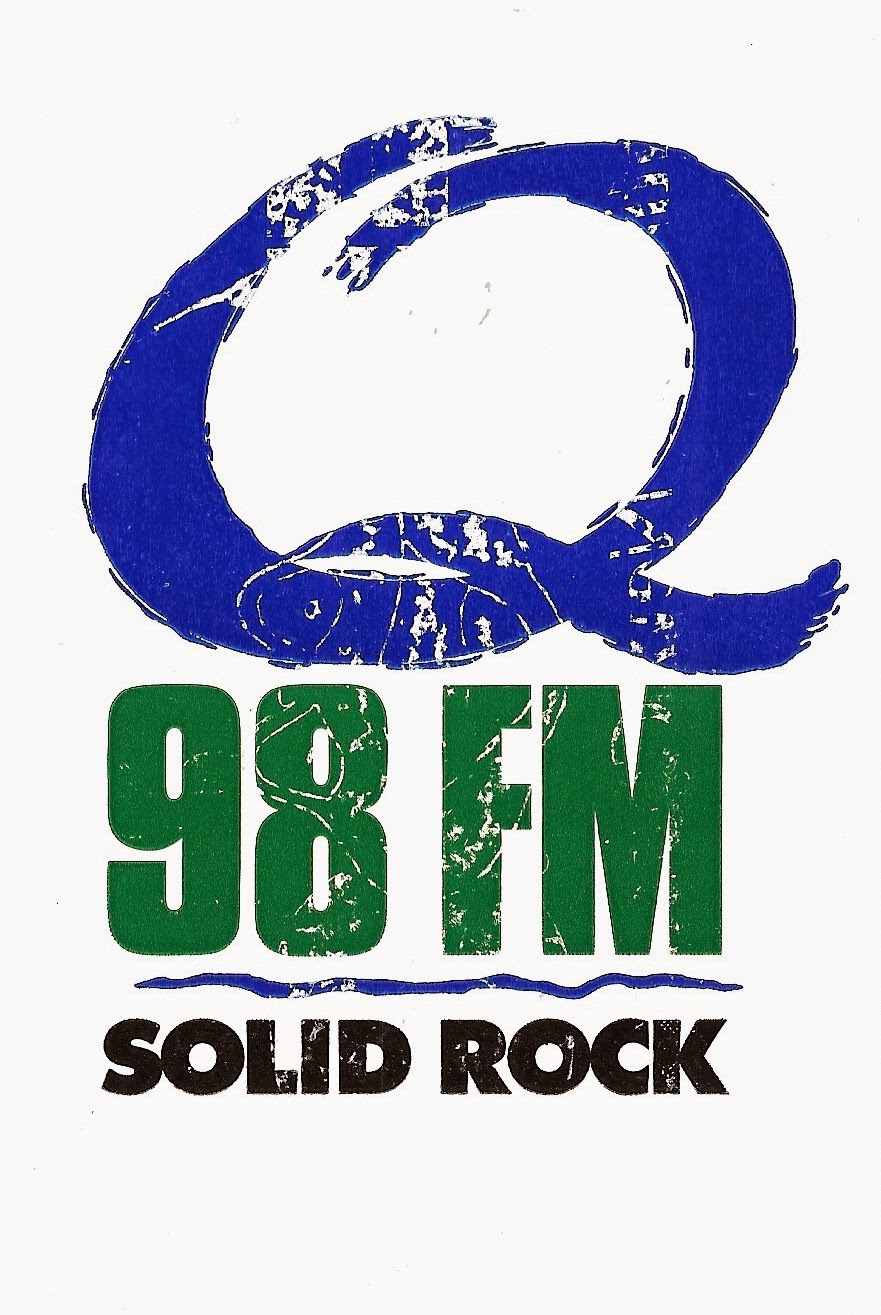 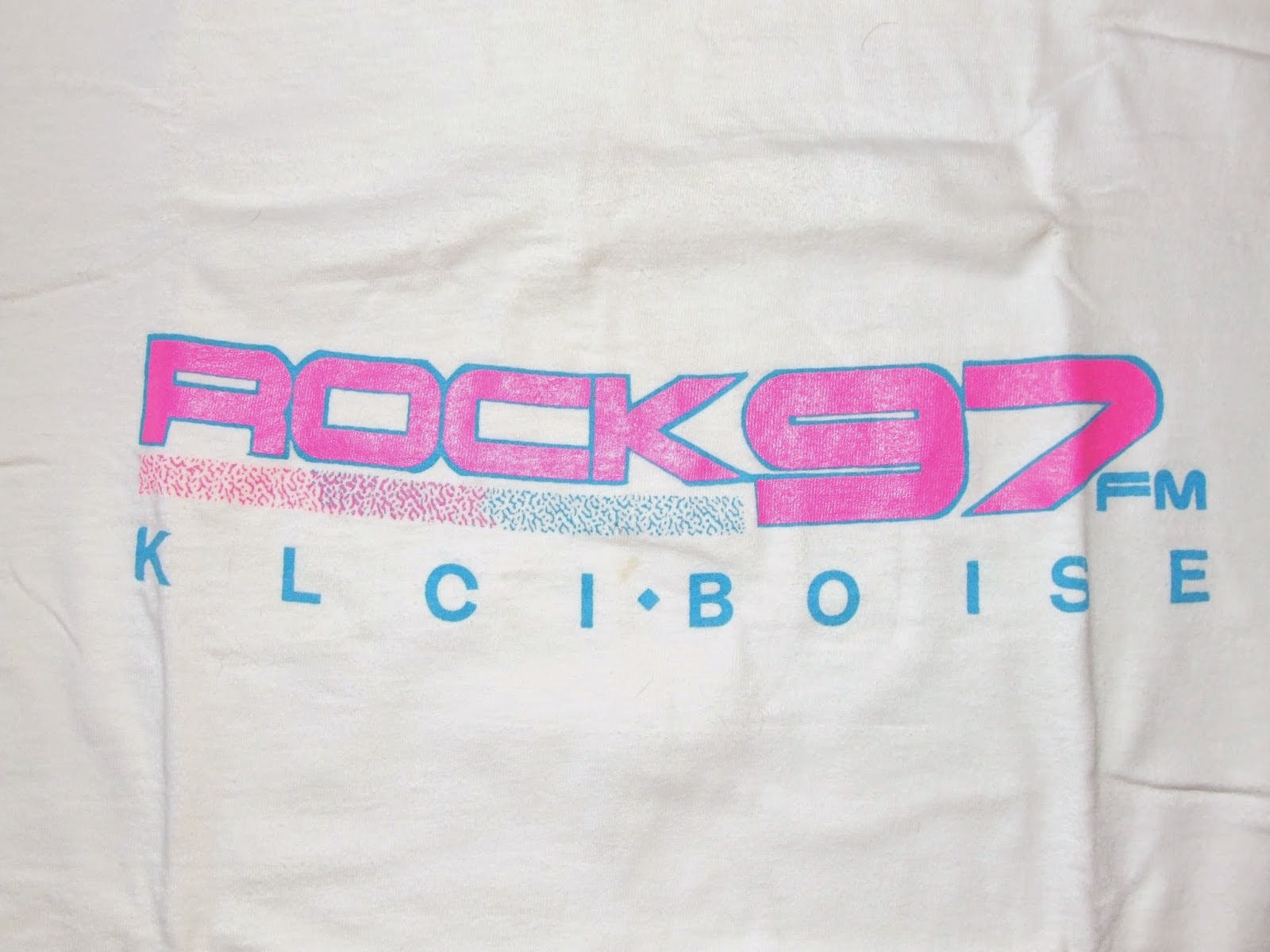 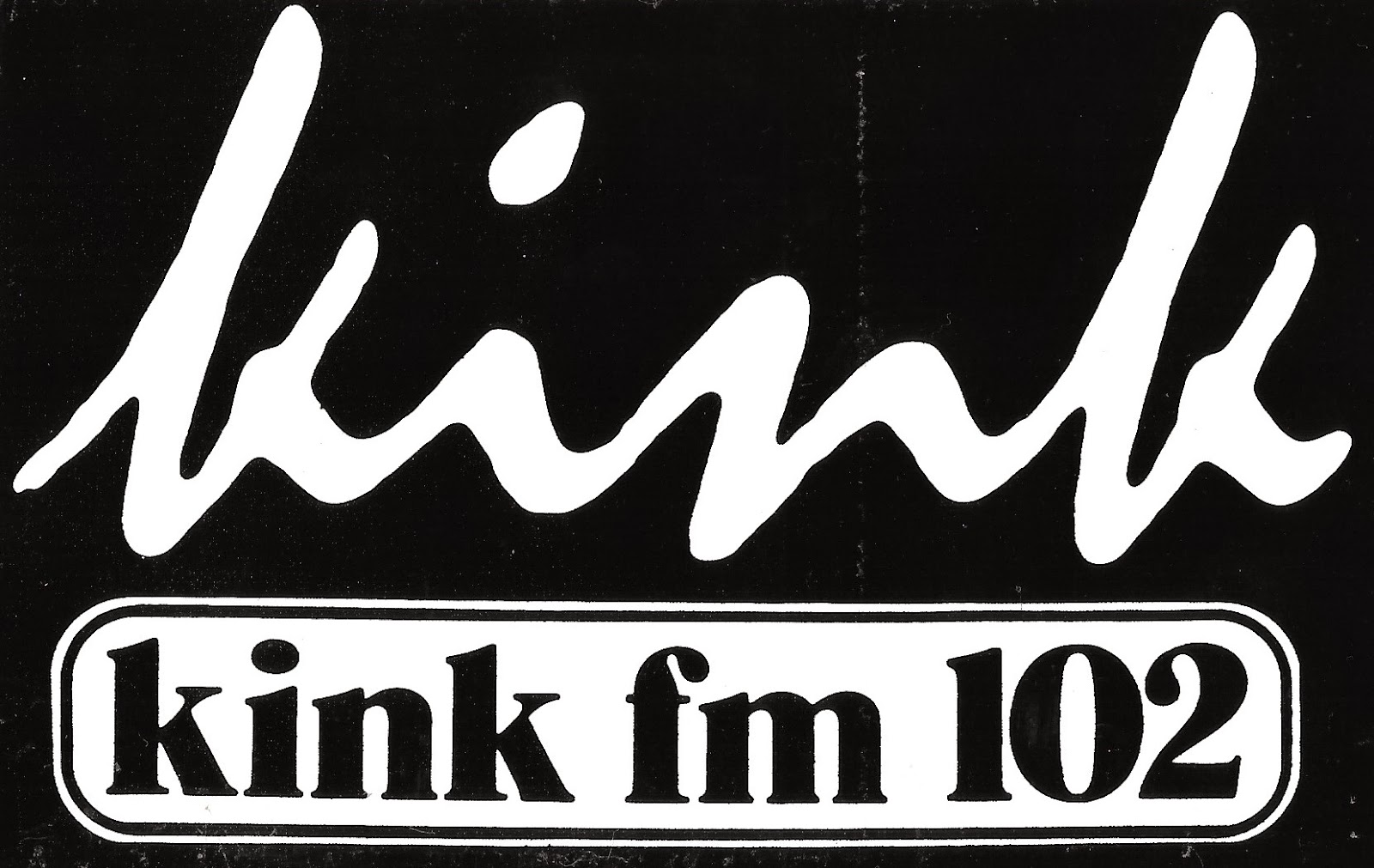 KINK FM began broadcasting to Portland, Oregon on Christmas Day, 1968.  The heritage Adult Album Alternative station has always maintained a spirit of independence and a focus on musical discovery as evidenced by their longtime "True To The Music" slogan.  KINK was included on this excellent list of the "Most Intriguing Stations of 2014" penned by radio observer Sean Ross. 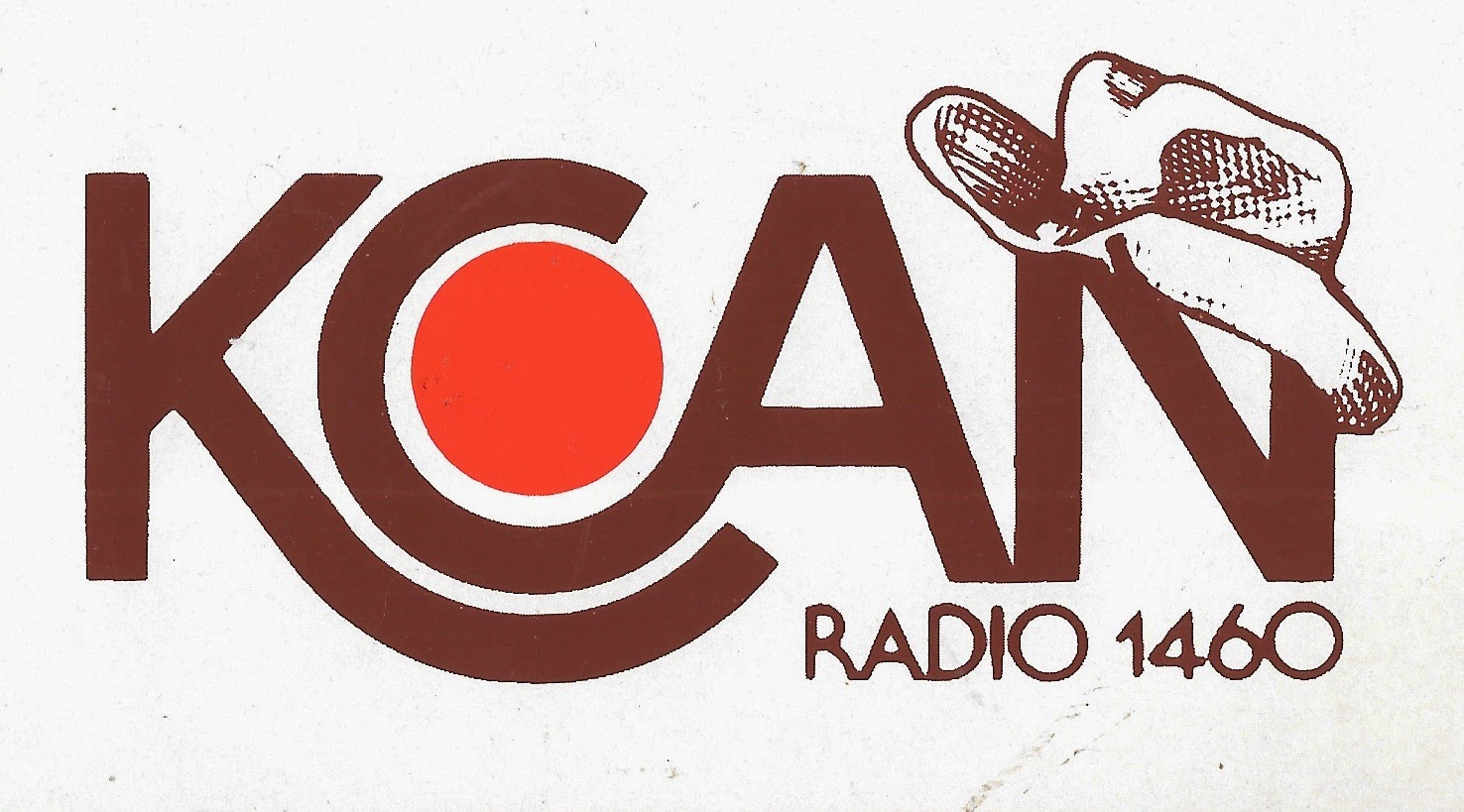 Licensed to El Reno, Oklahoma, KCAN was a Country music station from 1978 until 1985.  1460 AM is currently a Spanish Variety outlet with call letters KZUE. 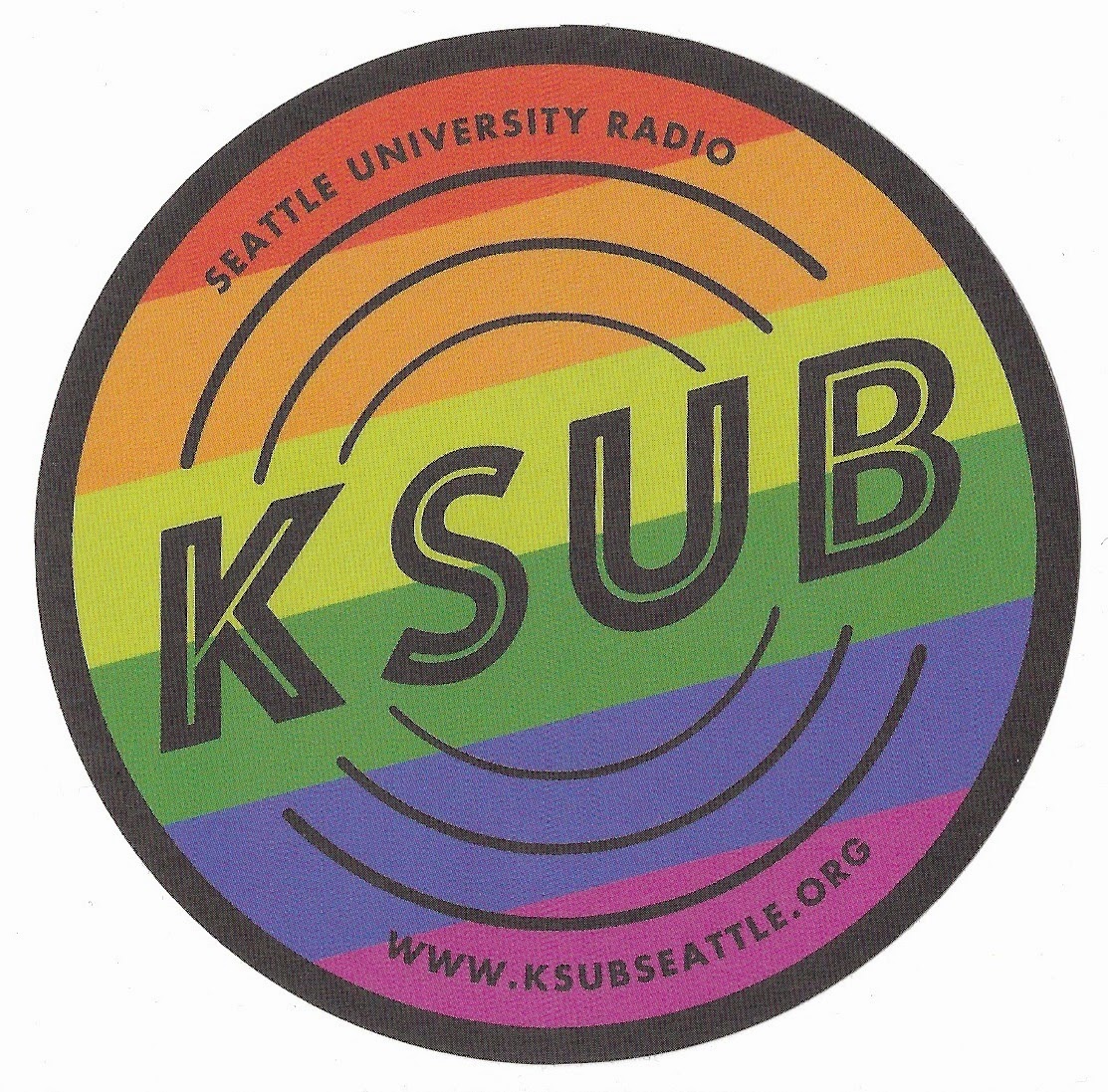 KSUB is run by the students, faculty and alumni of Seattle University in Seattle, Washington.  This May, 2014 article says that the station has been granted a low-power FM license but it seems that they are still internet-only at this point as there is no mention of a frequency on the KSUB website.

UPDATE:  The YouTube description of this KSUB video mentions that they broadcast at 89.1 FM. 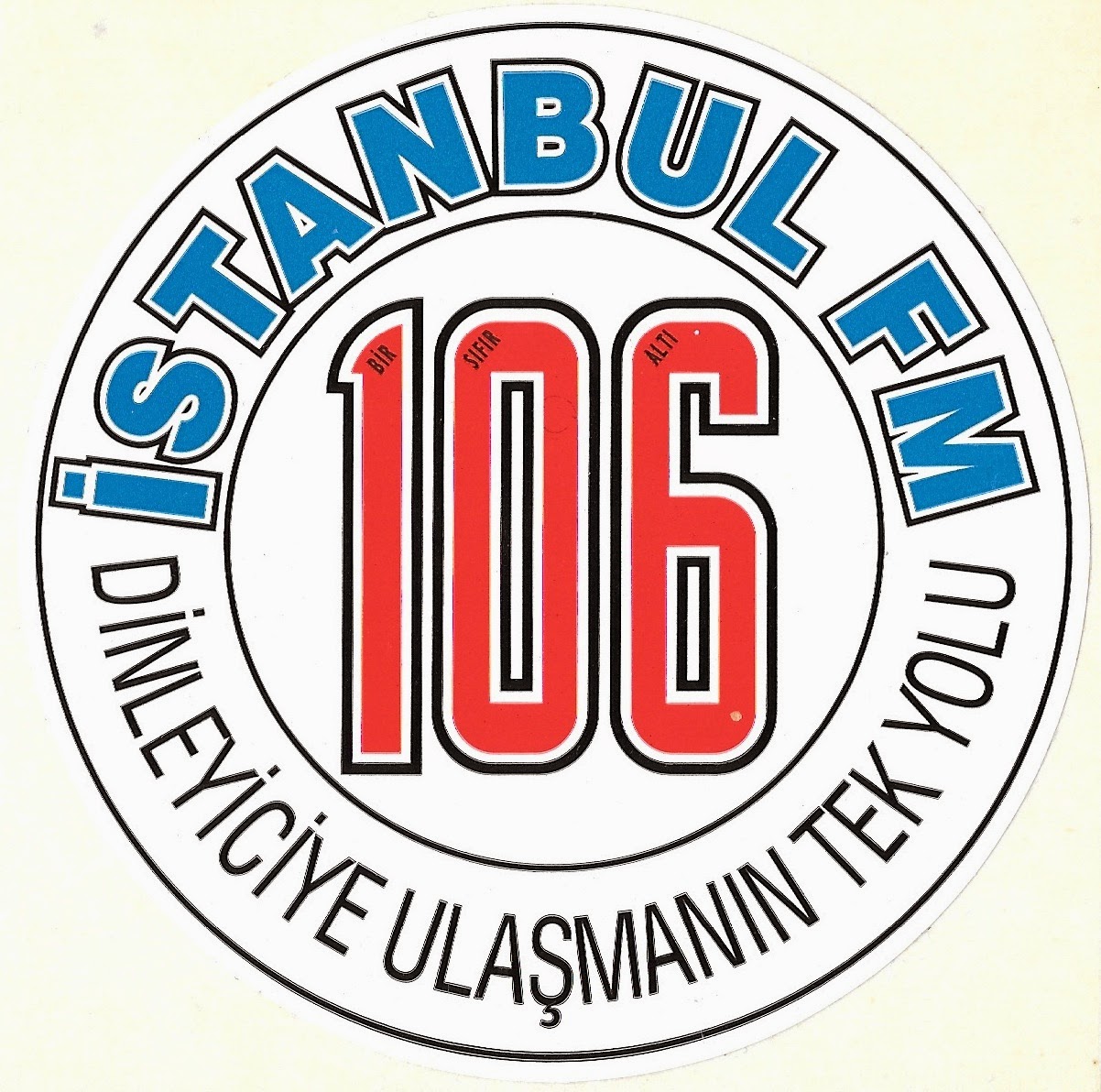 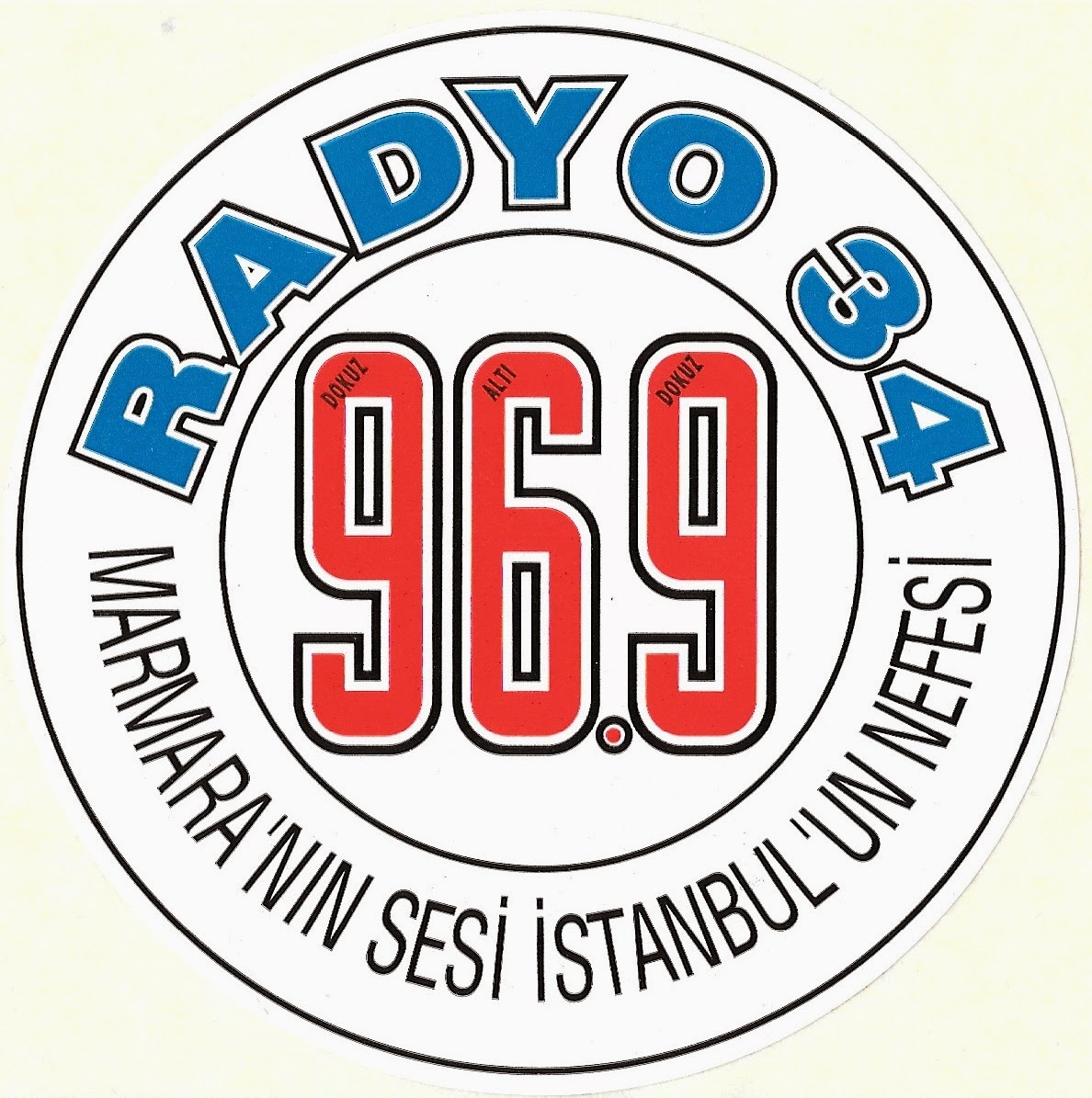 Istanbul FM is a national broadcaster established in 1995 based in Turkey's largest city.  Radyo 34 must be a related station given the similar logo but, honestly, I'm too lazy to figure out their connection.
Posted by Greg at 5:40 PM No comments:

102.7 FM in Cairns, Australia carries the official call sign of 4CCA although they were known on-air as "4CA FM" when these stickers came out.  The station is now Rock-formatted "Zinc 102.7"
Posted by Greg at 6:09 PM No comments:

AM 950 WTLN is a Religious station in Orlando, Florida.

WMRR is a Rock station licensed to Muskegon Heights, Michigan.

WJNO is a News/Talk station in West Palm Beach, Florida.  They signed on the air in July, 1931 at 1230 AM and moved to their current 1290 AM frequency in 2000.  This pinstriped 1993 sticker dates back to the inaugural season of the Florida Marlins baseball club (now known as the Miami Marlins.)

WEMR was a Country music station licensed to Tunkhannock, Pennsylvania.  The coupon on the back of sticker dates it to 1992.  1460 AM is currently WGMF, one of a handful of stations simulcasting the Classic Hits format of "Gem 104."
Posted by Greg at 3:27 PM No comments: 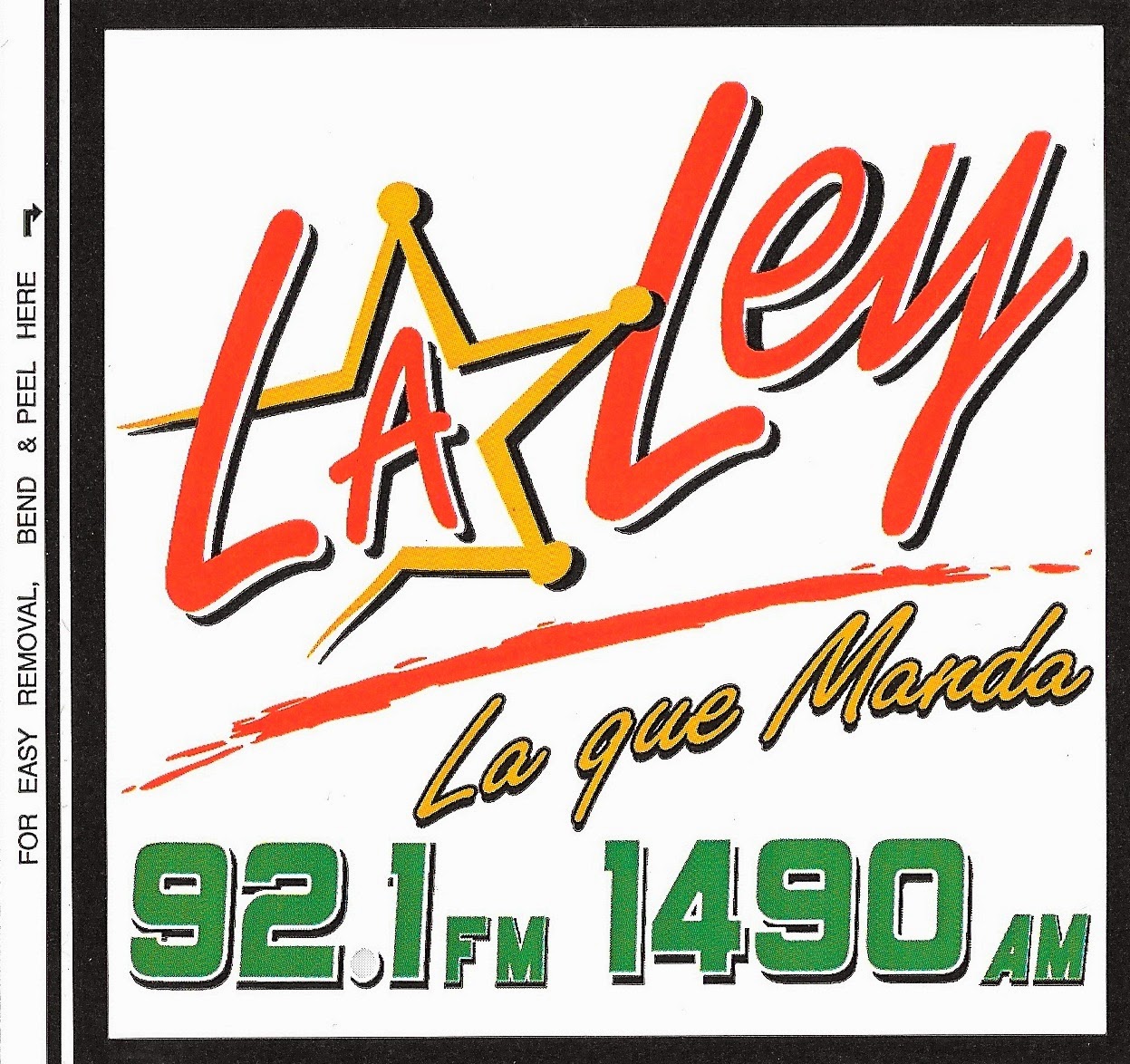 "La Ley 92.1 FM" broadcasts a Regional Mexican format in Naples, Florida.  WAFZ AM and FM are licensed to Immokalee, FL. 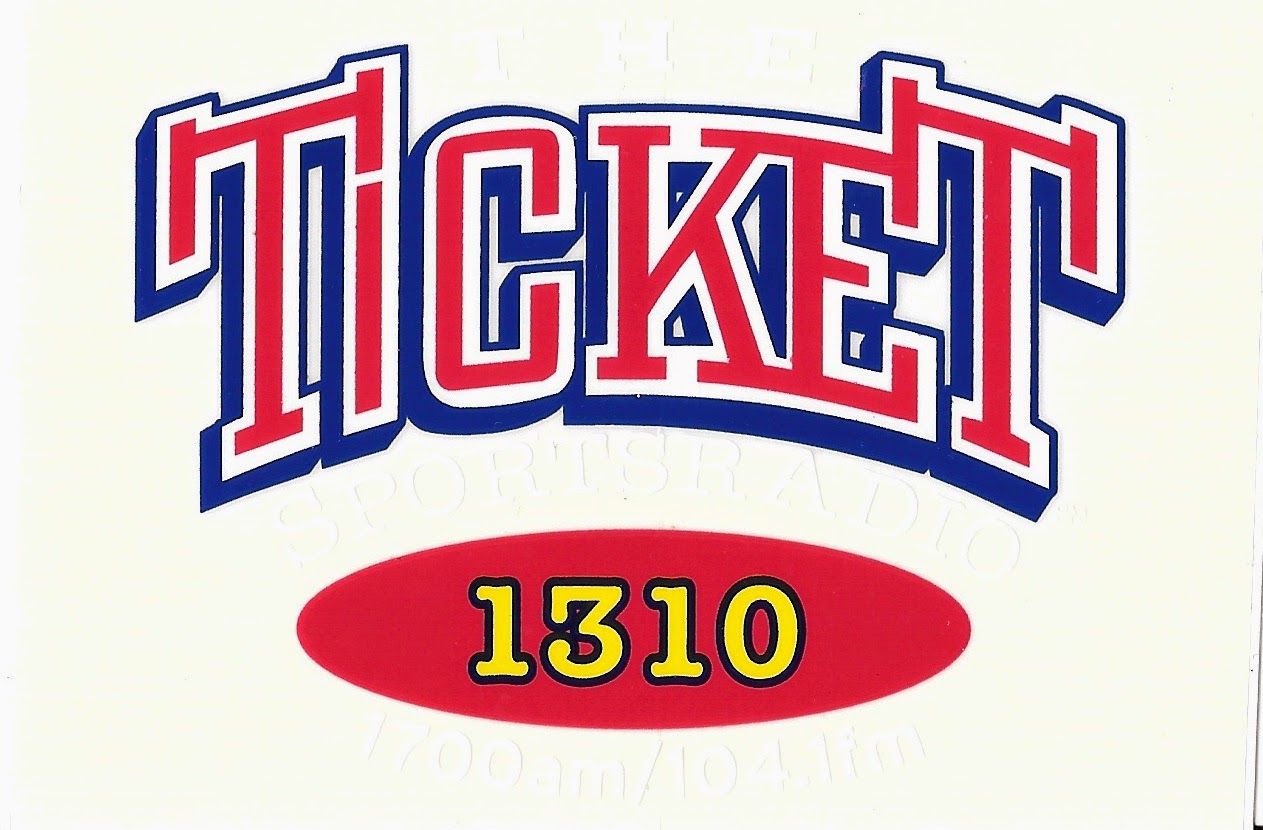 The 1310 AM frequency in Dallas, Texas is one of the nation's oldest, dating back to 1920 with the call letters WRR.  Today, it's home to all-Sports KTCK "The Ticket." 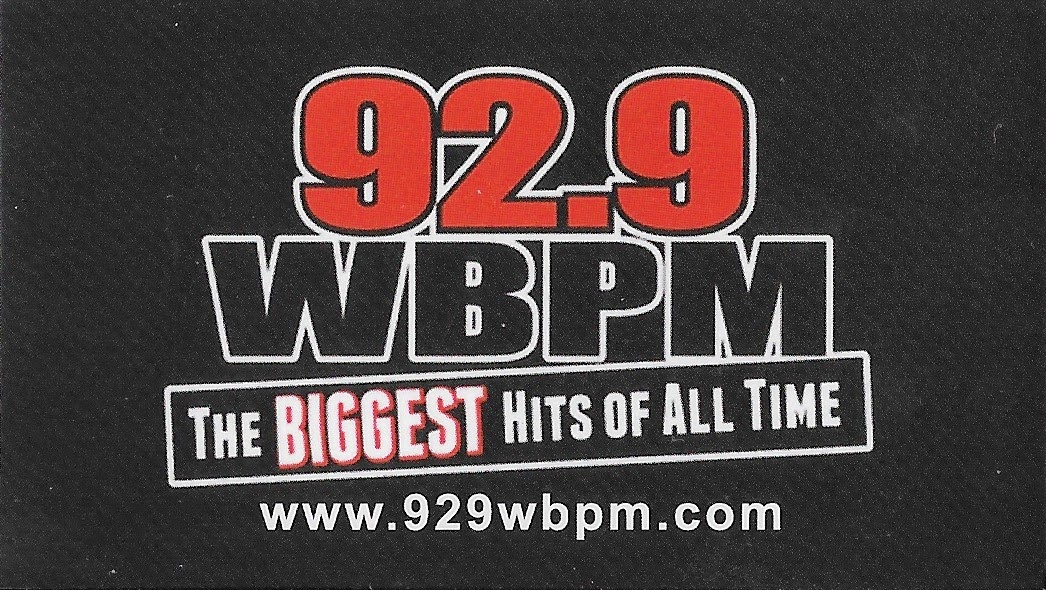 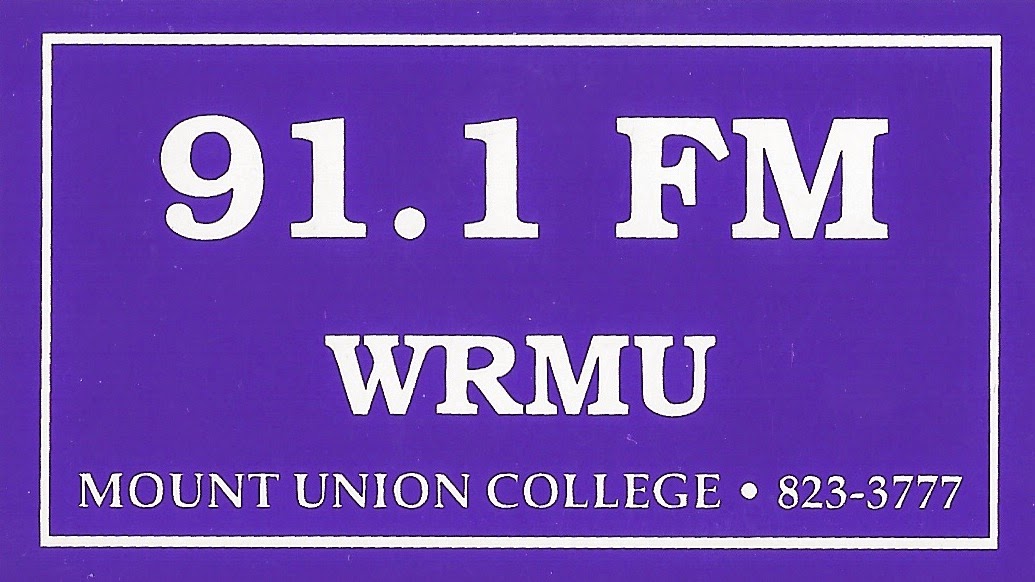 WRMU began as a carrier current station at Mount Union College (now known as the University of Mount Union) in 1966.  FCC approval to broadcast at 91.1 FM was granted in 1970.  The station is student-run but programming is aimed at the surrounding community as well as MU's campus with Smooth Jazz during the day and Oldies on weekends.  Students pick their own music at night when the "After 10" DJs take over.  WRMU is licensed to Alliance, Ohio. 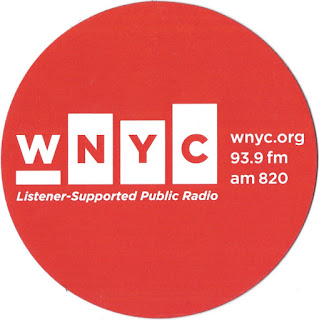 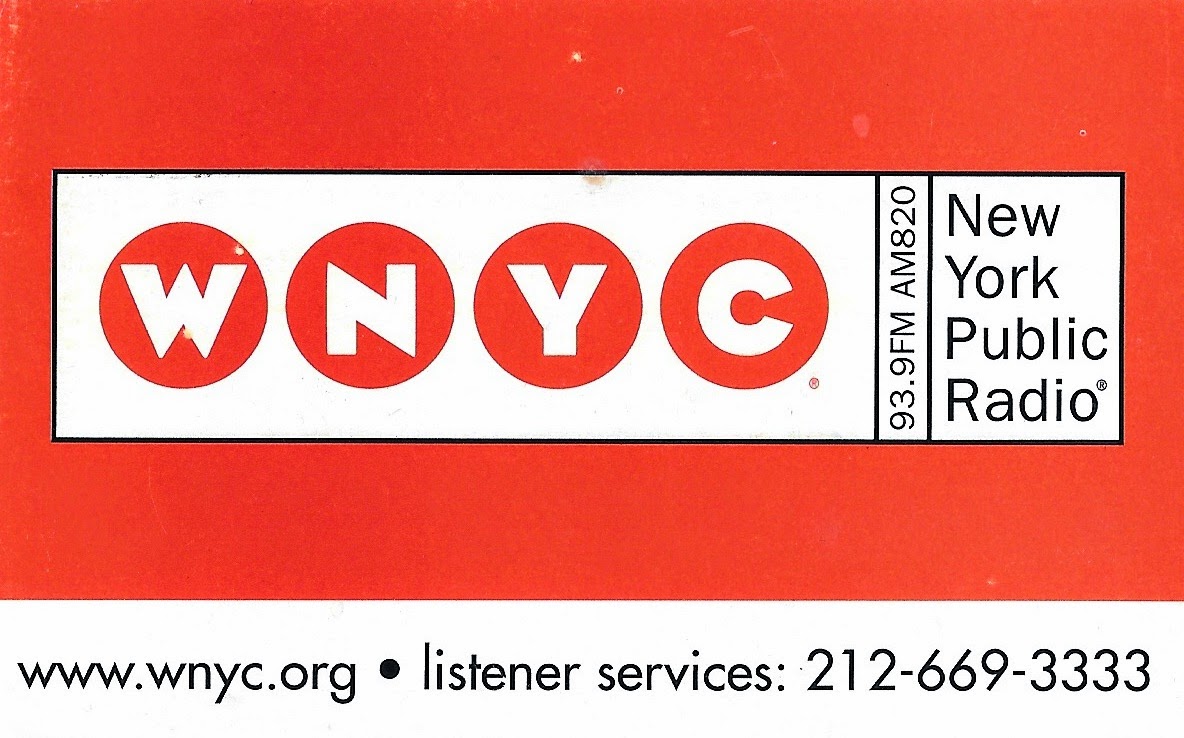 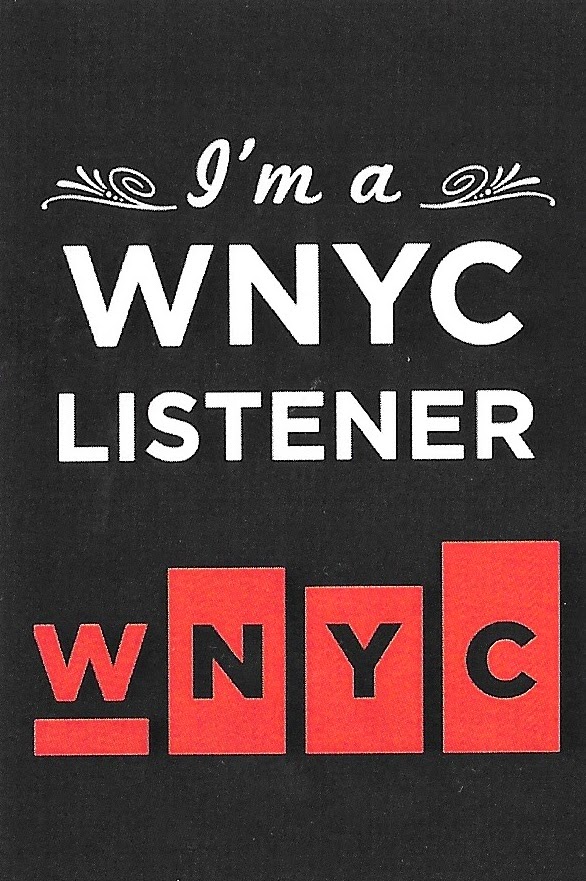 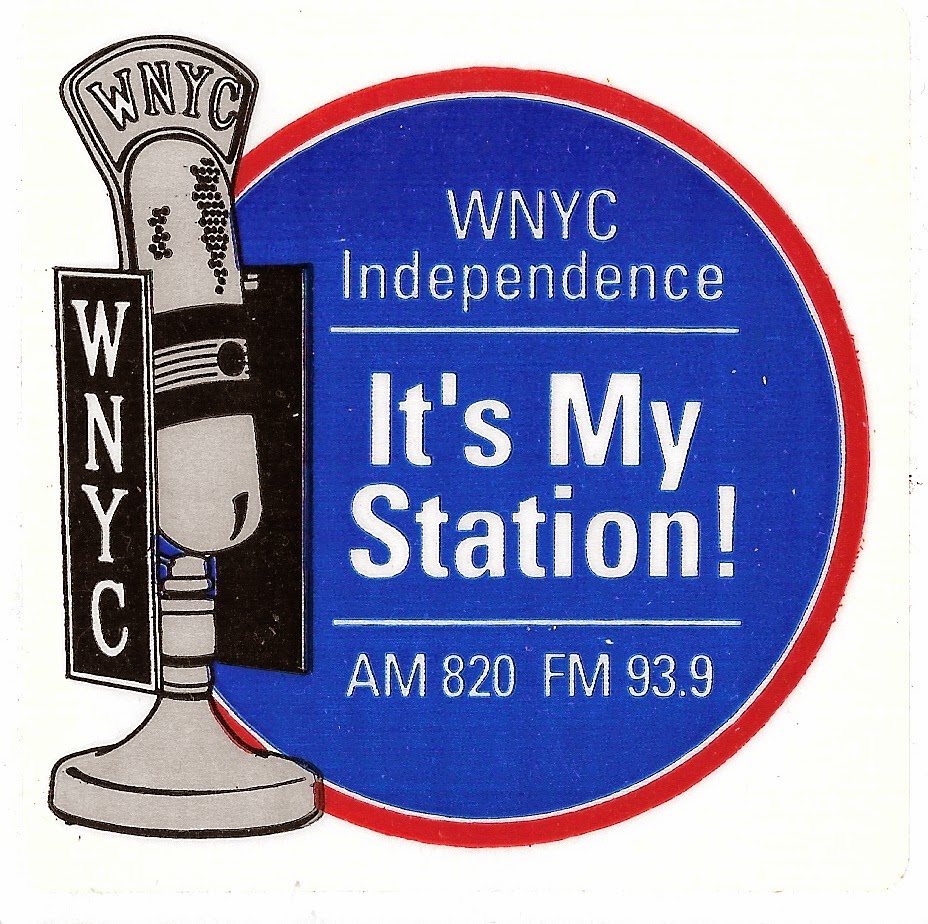 WNYC AM & FM are non-commercial, public radio stations in New York, New York.  They began broadcasting in 1924 at 570 AM and moved to 810 AM in 1931.  Ten years later they moved to 830 AM and operated only during daylight hours to protect the signal of clear channel outlet WCCO in Minneapolis, Minnesota which shared the same frequency.  WNYC was owned by the City of New York until the mid-1990s.  This resulted in some curious programming choices (depending on whoever the mayor was at the time) including 1979's infamous John Hour which broadcast the names of "johns" who were arrested for soliciting prostitutes.  The 9/11 attacks destroyed WNYC's transmitter which sat atop the World Trade Center.  The tower is now on the Empire State Building.  With an audience of one million unique listeners each week, WNYC has the largest audience of any public radio station in the United States.

A window sticker from "92.7 The Bridge" KGBR in Gold Beach, Oregon.  The 3000 watt station broadcasts a hybrid Hot AC/CHR/AOR format. 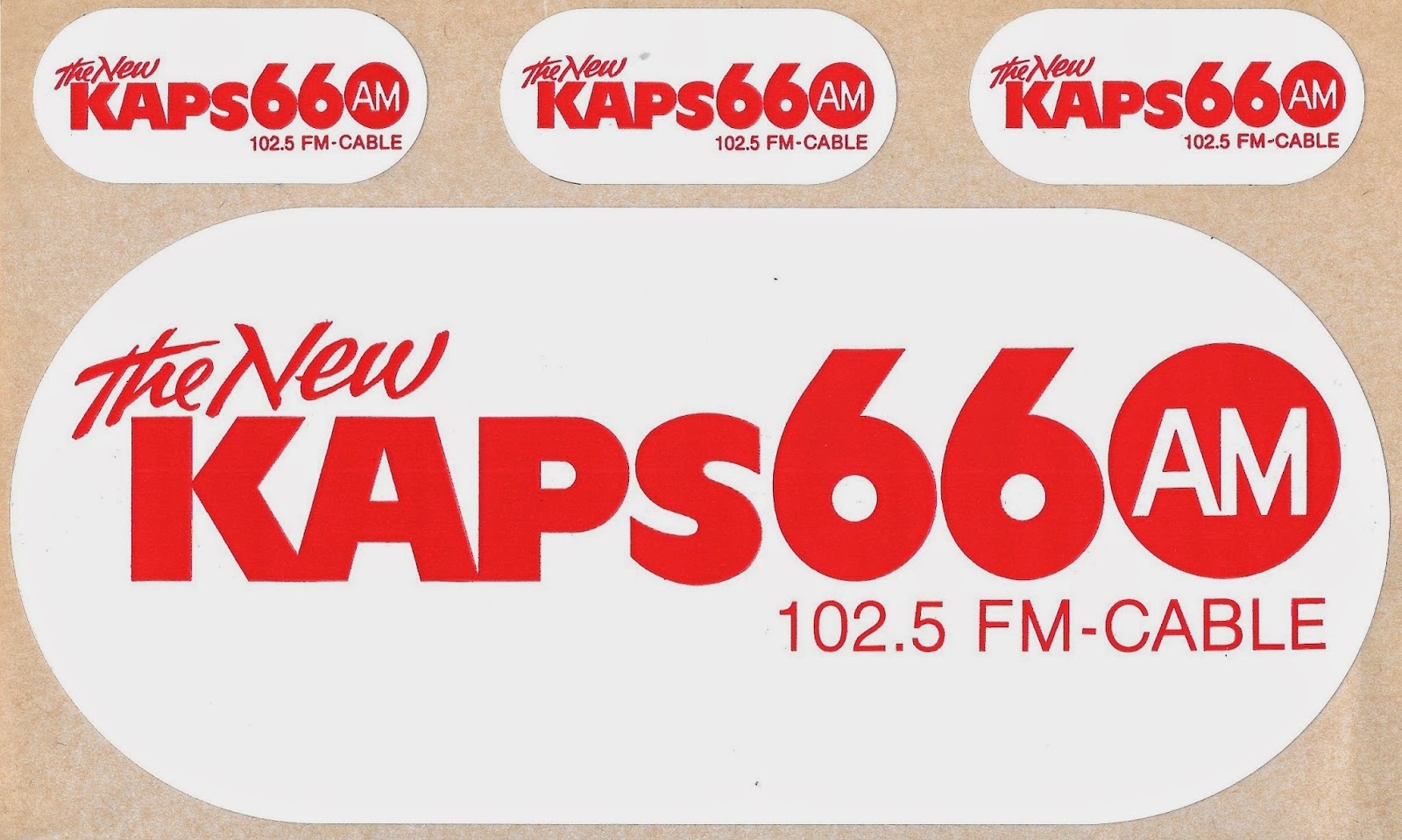 KAPS 660 AM plays Country music in Mount Vernon, Washington.
Posted by Greg at 4:09 AM No comments: 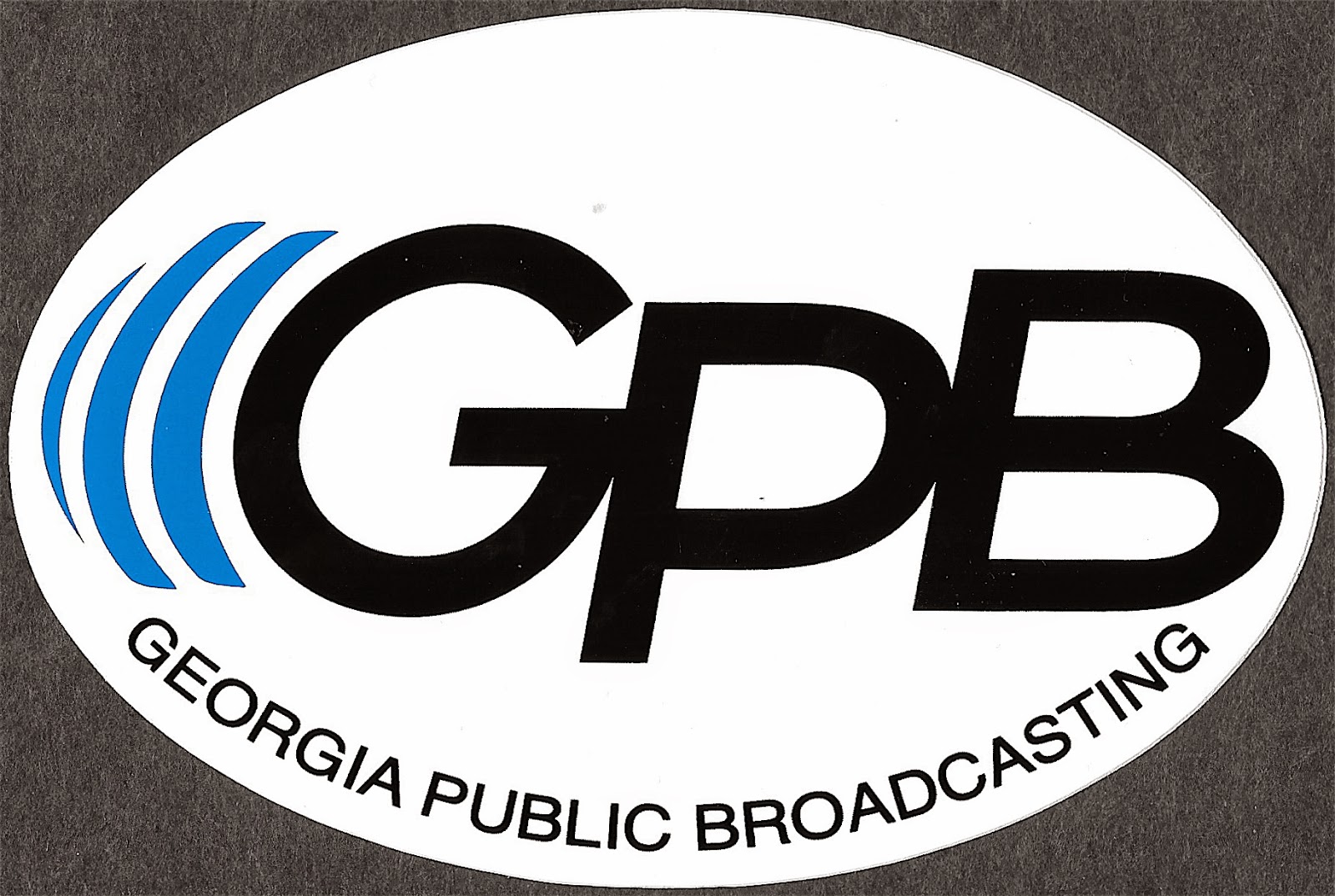 Georgia Public Broadcasting is a network of PBS television stations and National Public Radio member stations based in Atlanta, GA.  Nineteen radio stations provide statewide coverage except, ironically, in the Atlanta metro area which gets its NPR programming from non-GPB stations WABE and WCLK.
Posted by Greg at 7:41 PM No comments:

WRMI is a shortwave broadcaster based in Miami, Florida.  They went on the air in 1994, primarily targeting Latin America and the Caribbean.  In 2013 they purchased the facilities of WYFR in Okeechobee, FL which included a dozen 100,000 watt transmitters allowing them to reach Africa and Europe.

WQNS (Waynesville's Quiet New Sound--from a previous Easy Listening format) is a Rock station licensed to Woodfin, North Carolina.  This sticker dates back to 2003 when they were located at 104.9 FM licensed to Waynesville, NC.  They are now branded as "Rock 105.1" after moving to that frequency in January, 2014. 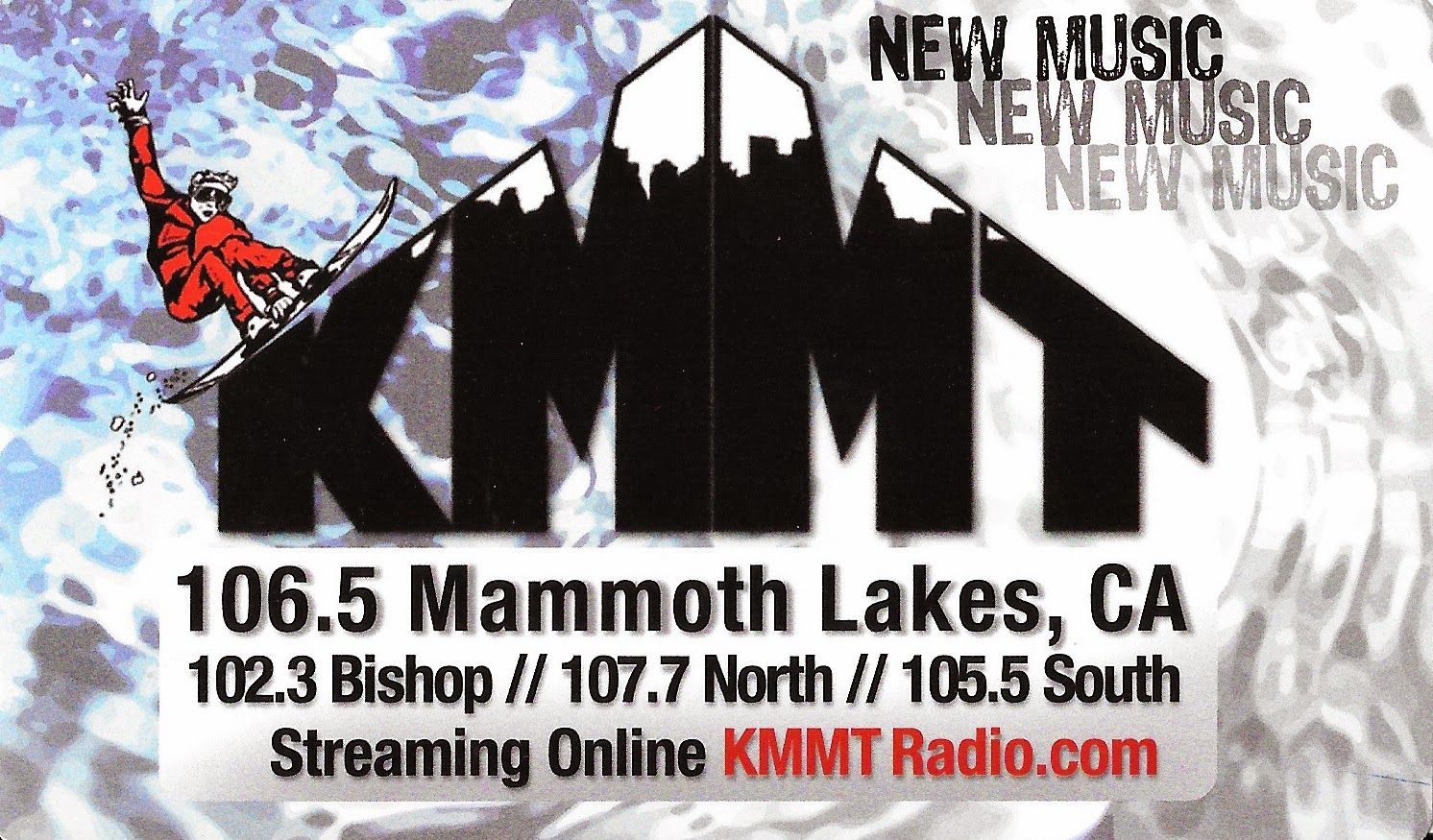 106.5 KMMT plays Modern Rock in Mammoth Lakes, California.  They're a locally owned, "ma and pa" station for residents and visitors to Mammoth Mountain, the tallest skiable peak in the state.

French-language, community station CKGN signed on the air in October, 1993 from Kapuskasing, Ontario.  In 2000 they added a 94.7 FM transmitter licensed to Smooth Rock Falls, ON. 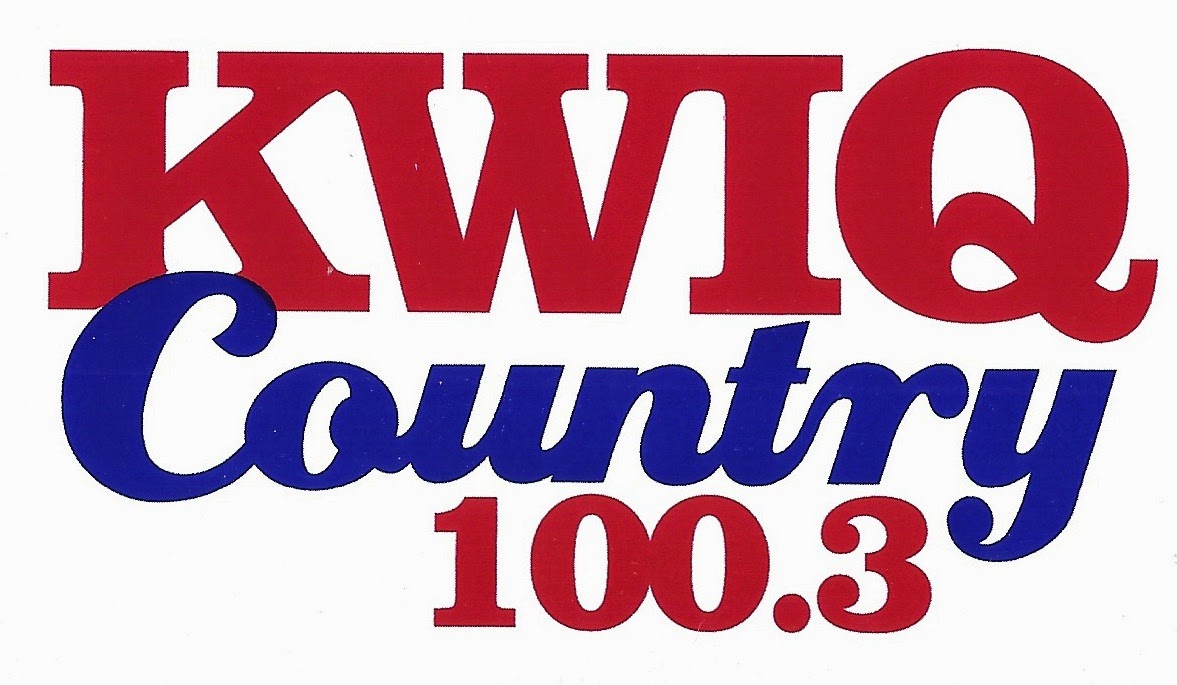 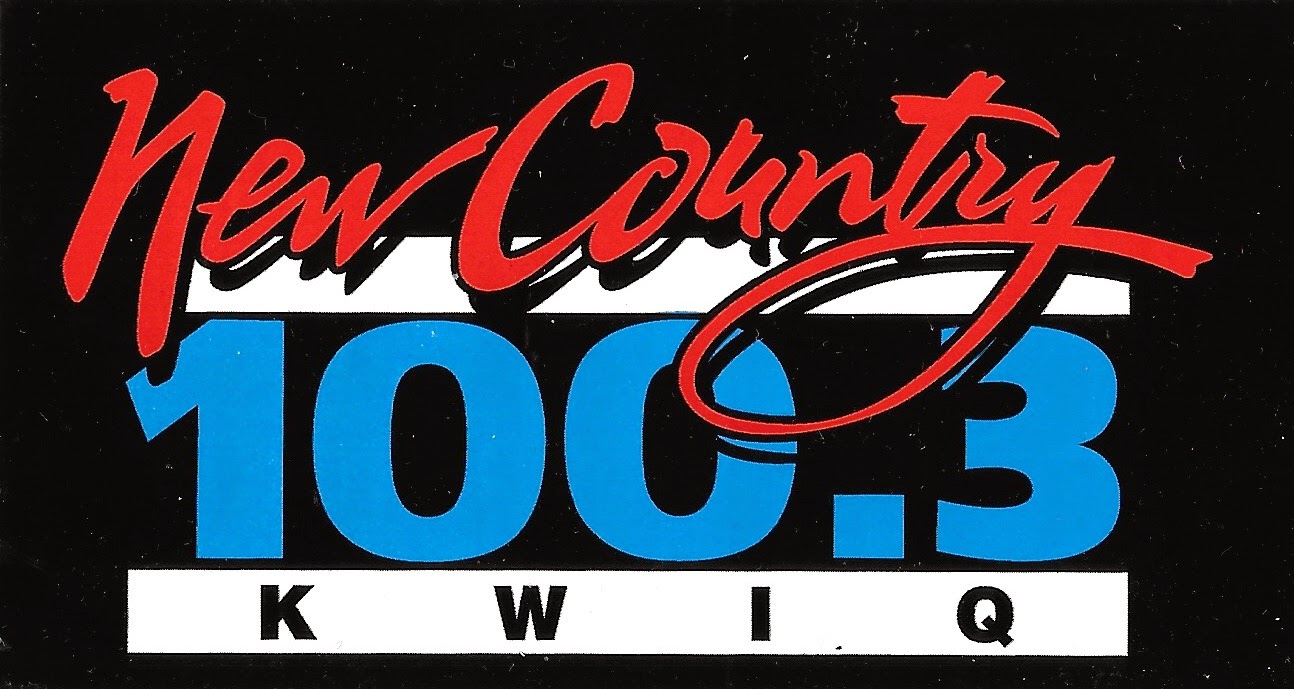 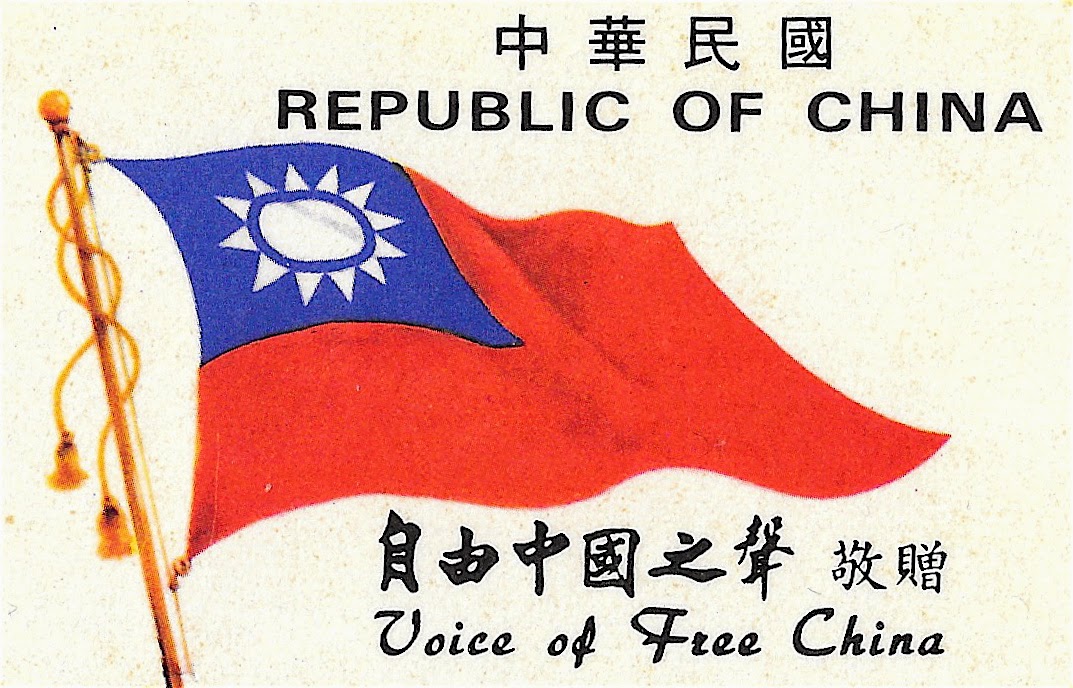 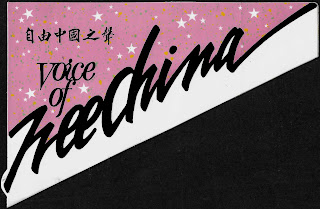 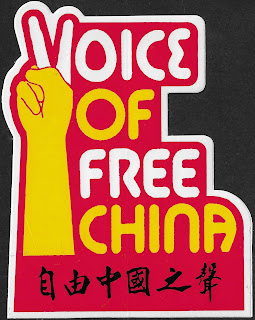 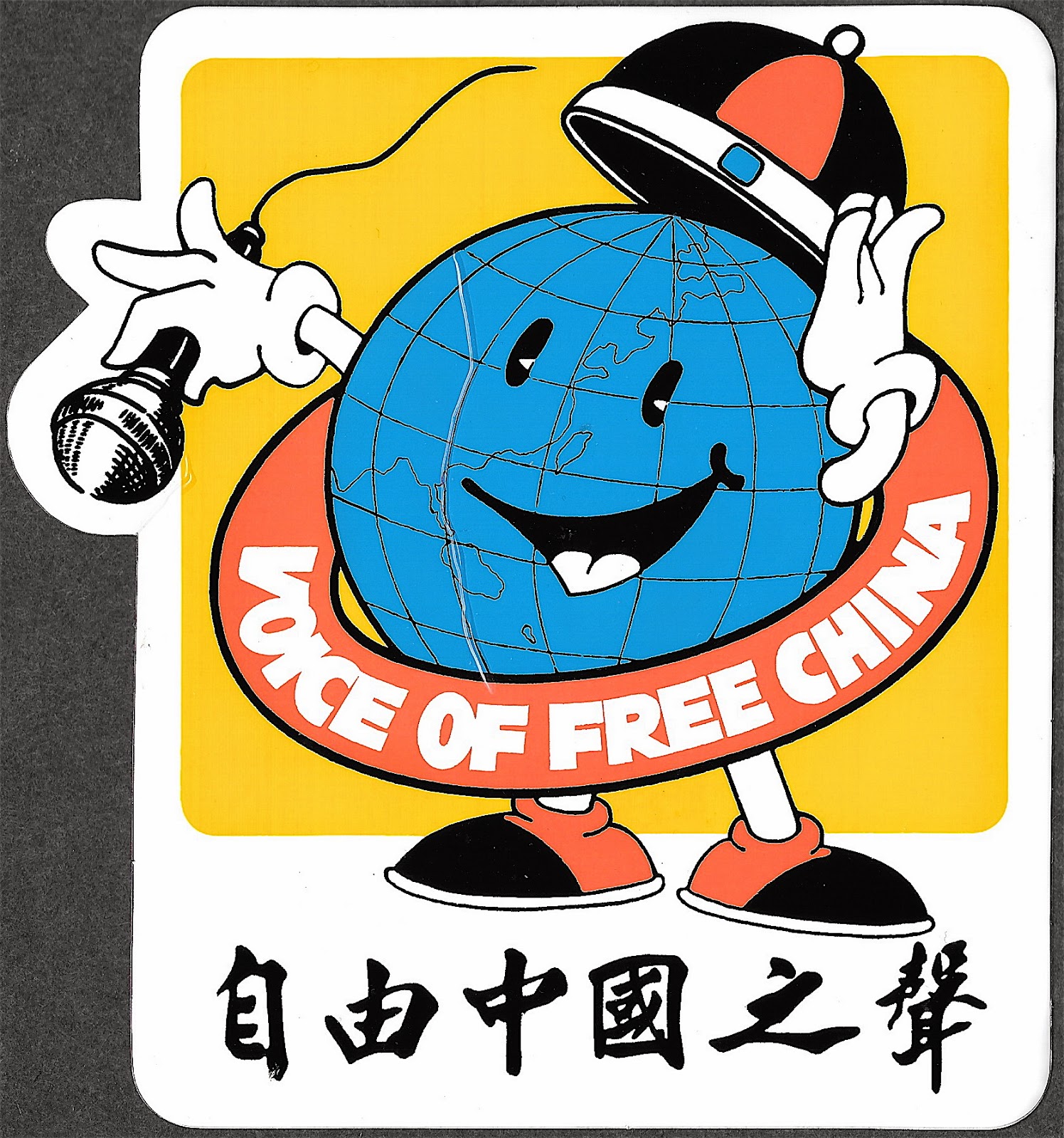 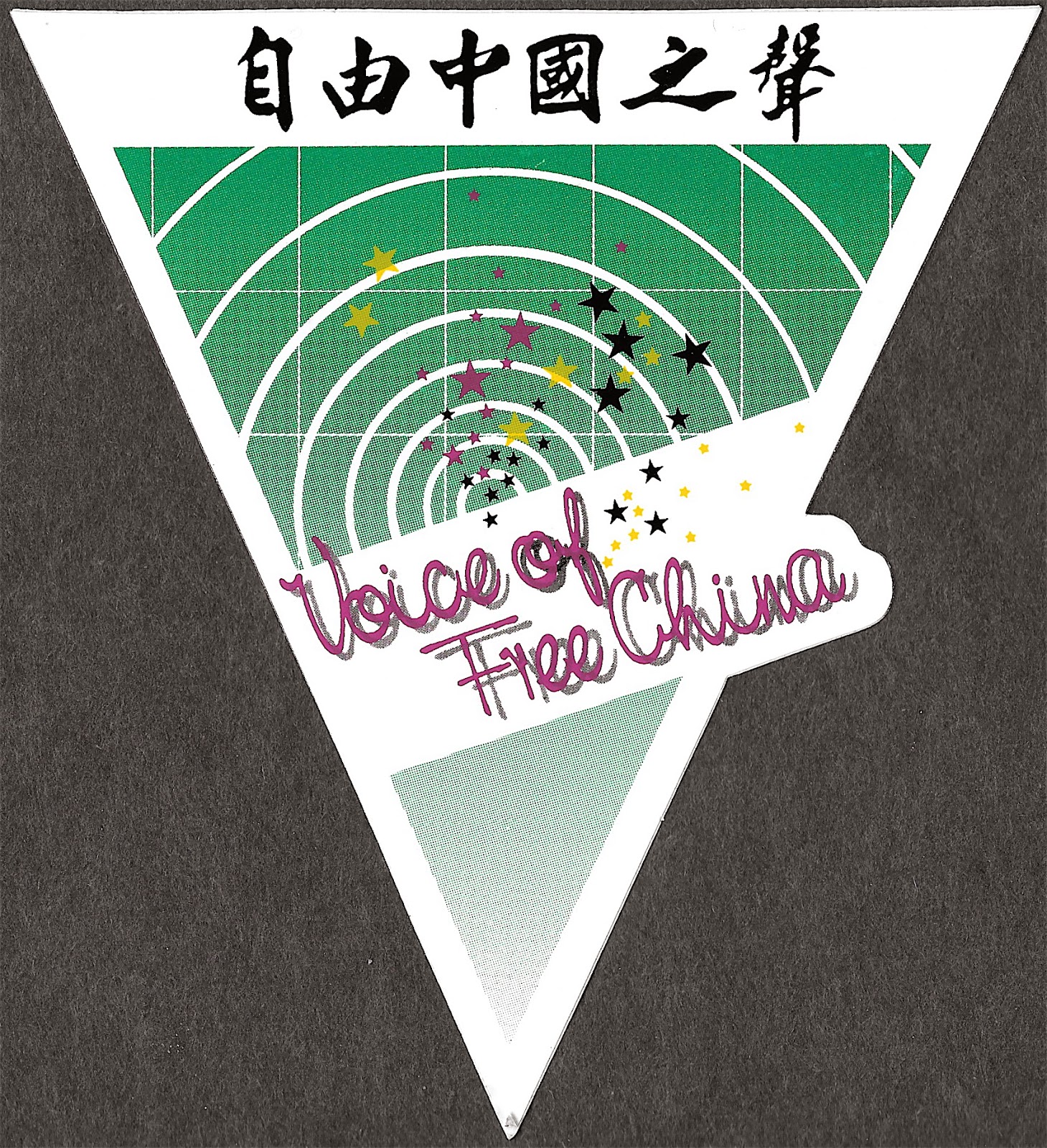 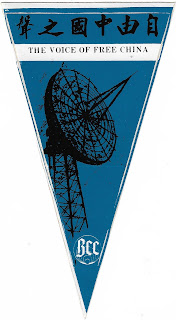 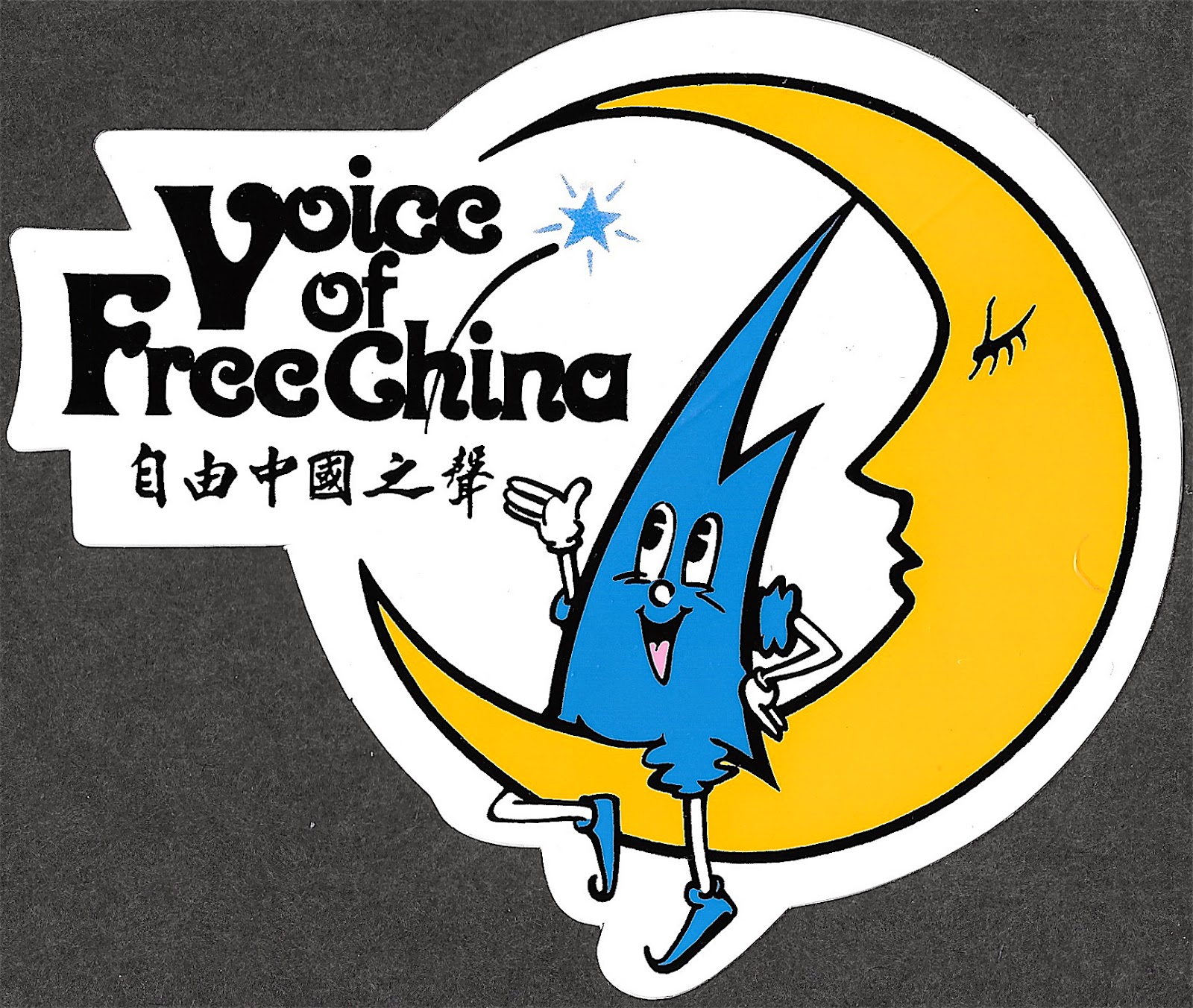 The Voice of Free China was the international broadcasting outlet of the Republic of China from 1949 until 1998.  VFC was then renamed Radio Taipei International and also used the name Voice of Asia for some broadcasts.  Today they are known as Radio Taiwan International.