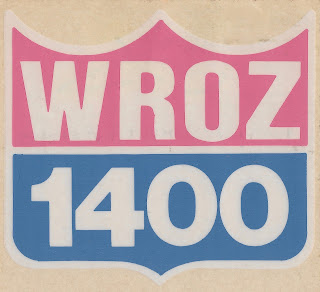 A 1985 decal from 1400 AM WROZ in Evansville, Indiana.  They were a Top-40 station in the 1960s but had flipped to Country by the time this sticker was printed.

KUUB was a Country station licensed to Sun Valley, Nevada near Reno. 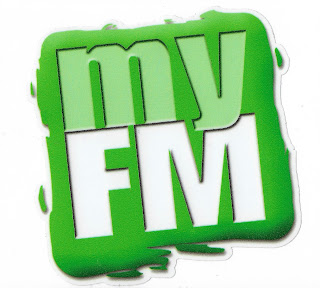 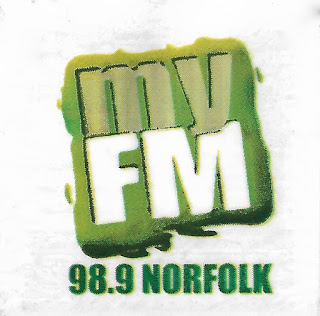 A temporary tattoo from CHCD in Simcoe, ON. 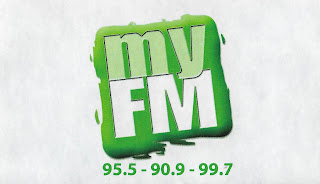 A magnet from CIYN in Kincardine, ON. 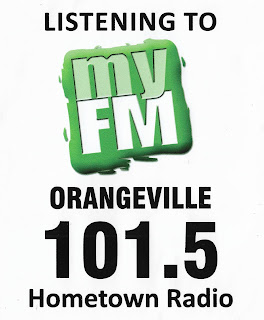 A sticker from CKMO in Orangeville, ON. 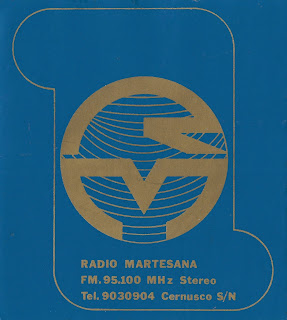 Radio Martesana 95.1 FM broadcast from 1977 until 1995 in Cernusco sul Naviglio, Italy.  They aired "music, culture and sport aimed at diverse audiences regardless of age." 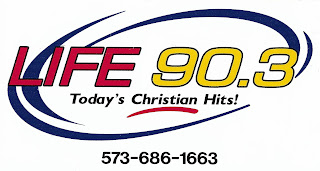 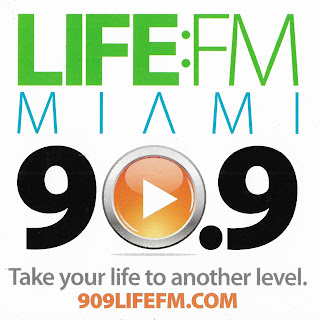 "Quad 104" WQUD was an Adult Contemporary station in Memphis, Tennessee from 1975 until 1981.  A 1980 article in Billboard magazine listed the station's top artists as Barry Manilow, Neil Diamond and the Doobie Brothers along with a "notable amount" of Country music including Kenny Rogers and Crystal Gayle.
Posted by Greg at 9:06 PM No comments:

A 1990 sticker from AM 1540 WMYF in Exeter, New Hampshire.  Both the 1989 and 1990 Broadcasting Yearbooks list them as having had an Adult Contemporary format.  That info seems to be inaccurate as Tommy Dorsey was most popular in the 1930s and 40s and their call letters stood for (W) Music of Your LiFe, a syndicated Adult Standards network. 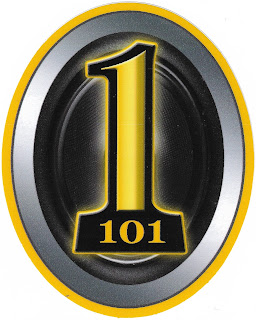 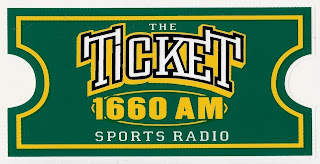 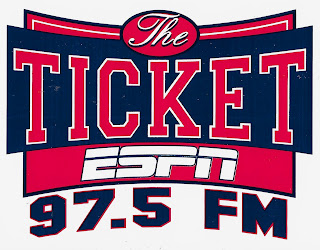 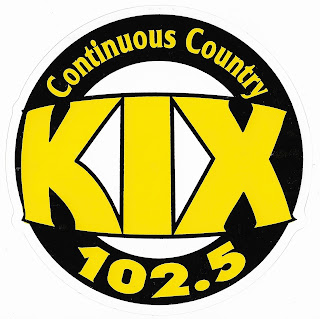 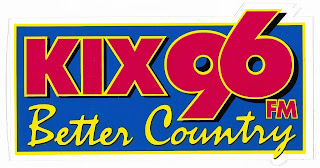 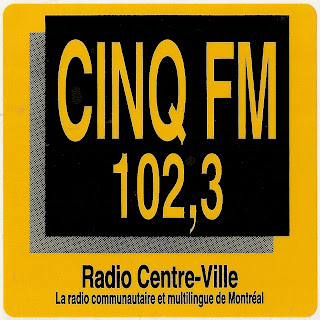 102.3 FM CINQ is a multilingual, community radio station in Montreal, Quebec.  "Cinq" is French for "five" which was the number of languages originally heard on the air.  They now broadcast in eight languages: French, English, Mandarin, Cantonese, Spanish, Greek, Portuguese and Creole.  "Radio Centre-ville" went on the air in January 1975. 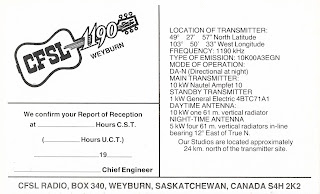 A sticker and QSL card from Country station CFSL (Canada's Famous Soo Line) licensed to Weyburn, Saskatchewan.
The Soo Line is a railroad operating mostly in Wisconsin, Minnesota and North Dakota and is now a subsidiary of the Canadian Pacific Railway. 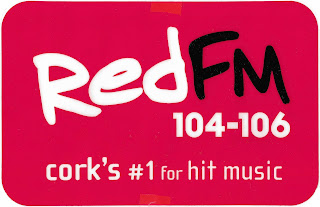 Red FM is a CHR station broadcasting to County Cork, Ireland.  They went on the air in January 2002 and are heard on seven different frequencies throughout the region. 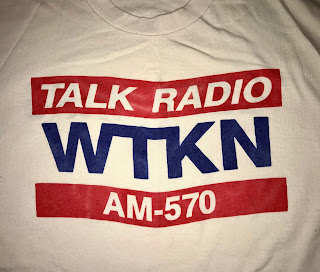 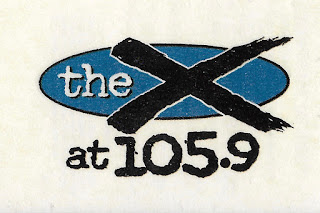 A keychain and temporary tattoo from Alternative Rock WXDX "105.9 The X" in Pittsburgh, Pennsylvania. 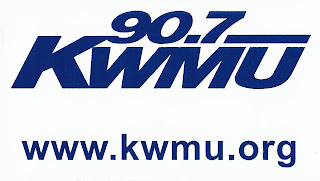 90.7 FM KWMU went on the air in St. Louis, Missouri in 1972.  The 100,000-watt public radio station is owned by the University of Missouri-St. Louis and is the main National Public Radio affiliate in the area.
Posted by Greg at 7:44 PM No comments: 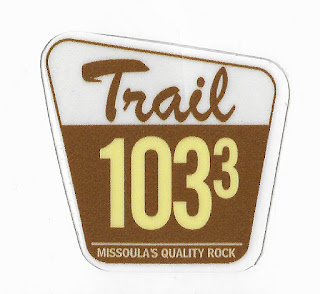 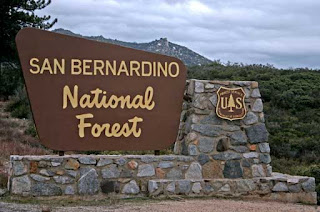 KDTR "Trail 103.3" is an Adult Album Alternative station in Missoula, Montana.
The sticker's trapezoidal shape, colors and script are based on signs used by the Department of Agriculture to indicate entrances at US National Forests. 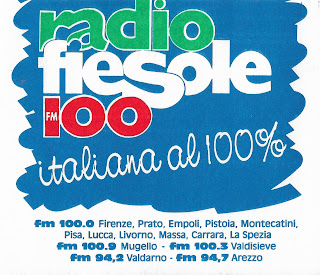 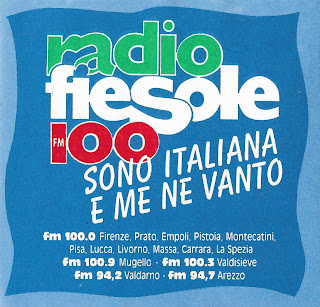 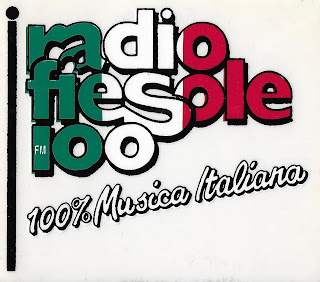 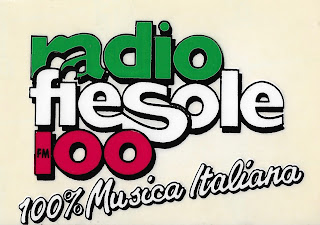 Radio Fiesole 100 began broadcasting from Florence, Italy in 1976.  For a time, starting in the early 1990s, they only played music from Italian artists.

4CRB 89.3 FM is a non-profit, community station airing an Easy Listening format.  They are based in Burleigh Heads, Queensland, Australia and went on the air in 1984.

WPGU began in 1957 as a carrier current station heard on 640 AM.  They "broadcast" to the dorms at the University of Illinois in Champaign-Urbana.  FM transmissions began in 1967 while the carrier AM signal became WDBS.  The WPGU call letters stand for (W) Parade Ground Units which was a 21-building complex built after WWII to house students and families.  The 3000-watt station carries an Alternative/Indie Rock format.  The 1990 commercial below indicates that they were a mainstream Rock station at the time. 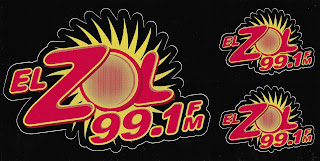 "El Zol 99.1 FM" was a Spanish Tropical station in the Baltimore, Maryland/Washington, DC metro area from 2005 to 2011.  WLZL was licensed to Annapolis, MD.  The call letters, format and branding currently exist in the same market at 107.9 FM.

WHTQ was a short-lived Album Oriented Rock station in Orlando, Florida branded as "Q96" (stickers from that period can be seen here.)  They then transitioned from AOR to Classic Rock for the next 23 years (1988-2011.) 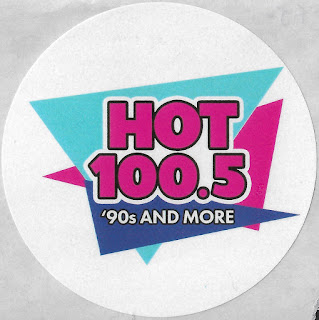 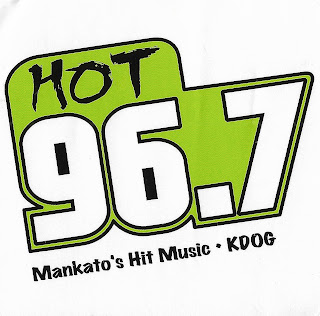 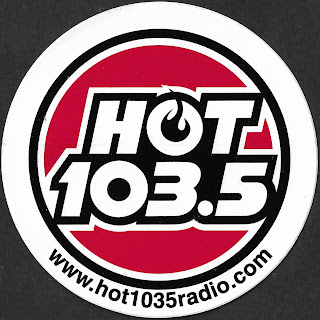 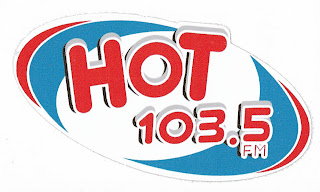