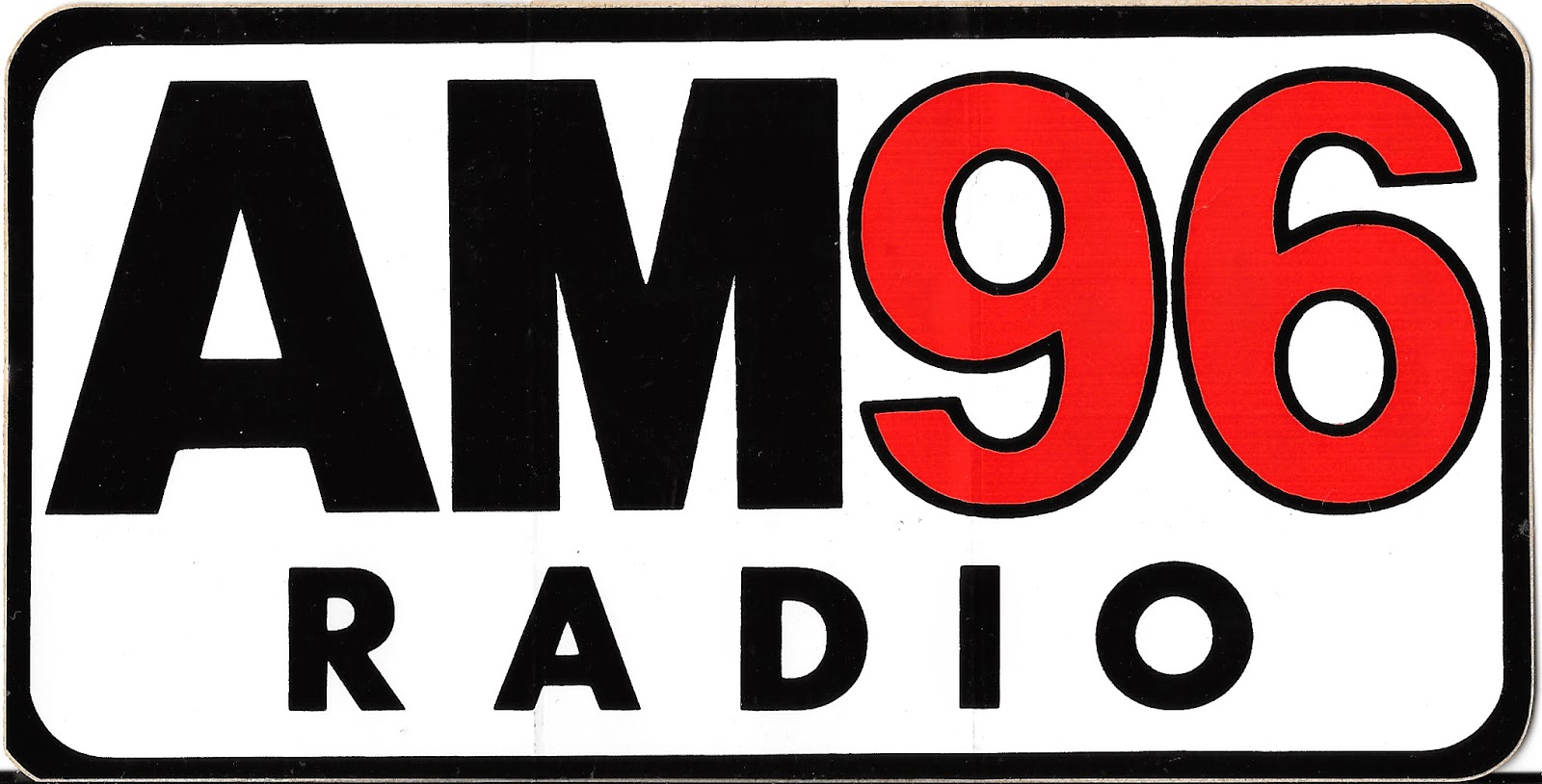 CIAM is a Religious station licensed to Fort Vermillion, Alberta.  They signed on the air in 2003 and are heard on more than a dozen rebroadcasters in three provinces. 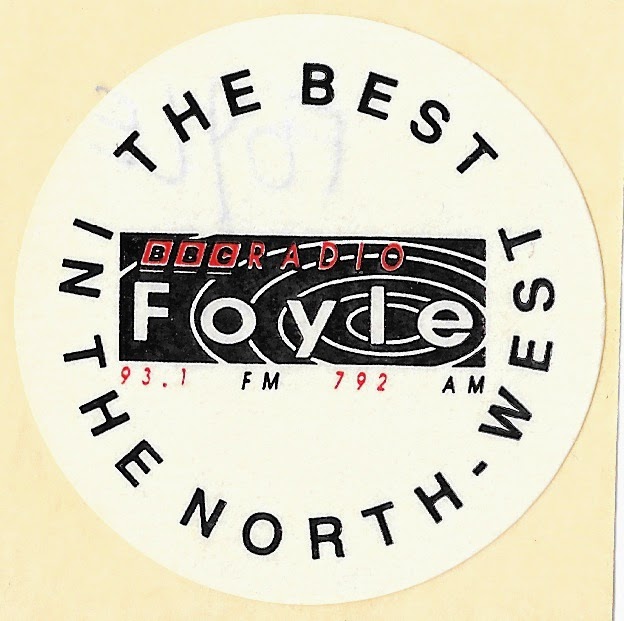 BBC Radio Foyle broadcasts from County Londonderry, Northern Ireland.  They've been on the air since 1979 and are named after the River Foyle which forms the border between the Republic of Ireland and Northern Ireland. 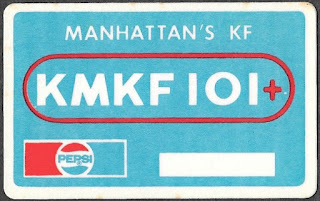 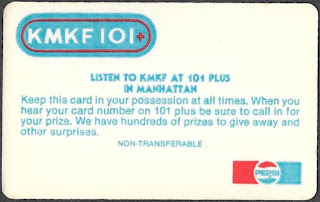 KMKF is a Rock station in Manhattan, Kansas.
Posted by Greg at 7:56 PM No comments: 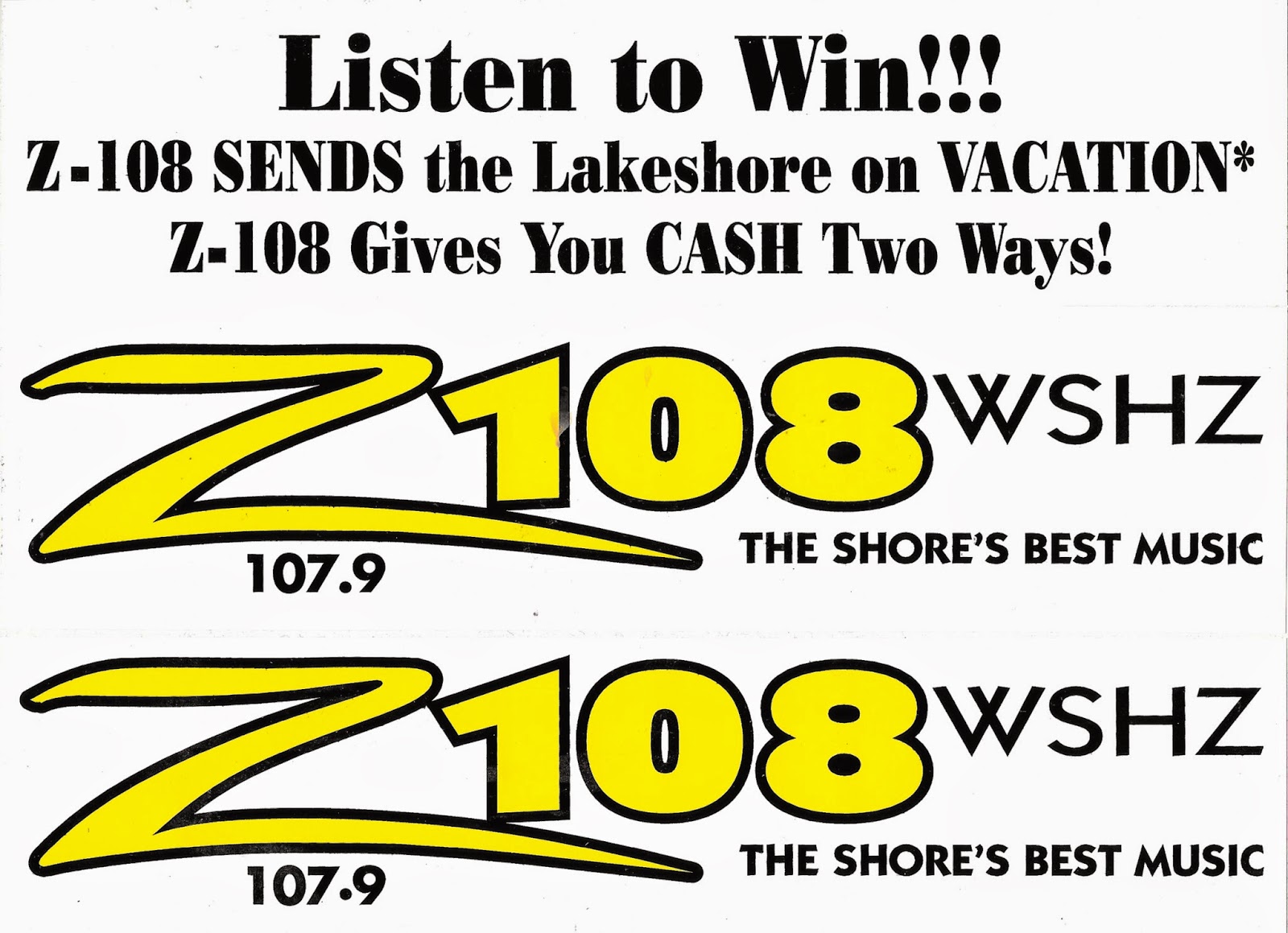 A 1998 sticker from Hot Adult Contemporary "Z108" WSHZ in Muskegon, Michigan.  107.9 FM is currently WMUS and has a Country format. 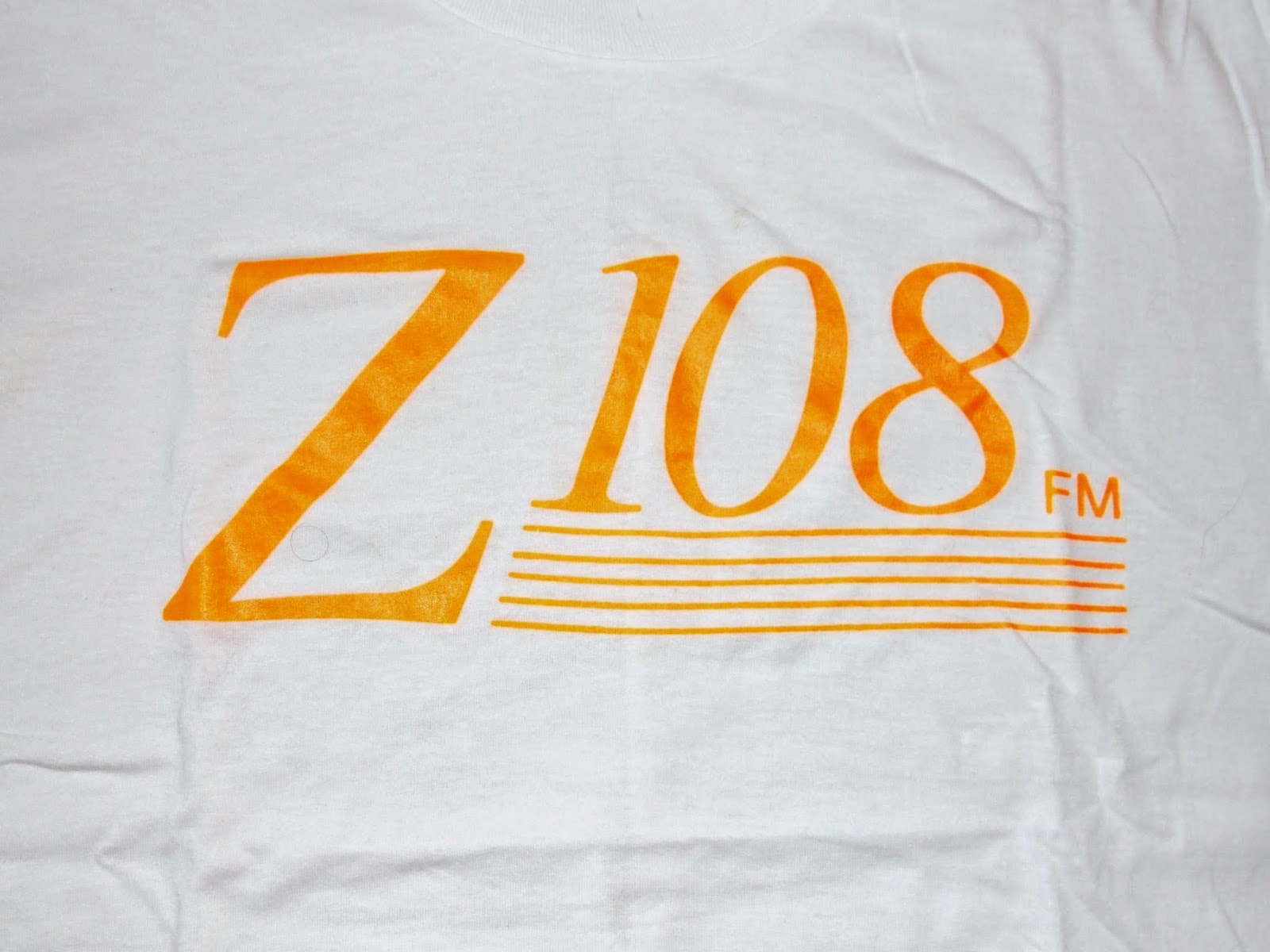 I don't know if this t-shirt is from WSHZ or not...do you?
UPDATE:  This shirt is from WPEZ in Macon, Georgia.  Thanks Vaughn!
Posted by Greg at 6:09 AM 2 comments:

A 2002 sticker from KFZX licensed to Gardendale, Texas.  At that time FZX played a mix of classic, alternative and current songs under their "Absolute Rock" branding.  They currently carry a Classic Rock format.

WXTQ was a Rock station in Athens, Ohio.  They now carry a Hot AC format known as "Power 105." 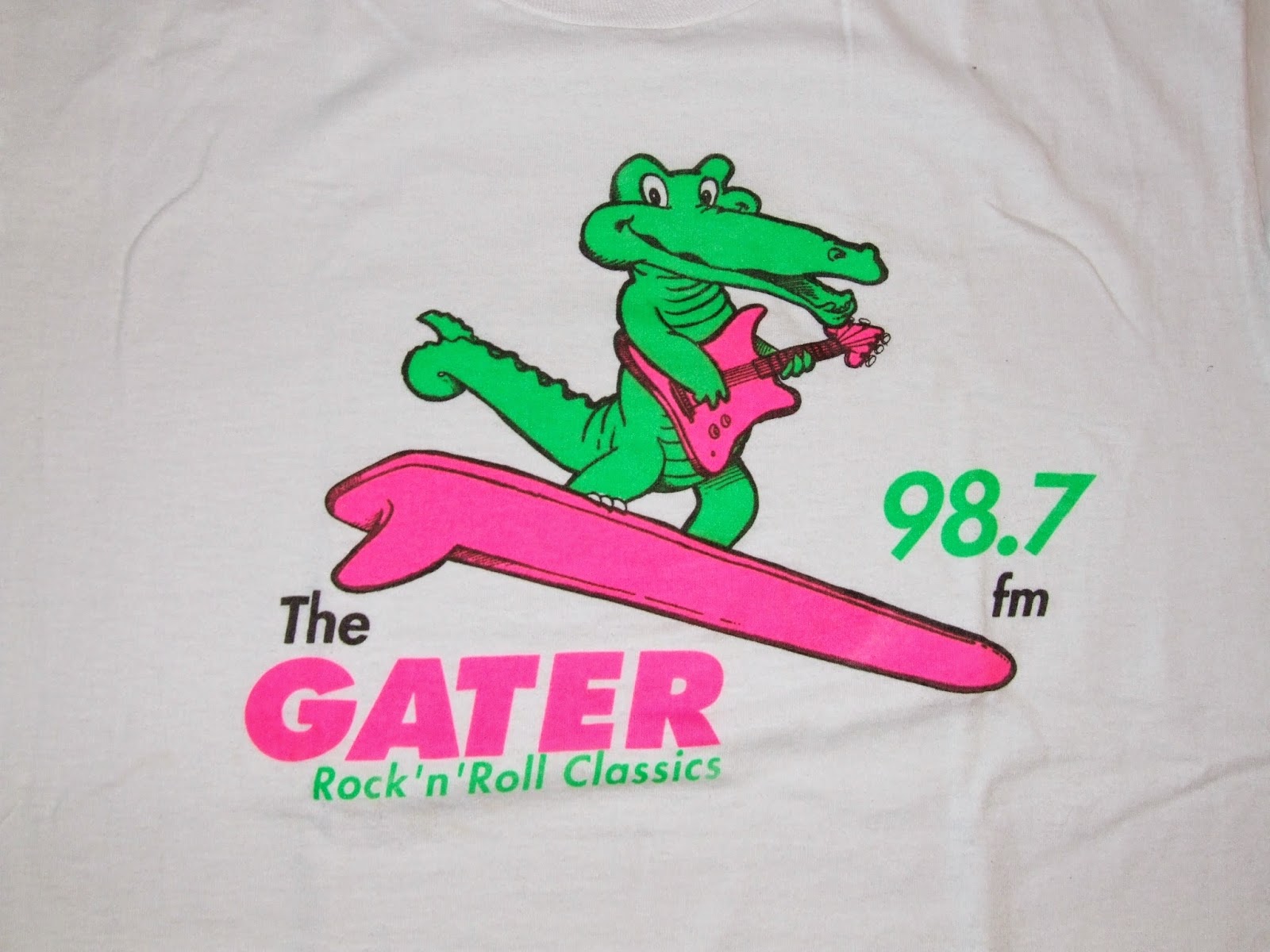 91.3 WOUB is the flagship of the five-station Ohio University Public Radio Network based in Athens, OH.
In the mid-1980s WOUB had a Classic Country show on during drive time complete with jingles and listener requests. 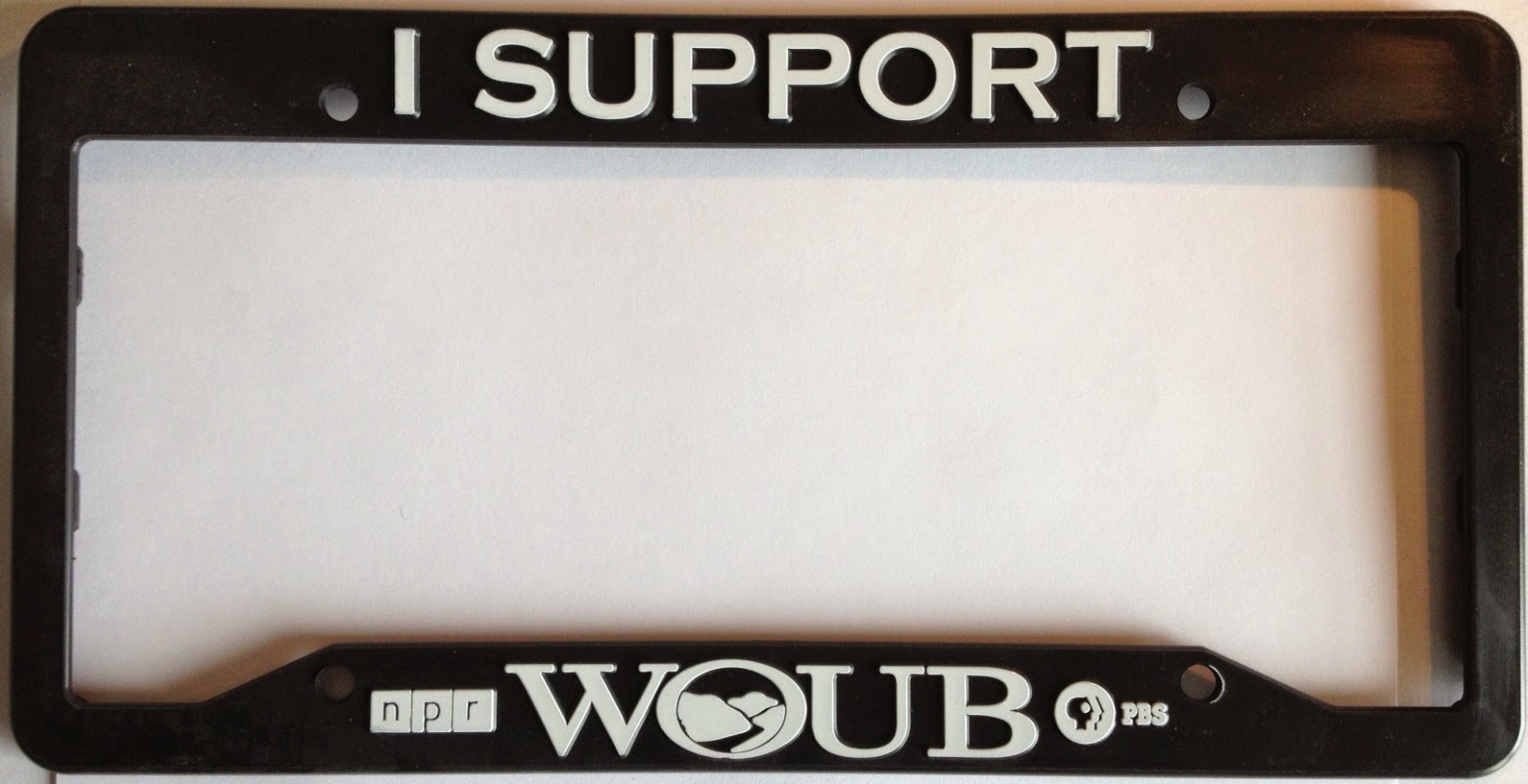 A WOUB license plate frame.
Posted by Greg at 5:30 AM No comments: 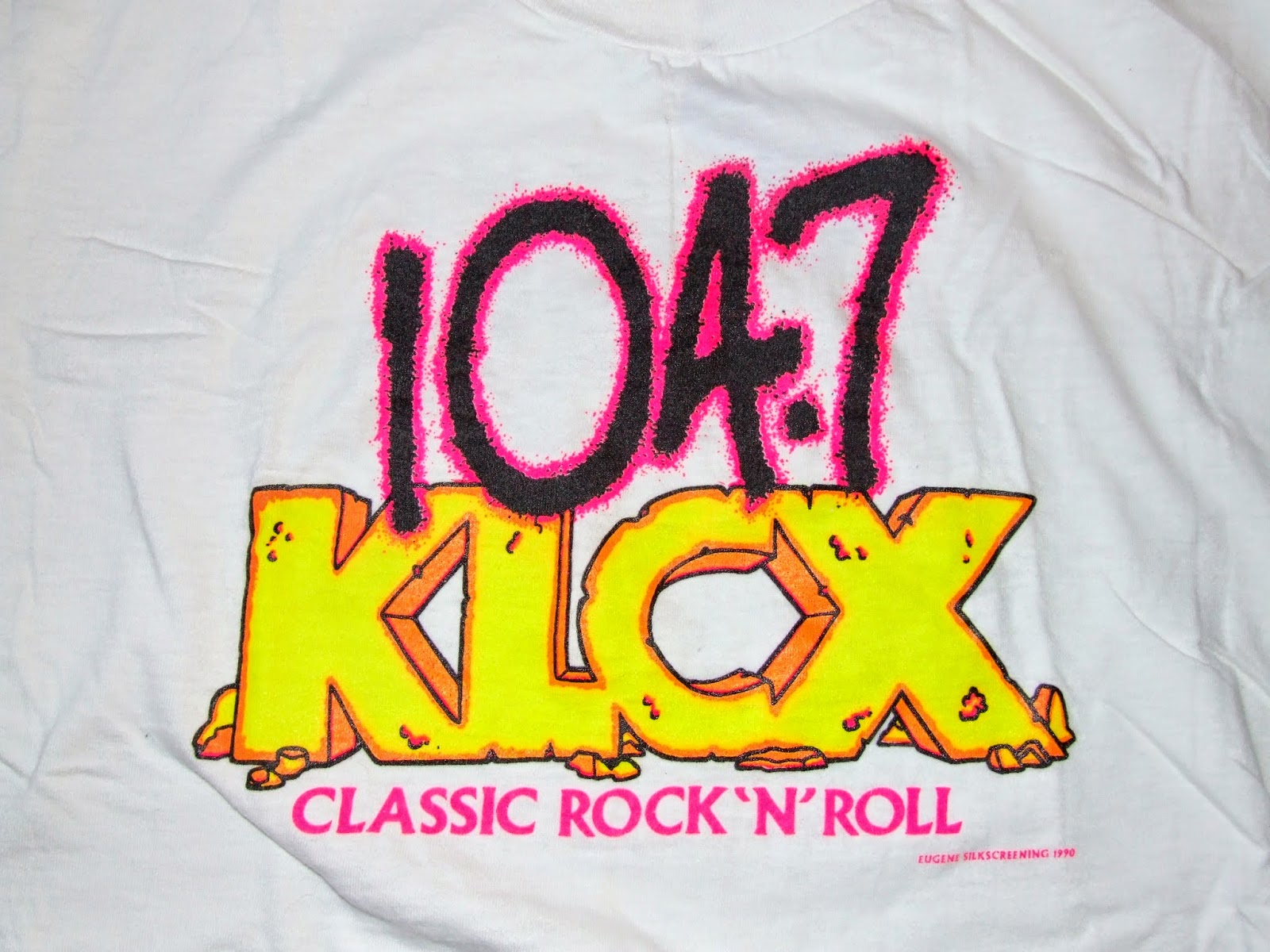 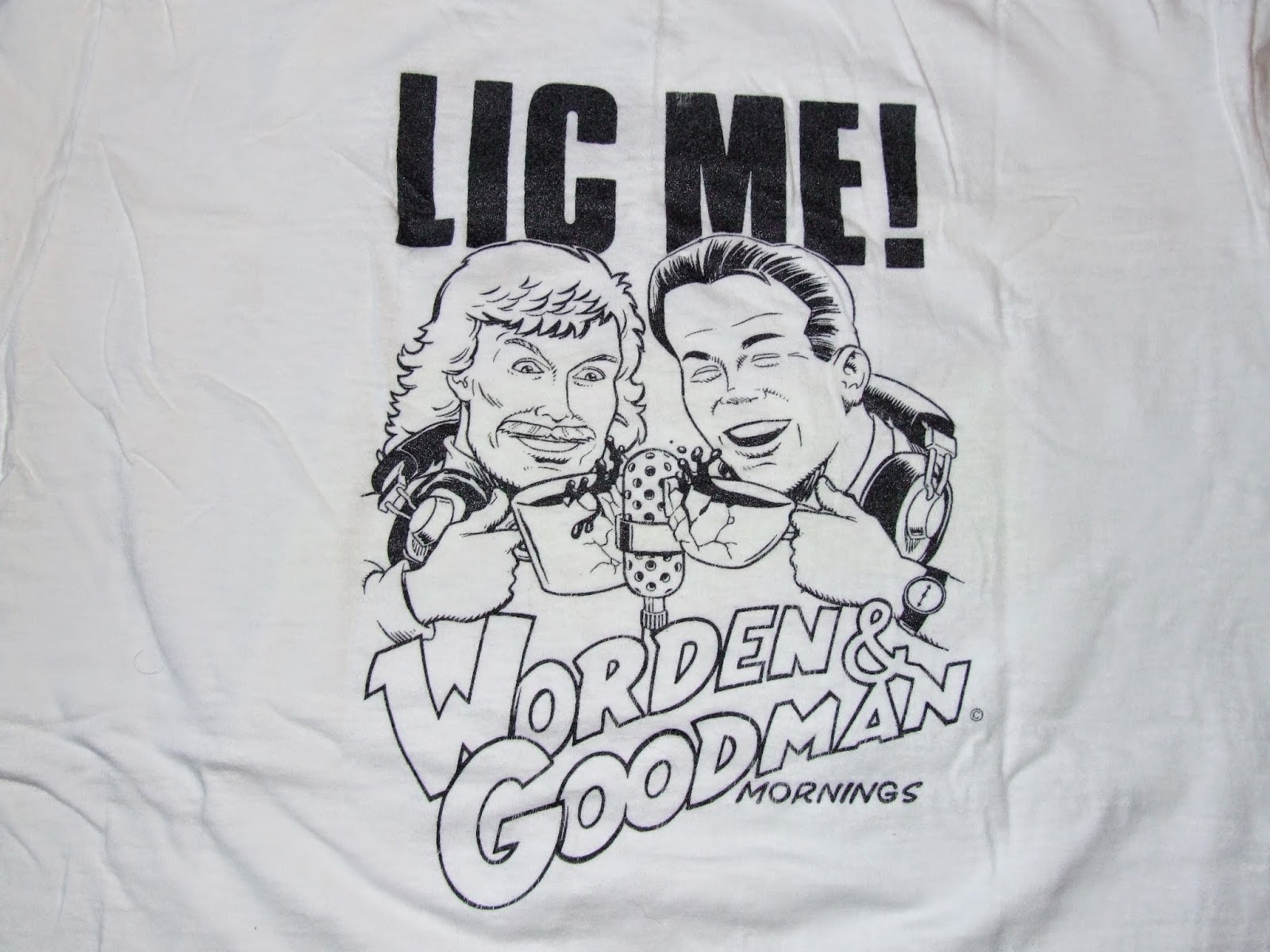 The front and back of a t-shirt from KLCX in Eugene, Oregon.  They were on the air from 1987 to 1993 before flipping to CHR as KDUK.  KLCX was licensed to Florence, OR.  Anyone know what Worden & Goodman's "Lic Me!" was all about (and why it was spelled like that?) 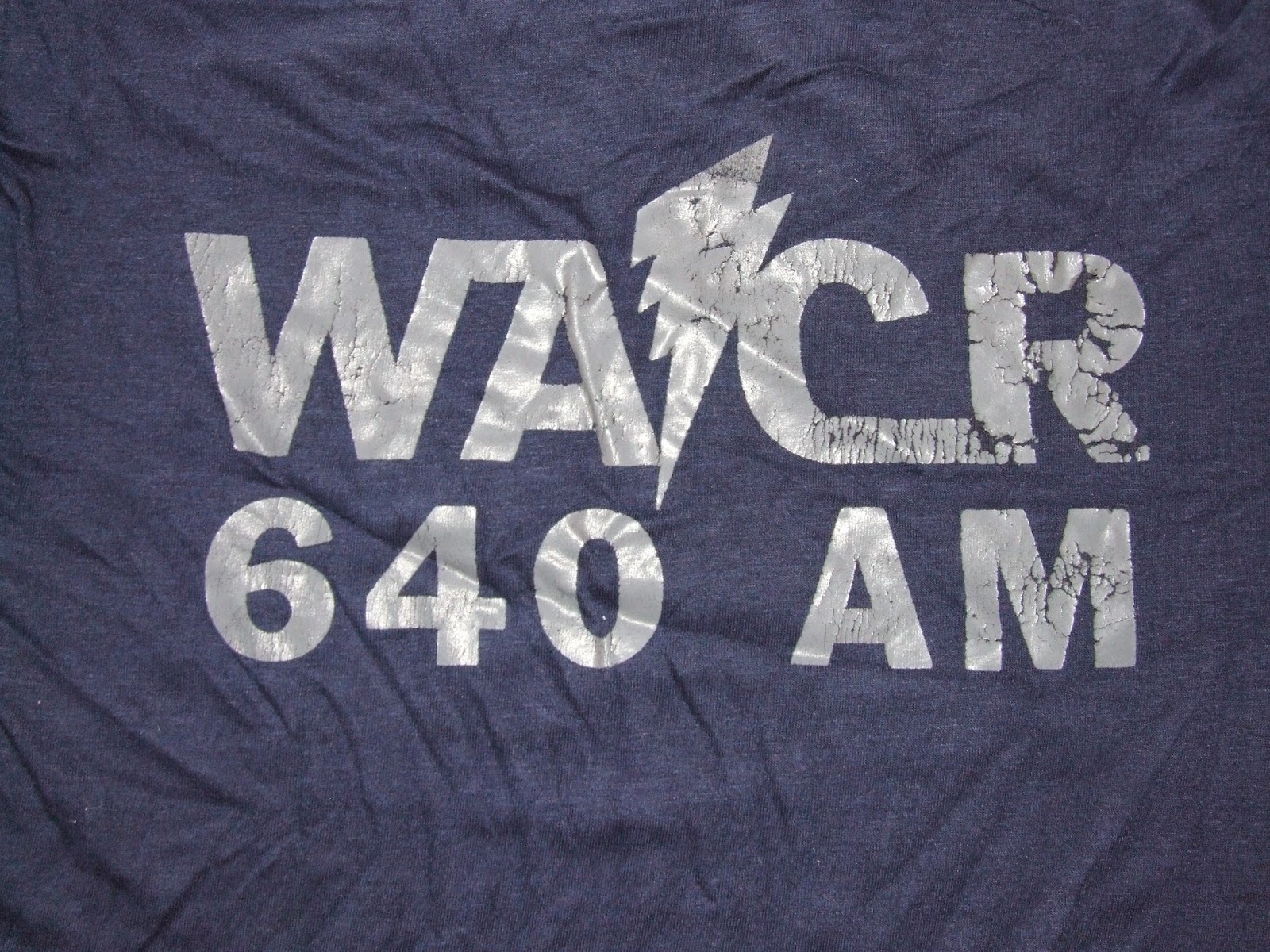 A vintage shirt from WACR (W Allentown College Radio) in Allentown, Pennsylvania.  WACR apparently still broadcasts (a student handbook from 2013-2014  lists them in the campus directory) but there doesn't seem to be any online presence for the station.  Allentown College changed names in 2001 to DeSales University which also has an internet-only station WDSR.  The WDSR Facebook page says that WACR began broadcasting in 1975.
Posted by Greg at 9:07 PM No comments: 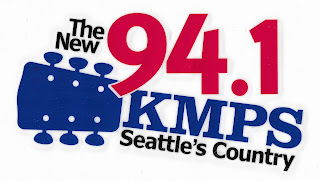 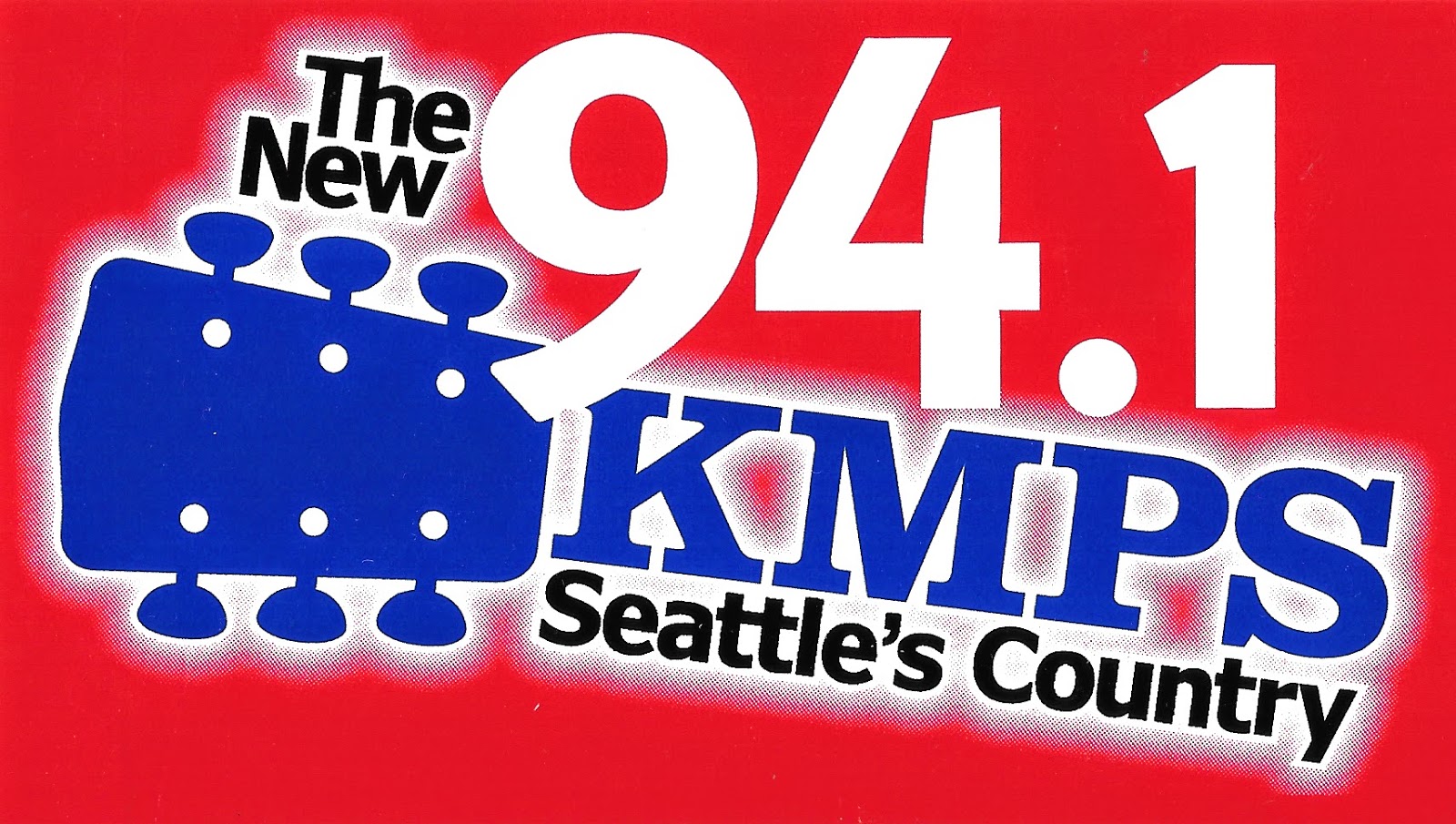 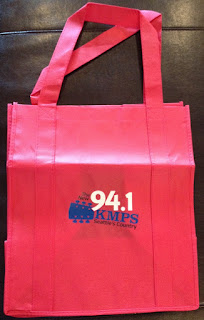 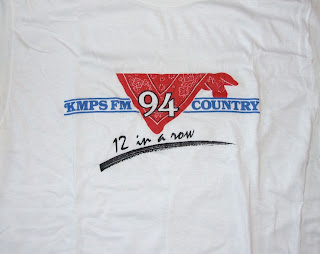 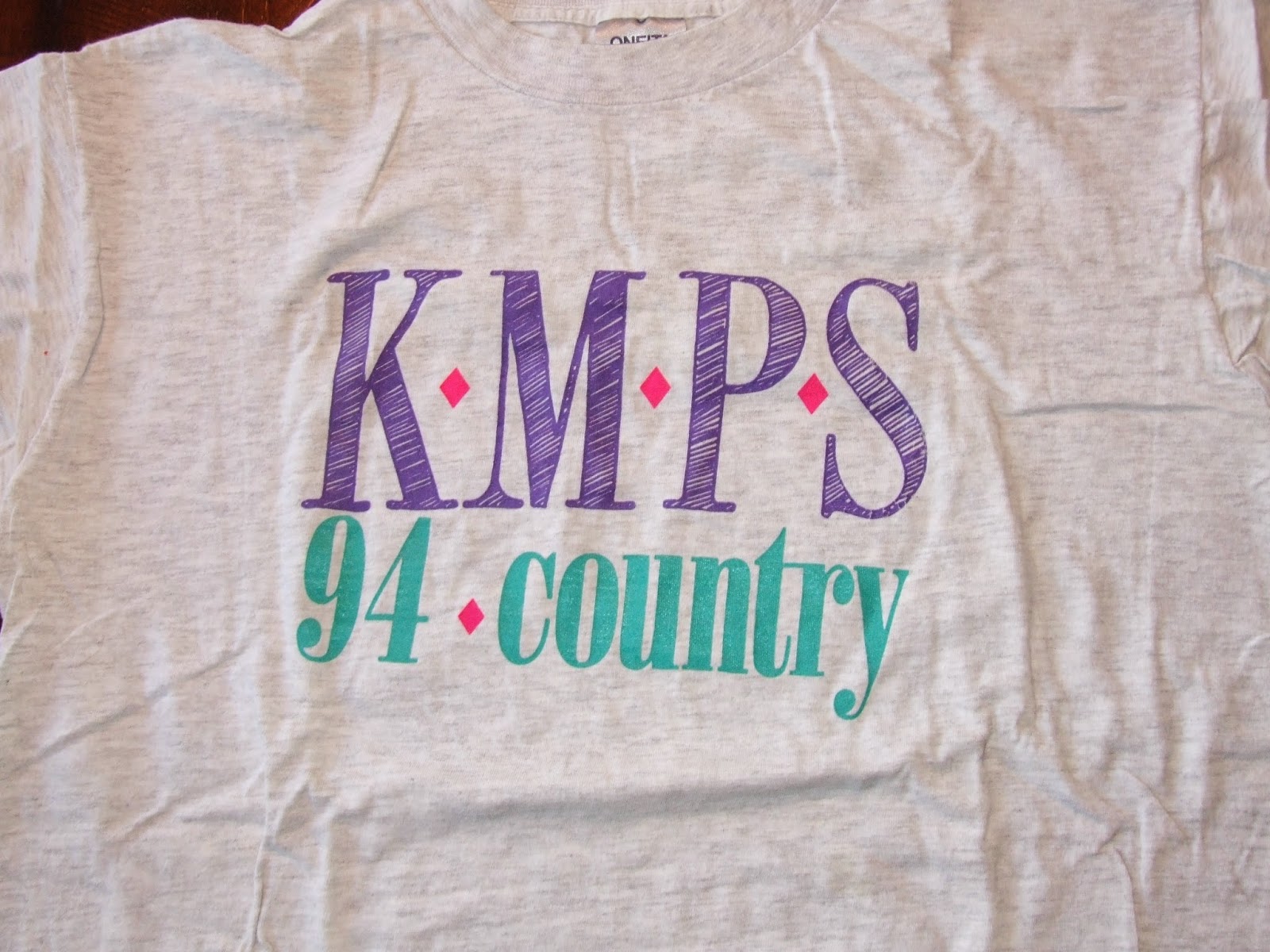 KARM began broadcasting in 1938 at 1310 AM in Fresno, California.  This oversized, mid-1970s(?) "Sam Schwan for President" sticker dates to when the Broadcasting Yearbook says they carried a News format.  1430 AM is currently an Oldies outlet KYNO.

WLRS signed on the air in 1964, originally as a training ground for students at the (W) Louisville Radio School in Louisville, Kentucky.  The station was at its peak in the 1970s as an Album Oriented Rock station and topped the city's Arbitron ratings in 1978.  In 1991 they flipped to Adult Contemporary as "Mix 102" and about six years later switched to Alternative Rock.  WLRS later moved up the dial to 105.1 FM, while 102.3 became WULV with a Soft AC format.  102.3 FM is currently Hot AC "The Max" WXMA.  Airchecks, photos and other memorabilia from the glory days of "The Walrus" can be found here.

WGAR has been a Country station in Cleveland, Ohio since 1984.  The call letters stand for (W) George A Richards, a man of questionable ethics who owned KMPC in Los Angeles and WJR in Detroit as well as the Detroit Lions football team.

1250 AM WBRM plays Country music and is licensed to Marion, North Carolina, at the edge of the Blue Ridge Mountains. 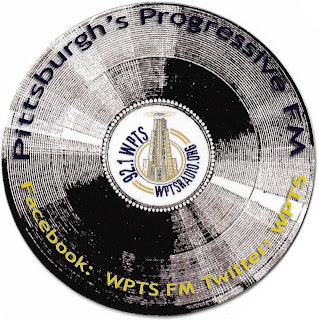 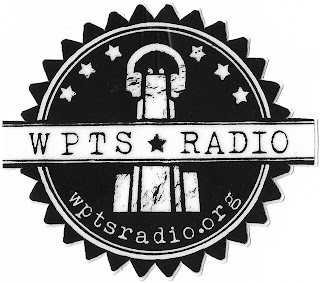 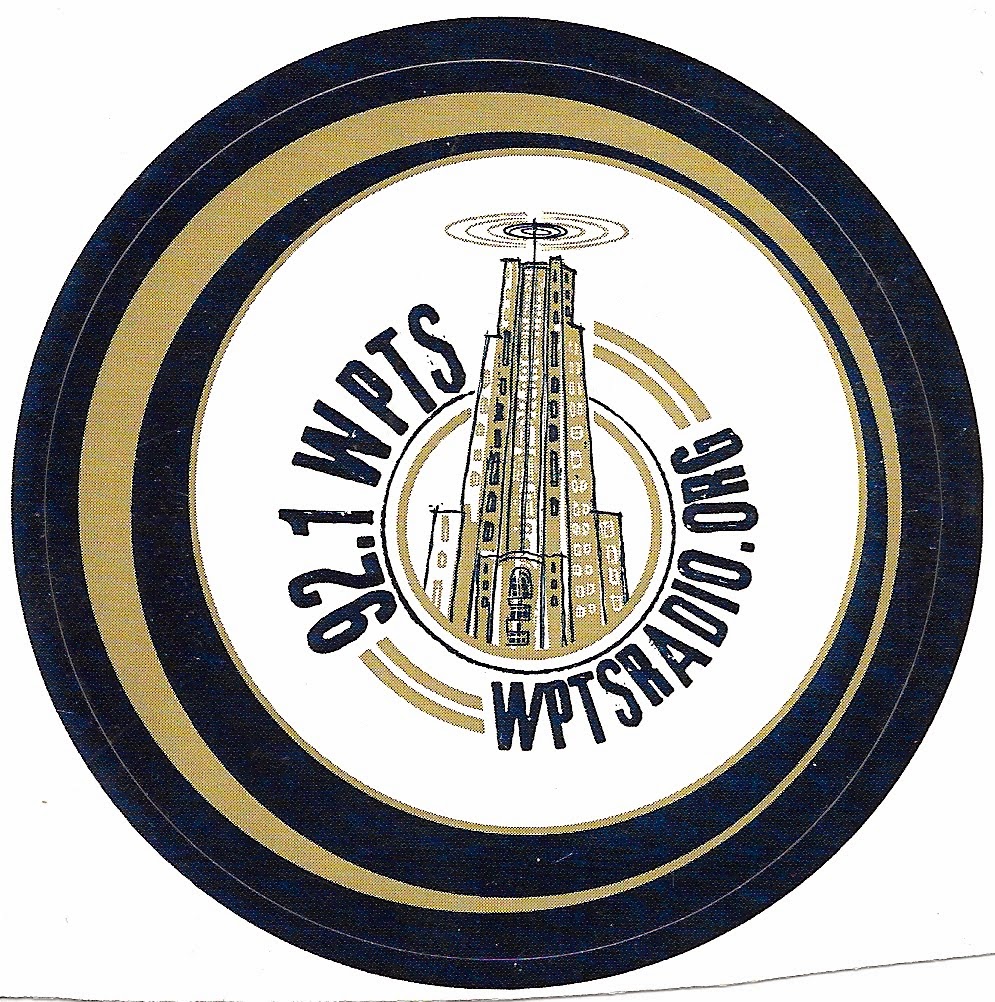 92.1 WPTS is a 17-watt, student-run station at the University of Pittsburgh in Pittsburgh, Pennsylvania.  The transmitter is located on top of the Cathedral of Learning, the tallest educational building in the western hemisphere and centerpiece of the university's campus.
Radio at Pitt began in the late 1950s when a group of students formed the Student Broadcasting Association with the intent of getting a station on the air.  Led by Adrian Cronauer (whose wartime experiences became the basis for the 1987 movie Good Morning Vietnam) they finally succeeded in 1961 broadcasting at 820 AM with call letters WPGH.  The struggle to find room on the FM dial ended in 1984 when the FCC granted them the last ever 10-watt Class D license to a station on the commercial band. 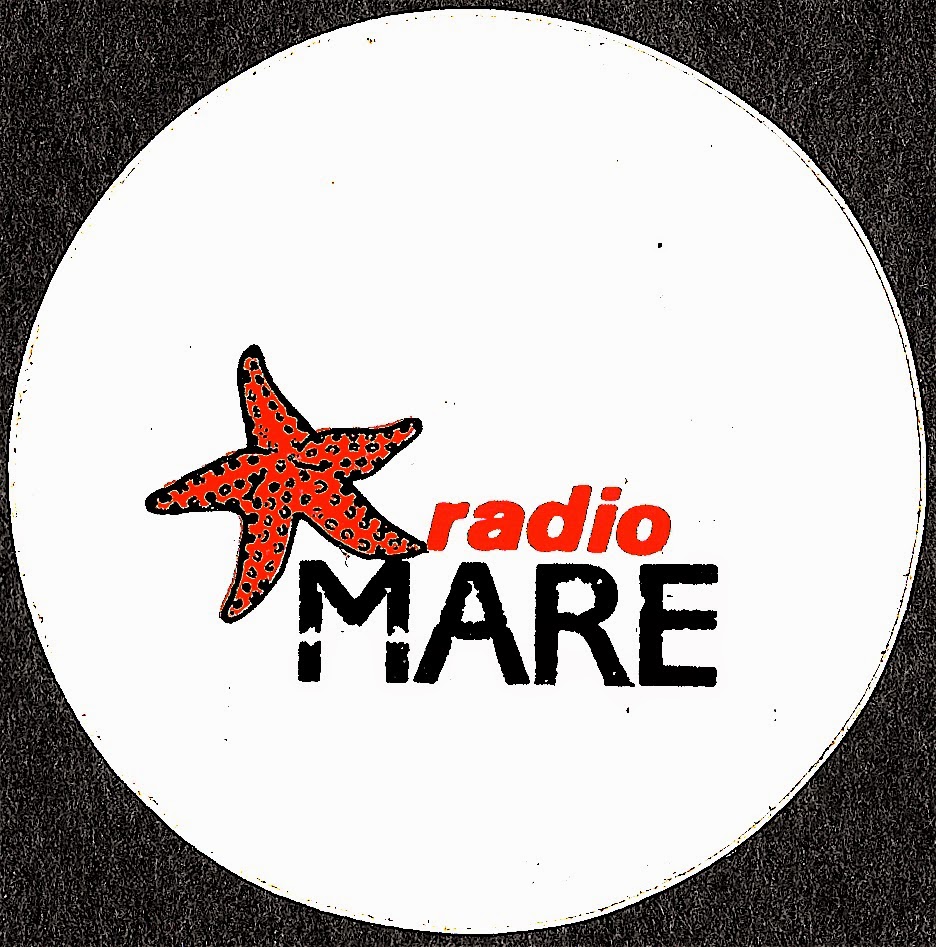 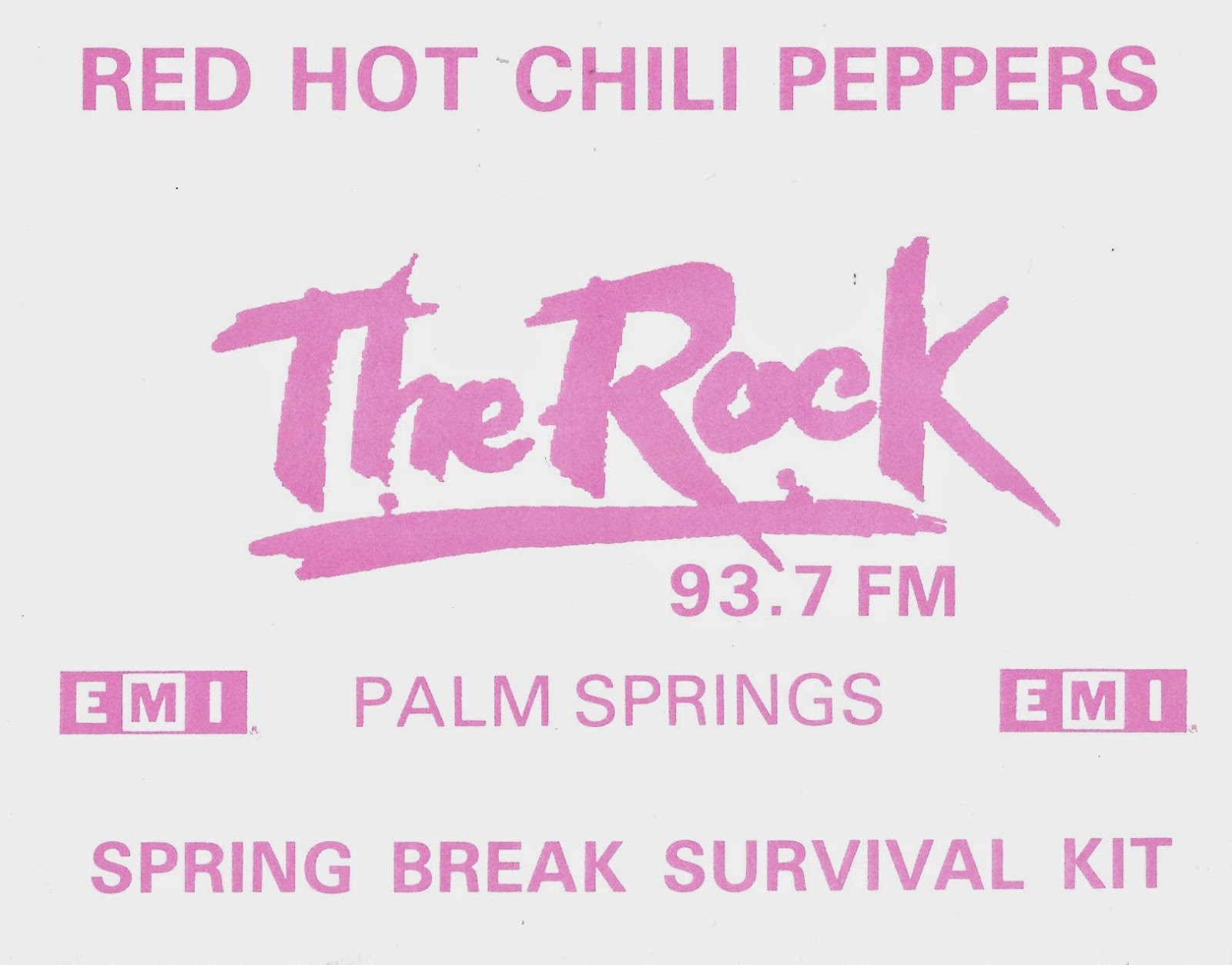 Yesterday I posted a bunch of stickers from KRXQ "93 Rock" in Sacramento, California.  The above decal was filed in with them but it's pretty clear that this sticker isn't from KRXQ.  It's probably from 93.7 KCLB which was known as "The Rock" from 1991 until 2005.  KCLB is licensed to Coachella, CA...nowhere near Sacramento. 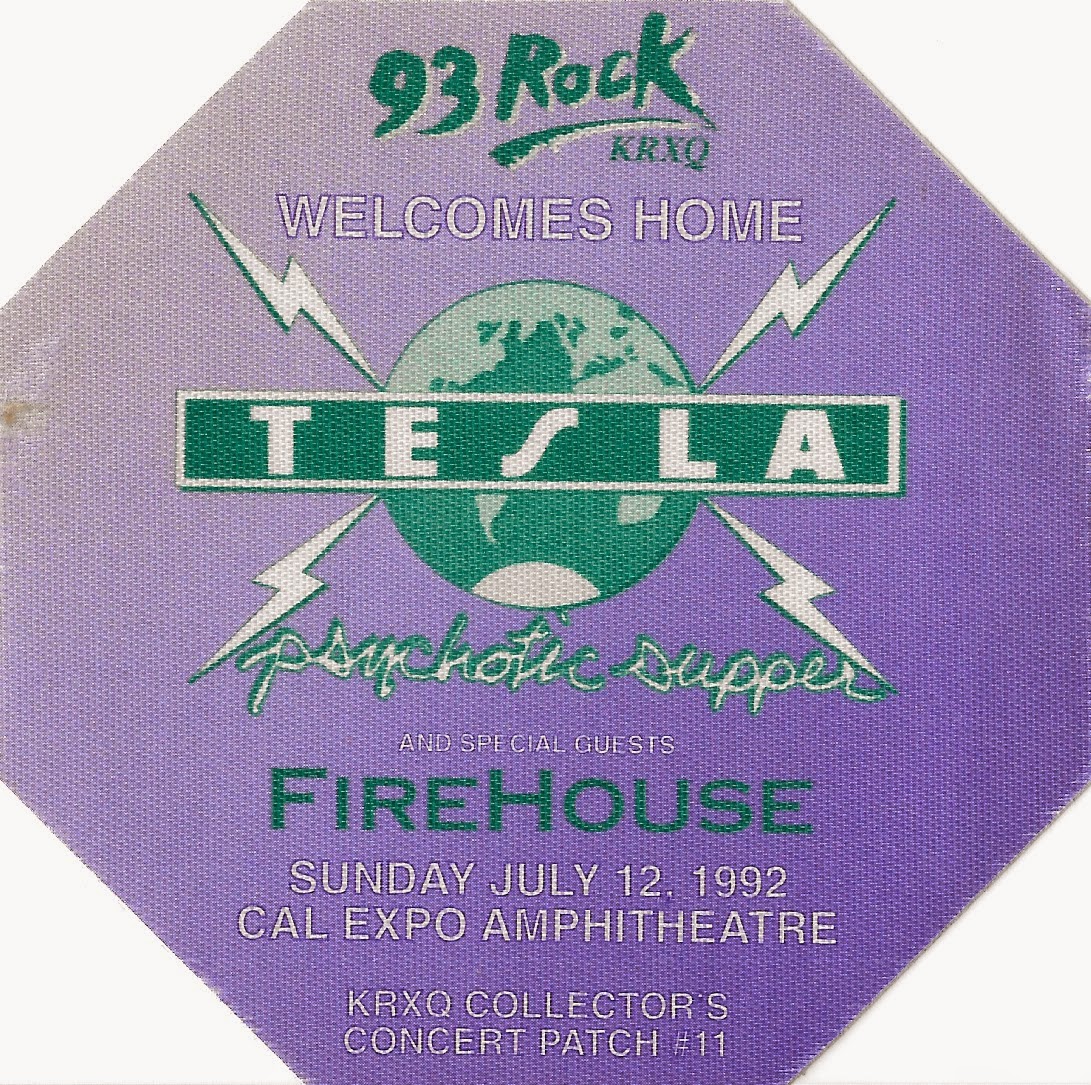 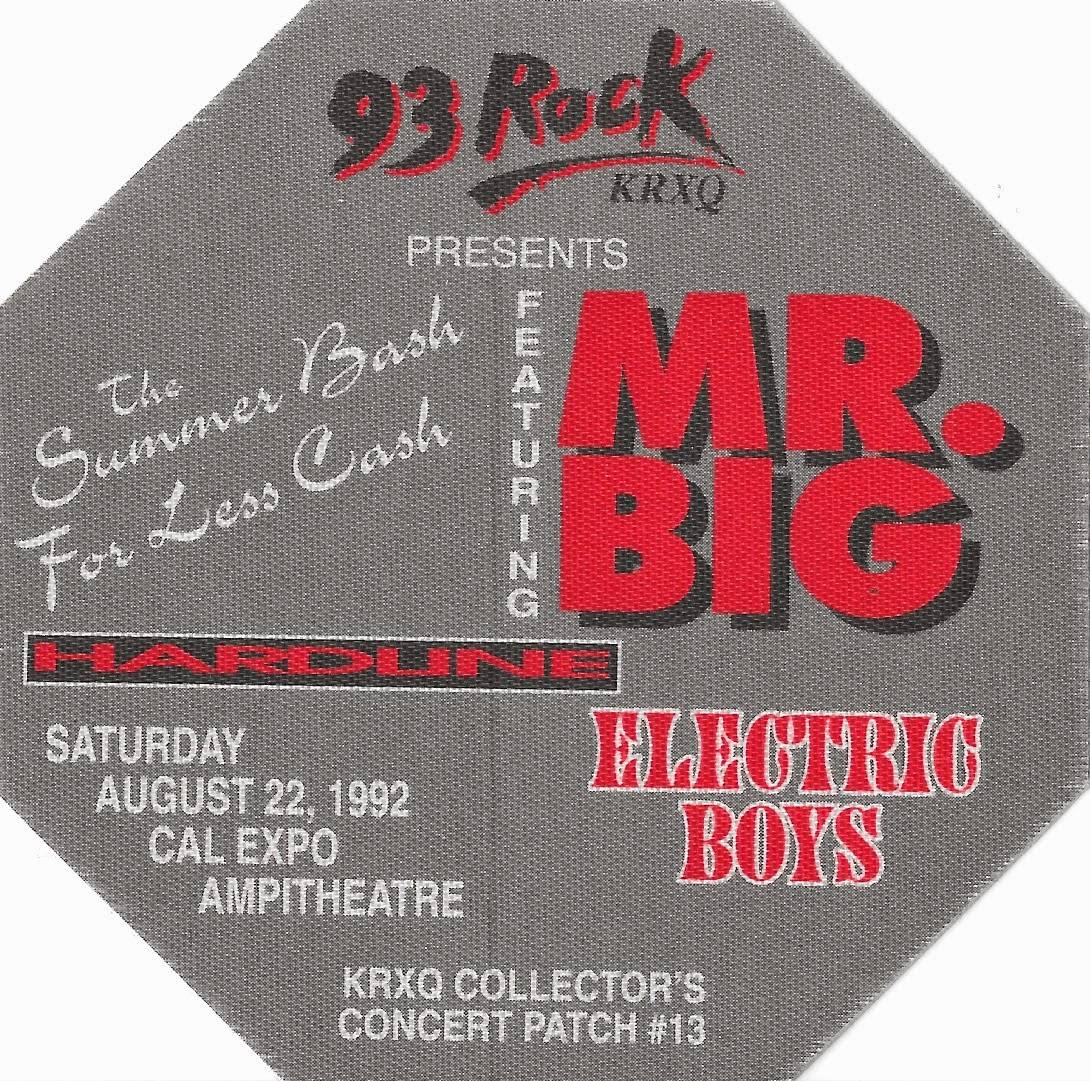 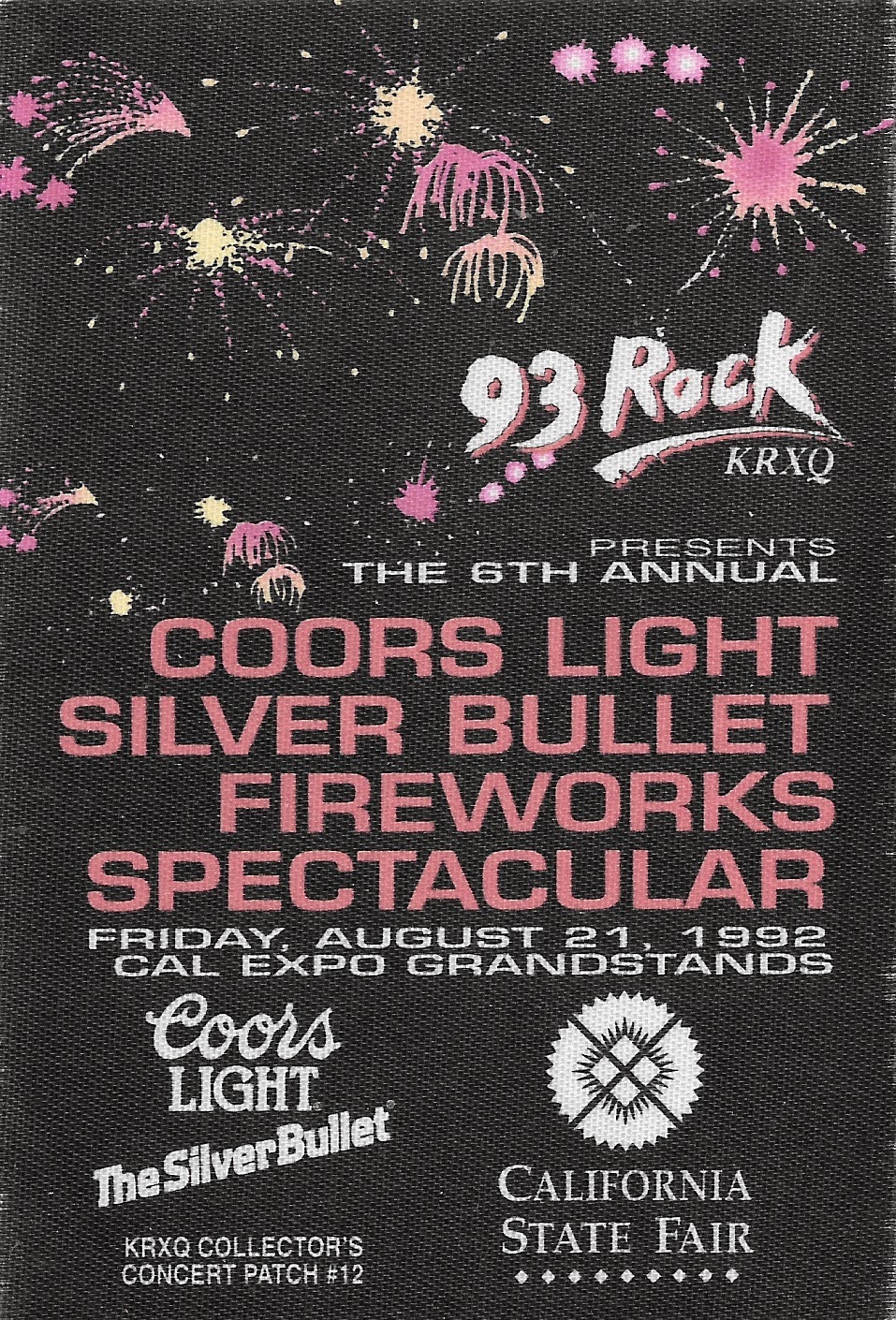