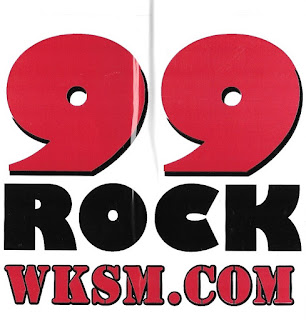 90.7 WGCC broadcasts from (W) Genesee Community College in Batavia, New York.  They went on the air in 1985.

The Country Bear trimulcast of stations played Classic Country in southeastern North Carolina circa 1998.
Posted by Greg at 3:45 PM No comments: 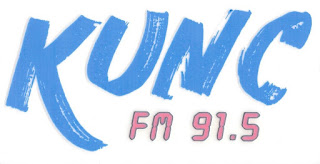 91.5 KUNC is a non-commercial, public radio station licensed to Greeley, Colorado.  They began broadcasting from Colorado State College in 1967 as KCBL (K Colorado Broadcast Laboratory) before becoming KUNC when the school was renamed the (K) University of Northern Colorado in 1970.  Programming is heard on 14 stations and translators throughout northern Colorado.
Posted by Greg at 6:18 PM No comments: 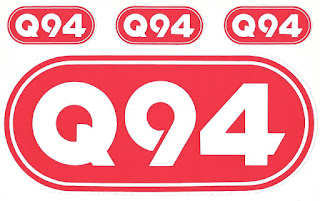 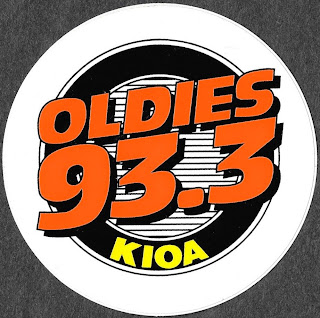 93.3 KIOA plays Classic Hits in Des Moines, Iowa.  In the past few years they dropped the "Oldies" branding and evolved into playing hits of the 1970s and 80s.
Posted by Greg at 6:58 PM No comments: 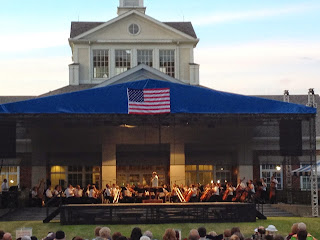 Yesterday we made another visit to Carillon Park to watch the Dayton Philharmonic Orchestra perform their annual Memorial Day weekend concert.  Dayton's Classical music station WDPR was once again in attendance (I grabbed a fan from them two years ago.)  This time they were giving away pens and magnets.  WDPR t-shirts were thrown into the crowd and one actually landed right at my feet.  The lady in front of me really should have caught it but it bounced right to me.  I ended up giving it back to her and she then gave it to her daughter. 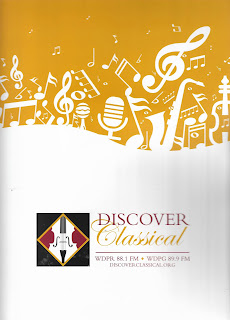 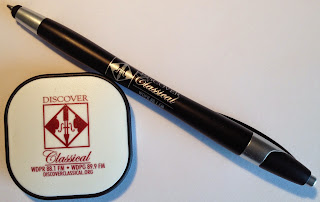 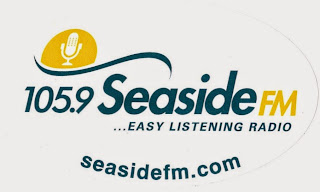 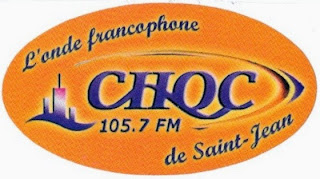 105.7 CHQC is a community radio station in Saint John, New Brunswick.  They went on the air in 2006 and aims to facilitate the dissemination of French culture in Saint John and the surrounding areas.  Music played is mainly French-language adult pop. 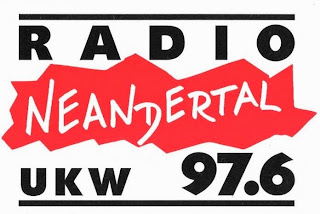 Radio Neandertal began broadcasting on September 15, 1990 from Mettmann in west/central Germany.  The Neandertal valley was made famous in 1865 by the discovery of the remains of an extinct species of archaic humans commonly called the Neanderthals. 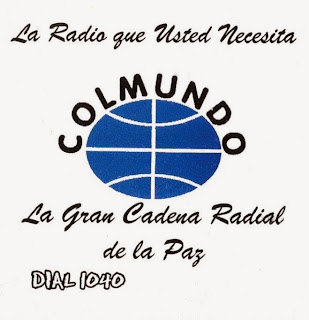 Colmundo Radio is a national radio network based in Bogota, Colombia.  They are heard on 10 different AM frequencies throughout the country.

WROU is an Urban Adult Contemporary station in Dayton, Ohio.  They were previously a Mainstream Urban outlet before the arrival of competitor "Hot 102.9" WDHT took over with younger listeners with its R&B/Hip-Hop format and stronger signal.  WROU was Dayton's last locally owned commercial radio station before being bought by Radio One in 2003.  It was founded in 1991 by Ro Nita Hawes-Saunders, a former personality on WDAO which was the first FM R&B station in the country.  WROU is licensed to West Carrollton, OH. 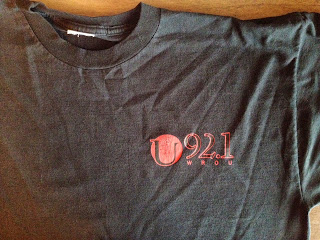 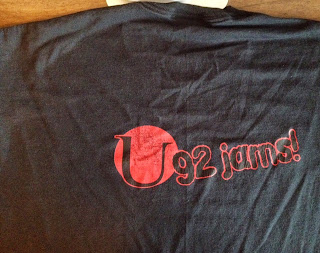 The front and back of a (very wrinkly) WROU t-shirt.
Posted by Greg at 1:10 PM No comments: 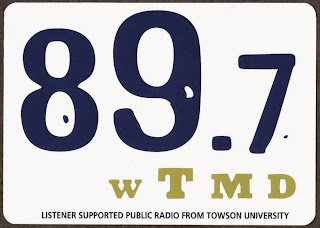 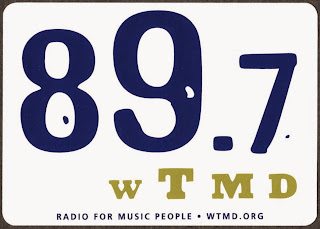 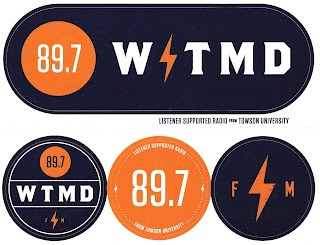 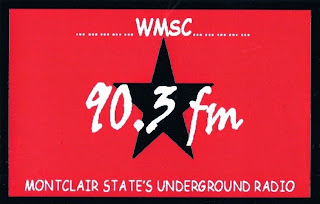 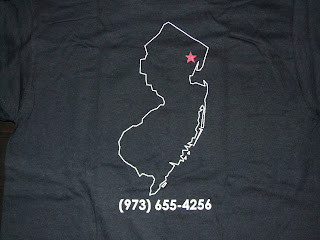 The back of a WMSC t-shirt.

The 90 year history of WJOL in Joliet, Illinois began when WJBI went on the air at 1400 AM in 1925.  Less than a year later the call letters changed to WCLS (Will County's Largest Store).  Frequency shifts to 1390 AM and 1310 AM took place later in the decade before their final switch to 1340 AM occurred in 1941.  The station switched call letters to WJOL in 1945.  WJOL currently carries a mix of News/Talk and Sports along with a one hour Polka show on Sunday mornings.

Future Hall of Fame baseball announcer Harry Carabina aka Harry Caray got his first Chicago-area broadcasting job at WCLS in 1940.
Posted by Greg at 8:17 PM No comments: 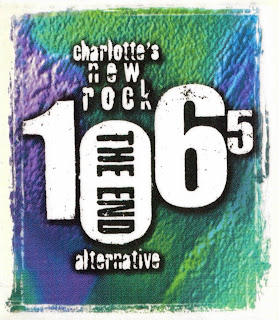 WEND "106.5 The End" is an Alternative Rock station licensed to Salisbury, North Carolina.
This week is the 20th anniversary of the beginning of "The End".
Posted by Greg at 3:40 PM No comments: 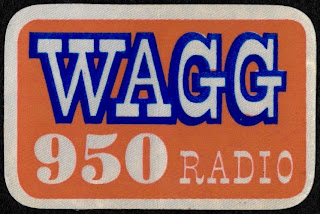 WAGG was a Country station in Franklin, Tennessee that went on the air in 1953.  They were (and continues to be, with call letters WAKM) known for their hyper-local focus on community events, local news, high school sports and the Trade Time Live call-in swap show.  A scene from the movie Coal Miner's Daughter was shot at WAGG because the equipment in the control room was authentic to the time period when Loretta Lynn was driving around promoting her singles to radio stations.

WVSG "St. Gabriel Radio" is a Religious station in Columbus, Ohio.
AM 820 is the oldest active frequency in the city going back to experimental station 8XL in 1920.  It was also the long-time home of Ohio State University's WOSU which operated from 1933 to 2011. 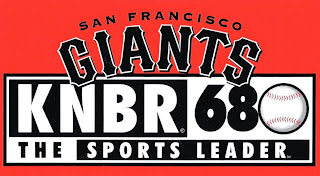 KNBR programming is simulcast on 1050 AM KTCT licensed to San Mateo, CA. 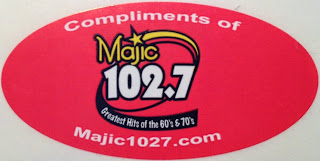 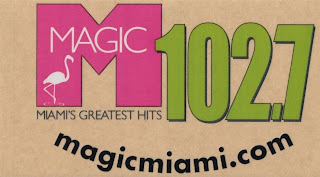 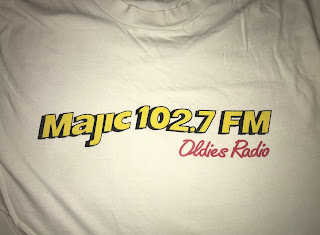 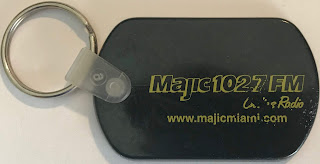 WMXJ "Majic/Magic 102.7" is a Classic Hits station in Miami, Florida and licensed to Pompano Beach.
Posted by Greg at 6:05 PM No comments: