VIC Radio is one of two student-run stations at Ithaca College in Ithaca, New York.  They are now an internet-only station best known for their 50 Hour Marathon.  Every year since 1986, four DJs broadcast 50 hours straight to raise money for a local charity or community organization. 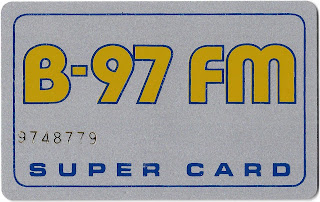 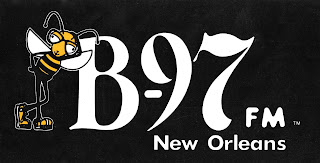 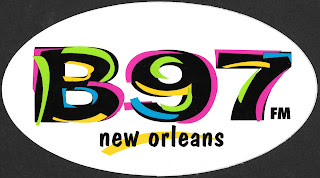 A 1987 decal from WHME in South Bend, Indiana.  At that time they carried a Contemporary Christian music format.  Currently, they air a mix of Religious Talk and Teaching programs branded as "Harvest 103.1"

AM 990 WDCX is a Religious station in Rochester, New York.  They are co-owned with Buffalo, NY's WDCX FM. 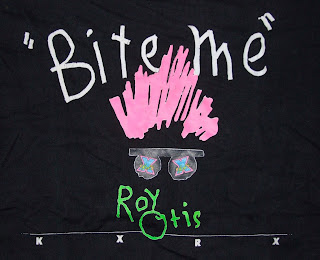 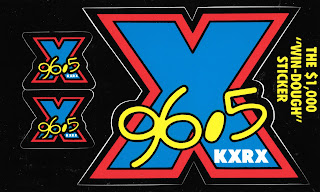 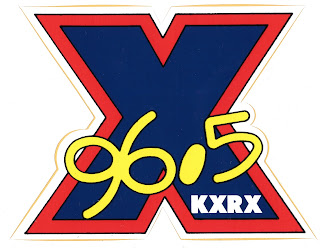 T-shirt and stickers from KXRX, a Rock station in Seattle, Washington from 1987 to 1994. 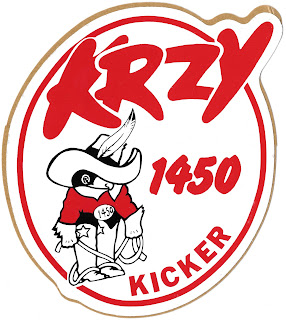 Albuquerque, New Mexico's 1450 AM KRZY is currently a Spanish Sports station carrying programming from ESPN Deportes Radio.  The coupon on the back of the top sticker dates it to 1983 when KRZY was a Country station. 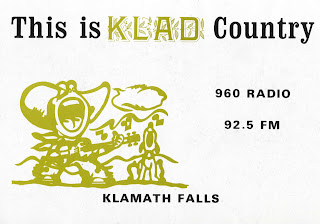 KLAD AM & FM broadcast from Klamath Falls, Oregon.  This 1970s-era sticker dates to when both halves carried a Country format.  92.5 FM is still Country while 960 AM is an ESPN Radio affiliate. 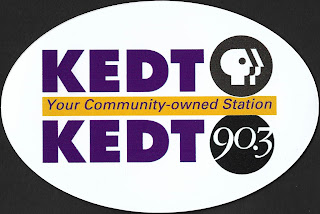 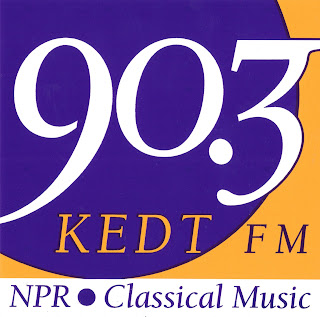 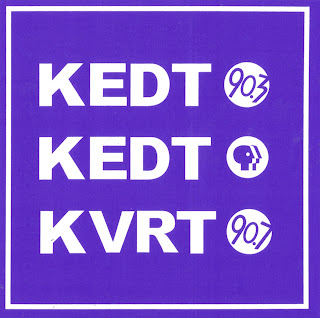 90.3 KEDT is a public radio station in Corpus Christi, Texas.  They went on the air in 1982 as KKED but changed calls to KEDT to match sister station KEDT-TV.  Programming is also heard on 90.7 FM KVRT licensed to Victoria, TX.
Posted by Greg at 6:57 PM No comments: 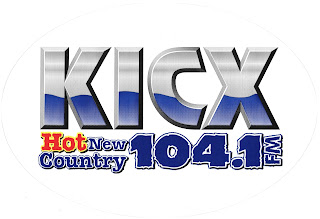 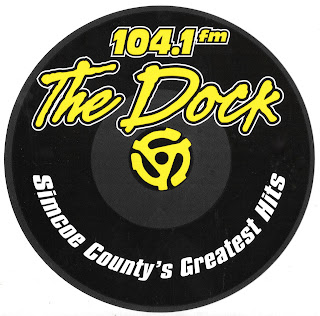 CICZ "104.1 The Dock" is a Classic Hits station licensed to Midland, Ontario.  From around 1993 until 2008, CICZ carried a Country format branded as "KICX FM".  It's probably obvious to a resident of Midland why the station is known as "The Dock"....all I know is that Wikipedia says that fishing and boating are popular activities in the area and there are a number of marinas and a sailing club based in the town. 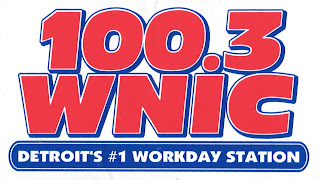 A magnet from Adult Contemporary 100.3 WNIC licensed to Dearborn, Michigan.  This logo was used from 2003 until 2010. 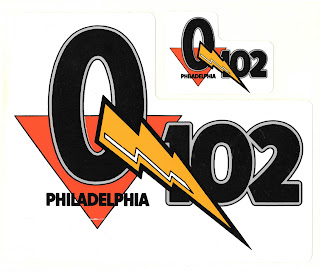 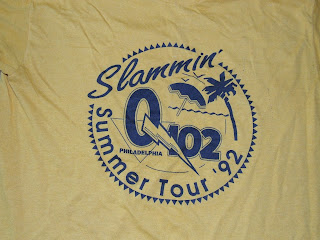 Philadelphia, Pennsylvania's WIOQ flipped from Oldies to a hybrid CHR/Urban format in 1989 and have carried some form of Top-40 ever since.

I found this decal in an envelope with other stickers from Italy but can't be sure it's actually from there.

Somebody wrote this on the back but I can't make it out clearly.  Anybody know what country this decal is from?

UPDATE:  An anonymous commenter suggested that it might say "Calabria" and he/she is right!  I found this jingle which has the same station logo.  Apparently NRG broadcast Dance music from Reggio Calabria in southern Italy. 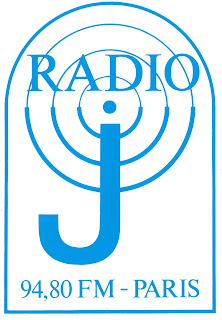 Radio J has broadcast to the Jewish community of Paris since 1981.  They are one of four Jewish stations sharing the 94.8 FM frequency in France's capital, along with Radio Shalom, Judaic FM and RCJ.
Posted by Greg at 3:36 PM No comments:

WWCM AM & FM simulcast a Country music format circa 1977.  Both stations were licensed to Brazil, Indiana.

WPOW went on the air in New York City in the late 1950s, sharing the 1330 AM frequency with WEVD.  They ceased broadcasting in 1984.  This sticker dates to when they carried a Religious format. 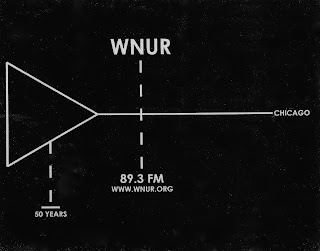 89.3 FM WNUR is the student radio station of Northwestern University in Evanston, Illinois.  They've been on the air over 66 years and broadcast a variety of music genres including Freeform Rock, World Music, Jazz, Blues, Hip-Hop as well as News and Sports programming.  The 7,200-watt station can be heard throughout Chicago and its northern suburbs.

The coupon on the back of this decal dates it to 1994 when that year's (and 1995's) Broadcasting Yearbook says they carried a CHR format.  In fact, "Katfish 95" carried a Country format for at least part, if not all, of their existence.  WKTF was licensed to Jackson, Mississippi.

1470 AM WBTX is a Southern Gospel and Religious Teaching station licensed to Broadway-Timberville, Virginia.  They are also heard on translator W271CC at 102.1 FM. 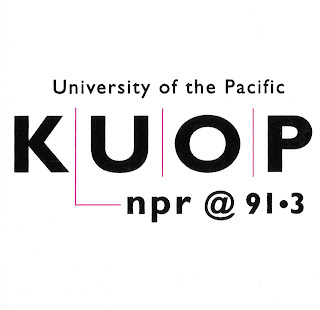 KUOP is a 7,000-watt public radio station licensed to Stockton, California.  The call letters stand for (K) University Of the Pacific which owned the station until 2007 when they were bought by Capital Public Radio.  CPR had been managing the station since 2000 after the UoP discontinued its radio broadcasting degree program.  KUOP was founded in 1947 as KCVN and is the oldest licensed non-commercial station in California. 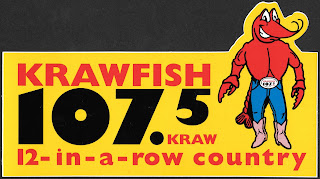 A coupon on the back of this AM 1270 KIOX bumper sticker dates it to 1993.  The Broadcasting Yearbook from that year lists their format as "Contemporary Hit Country" and licensed to Bay City, Texas.
Bobby Jones was a local polka musician and radio personality (on 1390 AM KULP, at the time) who disappeared in 2007 and was never heard from again.  The license plate from his car was found near the Colorado River but nothing I could find online indicates that he (or his car) was ever found. 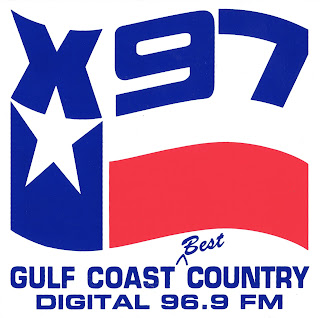 "X97" KIOX played Country music and was licensed to El Campo, Texas.  I'm too lazy to research if they were co-owned or just used the same call letters as the station at 1270 AM.  The KIOX call letters still exist in the Bay City area at 96.1 FM licensed to Edna, TX.
Posted by Greg at 5:23 AM No comments:

KCCF was a Christian music station licensed to Ferndale, Washington from 1998 until 2002.  They currently carry a Multicultural/South Asian format primarily for residents of metro Vancouver, British Columbia as "Sher-E-Punjab Radio" KRPI. 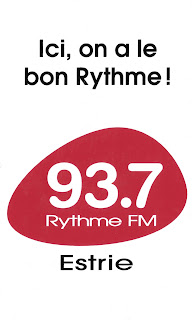 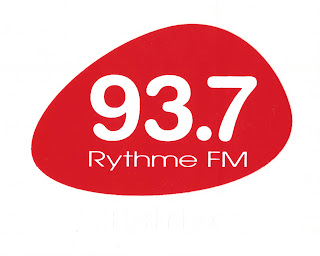 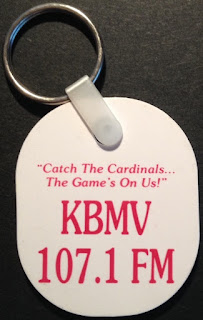 107.1 FM KBMV airs Contemporary Christian music as part of the K-LOVE Radio Network.  They are licensed to Birch Tree, Missouri.