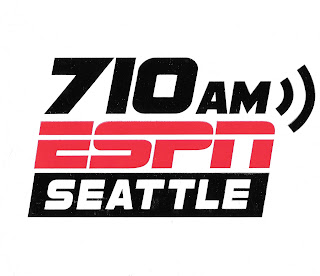 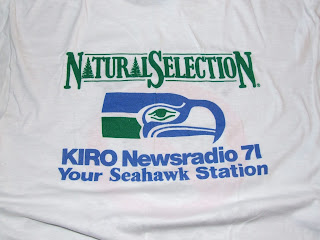 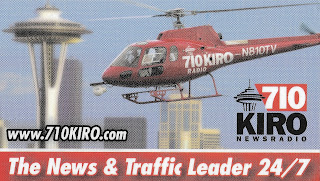 Seattle, Washington's 710 AM KIRO is a Sports station affiliated with ESPN Radio.  They are the flagship station for both the Seattle Seahawks and Seattle Mariners.  From 1986 until 2009, KIRO carried a News/Talk format. 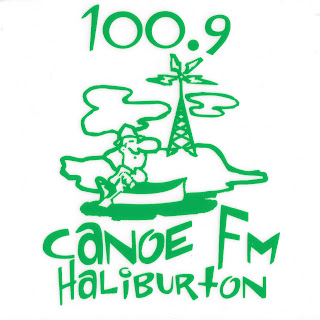 CKHA "100.9 Canoe FM" is a mostly volunteer-run, community radio station in Haliburton, Ontario.  They signed on the air in July, 2003. 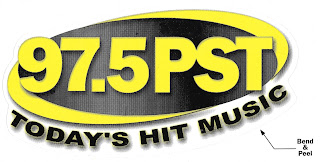 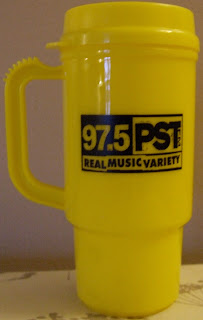 WPST (W Passport Stereo Trenton) has been a Top-40 station in central New Jersey since the mid-1970s.  In 2005, WPST changed their city-of-license from Trenton to Burlington which essentially put it in the Philadelphia, Pennsylvania radio market.  97.5 FM is now Sports formatted WPEN, while the WPST calls now live at 94.5 FM still licensed to Trenton.

104.3 KBIG is a Hot Adult Contemporary station in Los Angeles, California.  They are consistently at or near the top of the Nielsen Ratings in the second largest radio market in the United States. 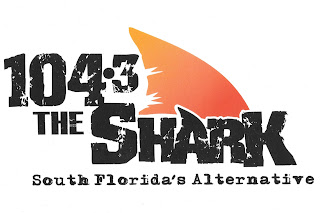 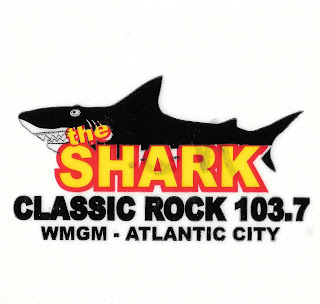 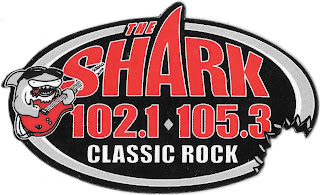 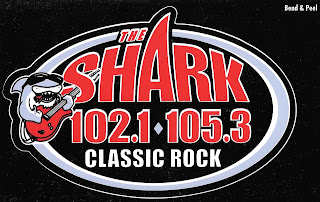 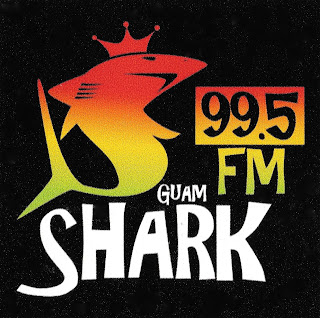 KZGU - Mangilao, Guam
Posted by Greg at 7:01 PM No comments: 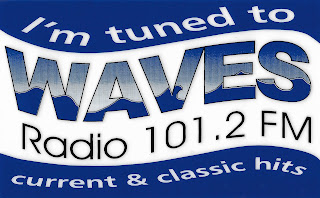 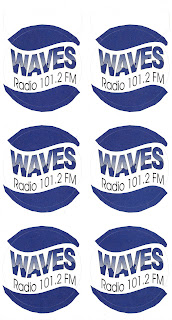 A six-pack of stickers from Waves Radio in Peterhead, Aberdeenshire, Scotland.  They made occasional, seasonal broadcasts on 1566 AM beginning in 1990 and received their full-time license in December, 1997. 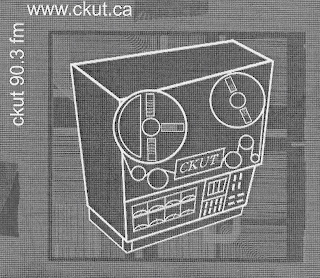 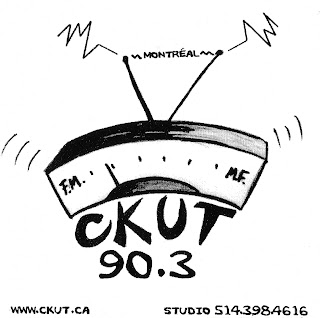 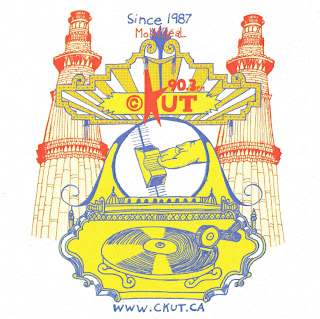 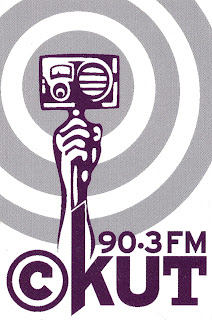 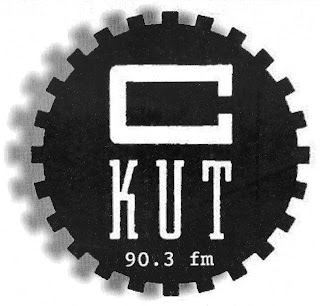 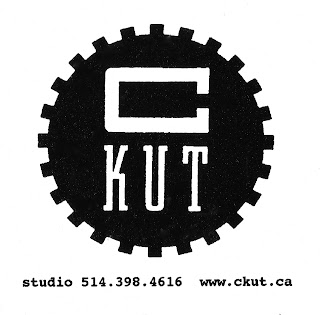 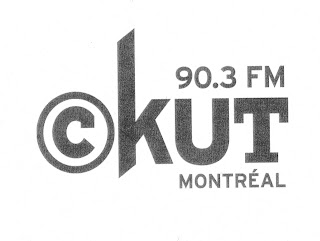 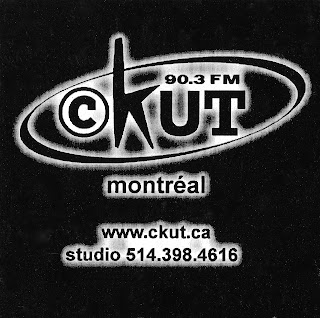 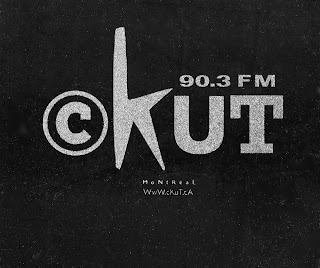 90.3 CKUT is a campus/community radio station based at McGill University in Montreal, Quebec.  Staffing is made up of over 200 volunteers who produce dozens of block-programmed music and spoken word shows spanning many genres.
I recently discovered a great show on CKUT called the International Radio Report which is a weekly roundup of radio-related news and information.  The IRR has been on the air as long as CKUT has and will be celebrating their 30th anniversary later this year in November.  It's only the second radio-related program that airs on an actual AM or FM radio station that I'm aware of.  The only other "radio on radio" program I know of is Radio Survivor which now airs on KXRY in Portland, Oregon.  I'm not including shortwave either, where DXing programs are not uncommon. 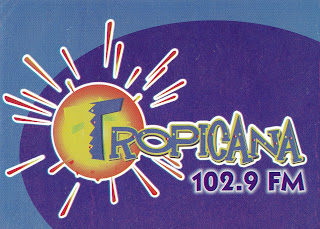 Tropicana Stereo is a network of about two dozen stations broadcasting throughout Colombia.  102.9 FM is heard in the capital city of Bogota. 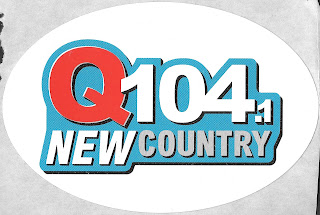 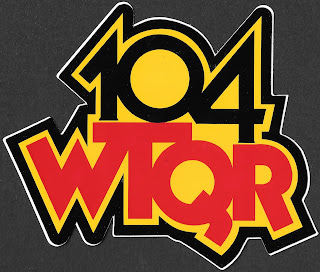 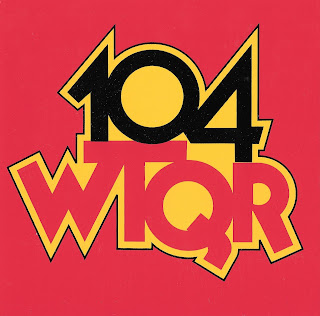 94.5 FM WMUU was an Easy Listening station licensed to Greenville, South Carolina.  They went on the air in 1960 and were originally owned by Bob Jones University (World's Most Unusual University) before the school sold it in 2012.

WJSM (Witness Jesus Savior Maundy) is a Religious station licensed to Martinsburg, Pennsylvania.  92.7 FM went on the air in 1965 while 1110 AM followed in 1968.

1300 AM WERE began broadcasting in Cleveland, Ohio on July 6, 1949.  Unlike most stations at the time, WERE went on the air a year after their FM sister station WERE 98.5.  They were a popular Top-40 station in the 1950s, an MOR station in the 1960s and carried News/Talk when this sticker was printed in the early 80s.
The Budweiser Cleveland 500 auto race (later renamed The Grand Prix of Cleveland) first took place in 1982 and every year after until 2007.  The inaugural race was won by local rookie driver Bobby Rahal from nearby Medina, Ohio.

1140 WAKK was a Country station from their launch in 1975 until flipping to Urban Gold around 1993.  They were licensed to McComb, Mississippi. 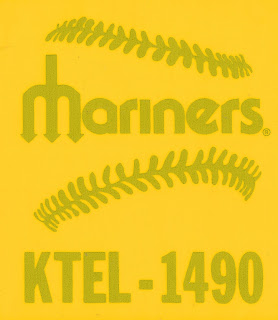 1490 AM KTEL is a Sports formatted station licensed to Walla Walla, Washington. 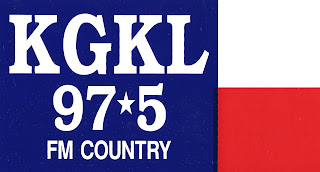 KGKL AM & FM are licensed to San Angelo, Texas.  AM 960 currently carries a News/Talk format while 97.5 FM plays Country music.
Posted by Greg at 5:39 PM No comments: