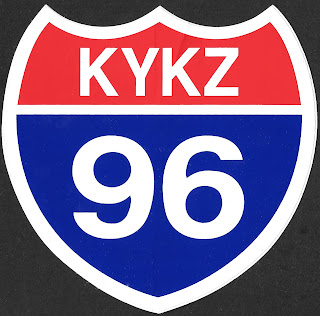 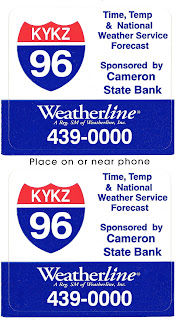 Banana FM 87.7 broadcasts from Wakayama, Japan.
Known as the "kingdom of fruit", Wakayama Prefecture is famous for their mandarin oranges as well as strawberries, grapes, persimmons and apricots.  Banana cultivation for clothing and household use in Japan dates back to at least the 13th century.  The fiber from the shoots are boiled in lye to make yarn, tablecloths and kimonos.
Another banana radio bumper sticker can be seen here. 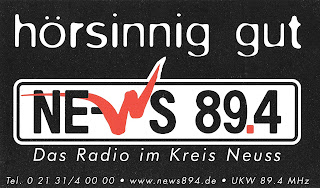 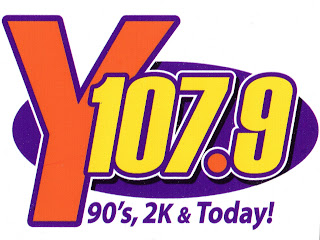 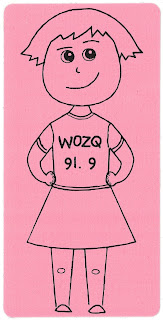 91.9 FM WOZQ broadcasts from Smith College in Northampton, Massachusetts.  Radio at the private women's liberal arts school began in January, 1949 when a carrier current station, WCSR, went on the air.  A 21-year, radio-free gap occurred between 1956 and 1977 when a new station, WRSC, was created.  A move to FM took place around 1982 with new call letters WOZQ.

1400 AM WLTN is an Oldies outlet in (W) LiTtletoN, New Hampshire.  The 1,000-watt station went on the air in October, 1963 and can also be heard on translator W253AY at 98.5 FM.
This vintage sticker depicts the Old Man of the Mountain, a rock formation on Cannon Mountain that looked like a profile of a face when viewed from the north.  Sadly, the Old Man collapsed to the ground in 2003, a victim of a millenium of freezing, thawing and erosion that no amount of maintenance could keep up with. 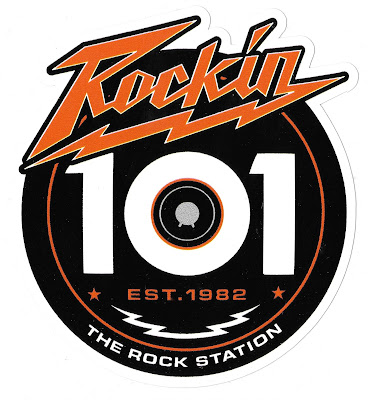 "New Mix 100" was an Adult Contemporary station licensed to Portage, Wisconsin.  WDDC is now branded as "Thunder 100.1" and carries a Country format.

KSCR was the campus radio station for the University of Southern California in Los Angeles.  It began in the mid-1970s as a carrier-current station broadcasting at 1560 AM.  By 1991 their Alternative Rock programming could be heard on a low power signal at 104.7 FM as "The Underground".  The all-volunteer station switched call letters to KXSC in 2010. 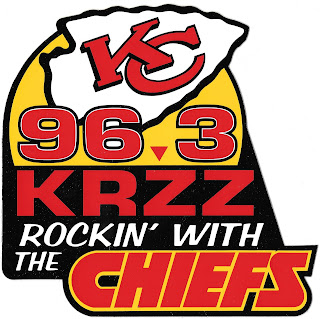 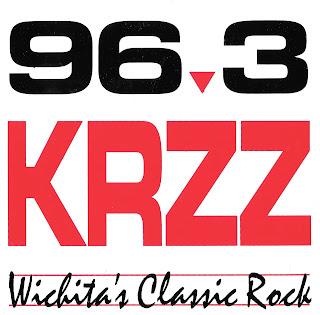 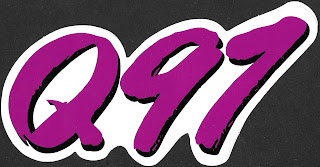 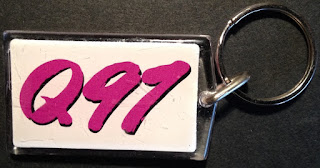 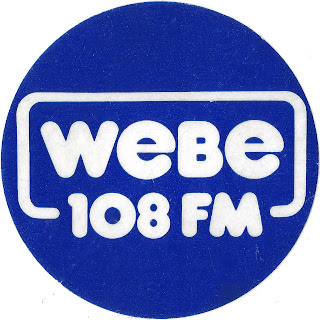 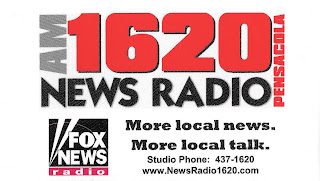 A magnet from WNRP (W News Radio Pensacola) licensed to Gulf Breeze, Florida.  The locally owned station went on the air in 2005 with a Classic Country format before flipping to N/T two years later.

Klappy, the hand-for-a-head station mascot of 89.5 KLAP in Gerlach, Nevada may not be as well known as the KGB Chicken or WMMS's buzzard but it really should be.  KLAP plays all kinds of stuff including Rock, Jazz, Folk, Reggae, Cajun, Latin, Dixieland and Country--a similar music mix to the legendary KPIG who's former program director founded the KLAP. 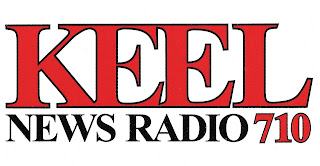 KEEL is a News/Talk station in Shreveport, Louisiana.  They've been on the air since June, 1922. 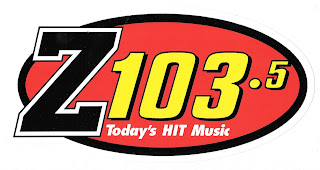 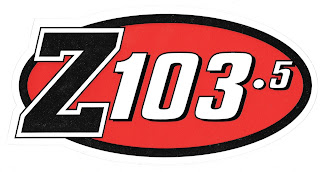 "Z103.5" is a Rhythmic-leaning CHR station licensed to Orangeville, Ontario.  CIDC went on the air in 1987 playing 70s & 80s hits as "DC103.5" with 50,000 watts and an antenna located on the highest spot in southern Ontario.  The DC stood for Dufferin Communications who were the original owners.  They flipped their branding to "Hits 103.5" in the late 1990s and in 2000 changed again to "Z103.5" in imitation of New York City's "Z100" WHTZ (along with a similar logo).  CIDC targets the Greater Toronto Area despite its Orangeville, Ontario city-of-license (a good 40 or so miles away from their studios in a western part of Toronto). 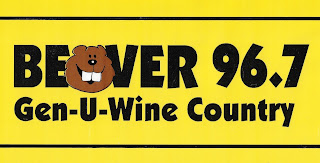 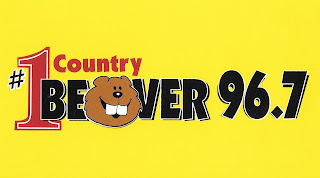 WBVR "Beaver 96.7" plays Country music in Bowling Green, Kentucky.  They are co-owned with WVVR in nearby Hopkinsville, KY, and are the only two "beaver" branded radio stations I know of. 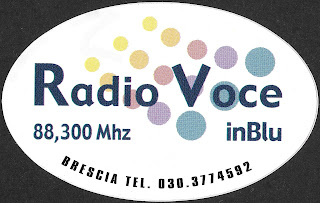 Radio Voce began broadcasting in 1976 from Brescia, Italy and primarily airs Religious programming.  They are part of the inBlu network which provides Catholic programming to about 200 stations in Italy. 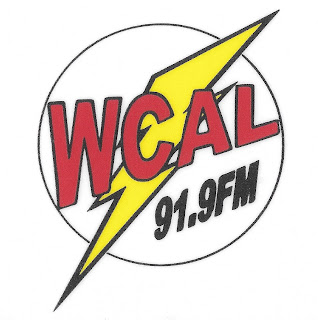 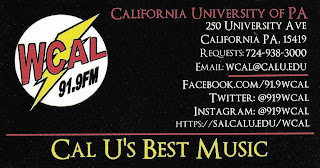 Stickers and a magnet from "Power 92" the student-run station at California University of Pennsylvania.  Radio on campus began in 1971 with WVCS (W Voice of California State) before they switched call letters to WCAL in 2005.

A bit of a mystery sticker here from Germany's Hot FM.  A Google search for "Mein Radio lebt!" brought up the website address www.hot-fm.de which now redirects to "Radio Galaxy".  The three letter abbreviations seem to match some cities in Bavaria's Upper Franconia region.

Does anyone know anything else about this station?

Washington, DC's WWDC call letters existed on 1260 AM from 1950 until 1999.  For many of those years they carried a full-service MOR format and were known as being the first American radio station to play a Beatles song--"I Want to Hold Your Hand" in December, 1963.  A flip to Top-40 occurred in 1977 and Adult Contemporary took over in 1980.  Soon after they started simulcasting Howard Stern's WWDC-FM morning show with separate programming in other dayparts.  AM 1260 is currently News/Talk WWRC "The Answer".

"Now 92.1" WNUZ is a CHR station licensed to Mercersburg, Pennsylvania. 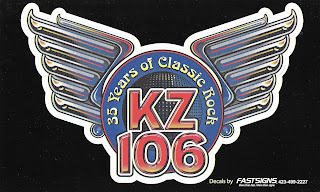 "KZ106" WSKZ is a 100,000-watt Classic Rock station in Chattanooga, Tennessee.  They went on the air in 1978 after flipping from Easy Listening WYNQ which was owned by Ted Turner. 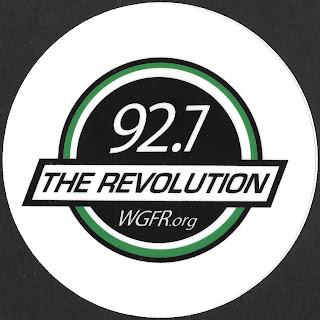 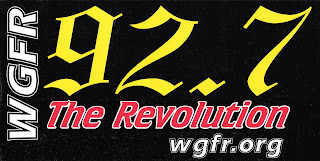 "92.7 The Revolution" WGFR (W Glens Falls Radio) is a student-run station from SUNY Adirondack in Queensbury, New York.  Radio on campus began in 1974 with WACC (W Adirondack Community College), a carrier current station heard only on campus.  FM broadcasting began in 1977 at 91.9 FM and later moved to 92.1 in the early 1980s.  Adult Album Alternative music is now heard at their current home of 92.7 FM.