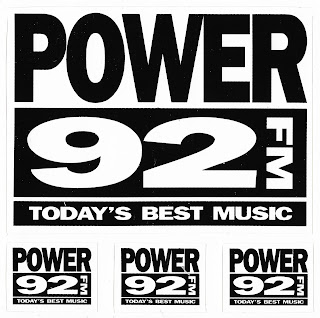 "Power 92" CKNG was a CHR/Top-40 station in Edmonton, Alberta for most of the 1990s and early 2000s.  Stickers from their time as a Hot Adult Contemporary and Classic Hits station can be seen here and here. 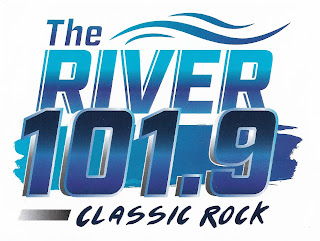 101.9 The River is a Classic Rock station in Fort Smith, Arkansas.  It is the HD3 subchannel of KISR and is simulcast on translator K270BR.

89.3 FM KOAS is a hybrid college/community station broadcasting from Evergreen State College in Olympia, Washington.  They went on the air in January 1973. 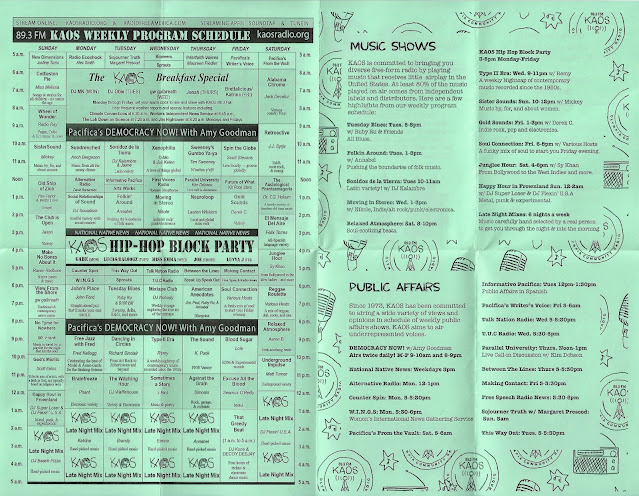 As mentioned on this program guide, KAOS plays music that is at least 80% from independent labels and artists.  An on-air performance by Nirvana in 1987 was the second ever public appearance by the band. 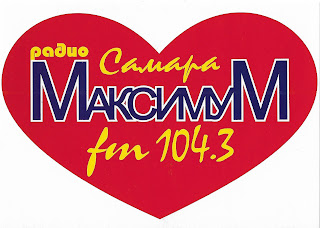 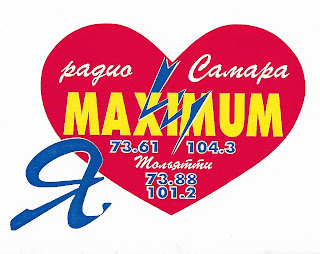 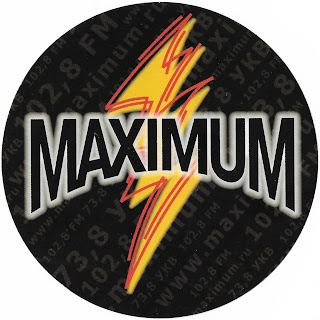 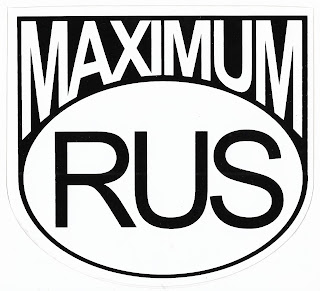 Radio Maximum went on the air in Moscow, Russia on Christmas Day 1991--the same exact day that president Mikhail Gorbachev resigned, declared his office extinct and officially dissolved the Soviet Union.  Their Rock music format is now heard on two dozen frequencies throughout many parts of the country.  Maximum began as a joint venture between The Moscow News and three American companies including Westwood One and a now-defunct technology company specializing in surveillance and electronic warfare systems. 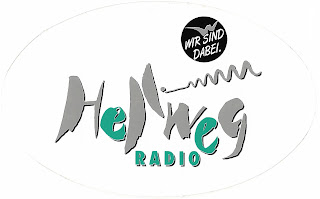 Hellweg Radio broadcasts on four frequencies in the German district of Soest.  They went on the air in July 1990. 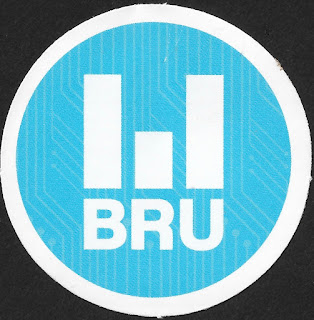 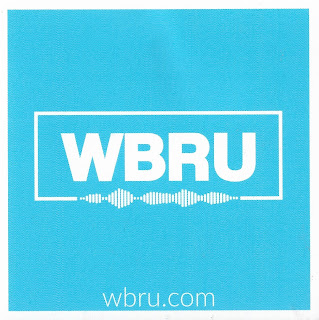 Brown University's WBRU broadcast for over 50 years at 95.5 FM in Providence, Rhode Island.  In 2017 the Indie/Modern Rock station was sold to a hideous radio station destroyer and moved online to wbru.com.  Stickers from their days as a terrestrial station can be seen here.

WYOT "102.3 The Coyote" is a Country station licensed to Rochelle, Illinois near Rockford and DeKalb.

"Rock 107" WRQK has been on the air in Canton, Ohio since the mid-1980s.  The "Goodrock" branding was a holdover from their days as WOOS and is an apparent reference to the nearby Goodyear Tire & Rubber Company headquarters.

My work day began at 3:30 AM today--an hour earlier than my not-much-better 4:30 AM start time.  This meant that I left work a little after noon, hopped in my car and heard the familiar bass notes of The Pretenders' "My City Was Gone" which meant The Rush Limbaugh Show was about to start on my local affiliate 1290 AM WHIO.  I've been listening to this station more often lately to get traffic updates and weather reports after some recent heavy snowfall.  I was never really a Rush listener but would tune in occasionally to mentally disagree with almost everything he said.  A voice introduced Kathryn Limbaugh and my first thought was "is his wife a talk show host too?"  Then I remembered that Rush had had some recent health problems and soon realized that she was on there to announce his death.  Rush Limbaugh said some abhorrent things over the past 30+ years of his show--AIDS victims, Native Americans, Michael J Fox, women's rights activists and African Americans were among the people caught up in his buffoonery.  But it is hard to argue that Limbaugh was one of the most talented broadcasters in the history of radio even if his talent wasn't boastfully "on loan from God." 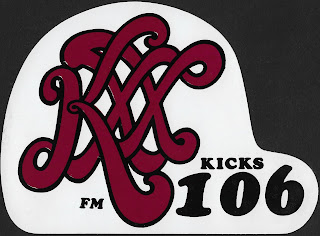 WKXX was an Album Rock/Top-40 station in Birmingham, Alabama from 1977 to 1990.  This "Kicks 106" Facebook page features lots of vintage pictures including some that describe the design of the top sticker as the "worm logo."
Posted by Greg at 3:09 PM 1 comment:

89.3 FM WGNB is a Religious station licensed to Zeeland, Michigan near Grand Rapids. 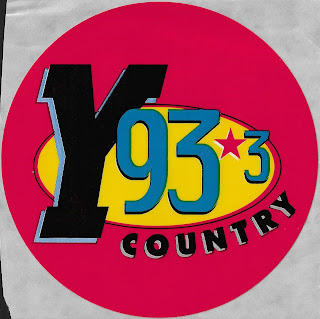 "96.9 The Eagle" KSEG has been a Classic Rock station in Sacramento, California since 1990.

This decal could be from WPYB in Benson, North Carolina.  Anybody know for sure? 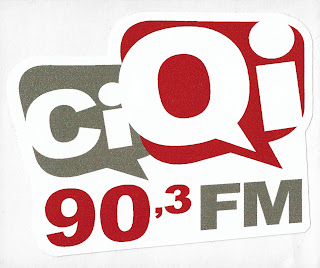 The CKST call letters in Vancouver, British Columbia first appeared in 1988 at 800 AM and continues to this day at 1040 AM.  From 1990 until 1993 they carried a Modern Rock format as a kind of sister-station to Toronto's legendary CFNY--even using their "Spirit of Radio" branding.  It's unclear whether this sticker is from their Alternative Rock period or predates it.  CKST currently carries a Comedy format as "Funny 1040."

Radio Oxigenio broadcasts from Oeiras, Portugal and airs a mix of Funk, Soul, Jazz, Hip-Hop and Electronic music.  They went on the air in 1999. 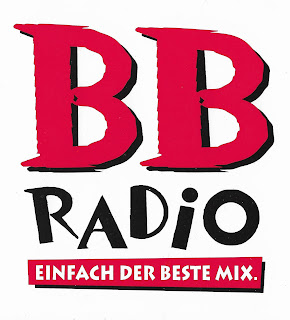 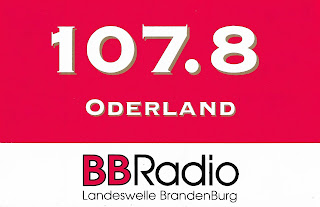 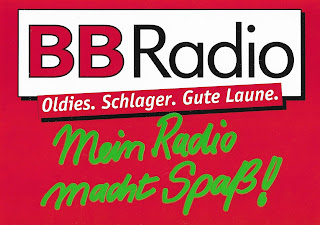 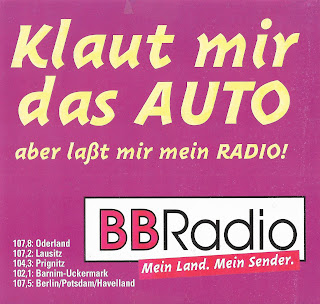 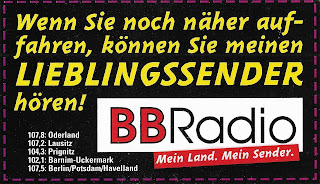 BB Radio broadcasts on about a dozen frequencies throughout the Berlin/Brandenburg region of Germany.  They went on the air in 1993 and play current songs as well as hits from the past 20 years. 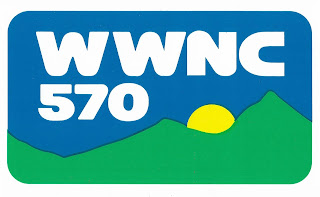 570 AM WWNC is a News/Talk station in Asheville, North Carolina.  They've been on the air since February 1927. 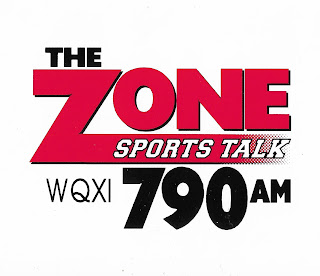