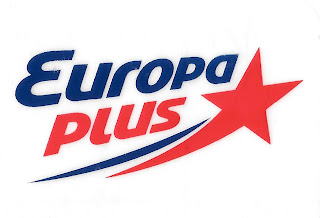 Europa Plus is a huge network of Hot AC/Top-40 stations spread across Russia, Belarus, Latvia, Moldova, Armenia, Georgia, Kazakhstan, Uzbekistan and Kyrgyzstan.  The Moscow-based network is currently heard in 313 different cities and is based in Moscow. 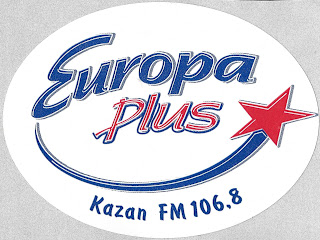 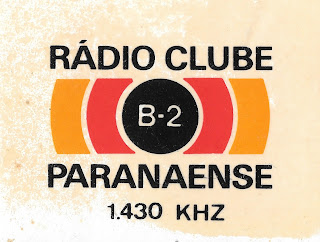 Radio Clube Paranaense is the third oldest radio station in Brazil having commenced broadcasting from Curitiba in June, 1924.  They are heard on 1430 AM as well as multiple shortwave frequencies and are now known as "RB2".
Posted by Greg at 7:21 PM No comments: 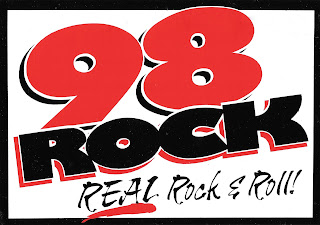 1450 AM WPAM is a curious little Rock station licensed to Pottsville in the coal country region of eastern Pennsylvania.  In recent years they've been sporadically on and off the air and were fined $10,000 by the FCC in 2012.  As of today, they appear to still have a license to broadcast but are off the air once again. 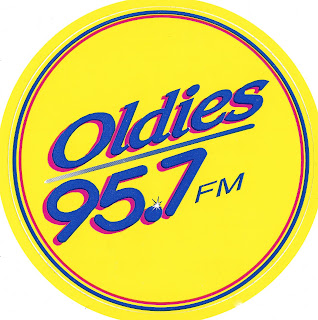 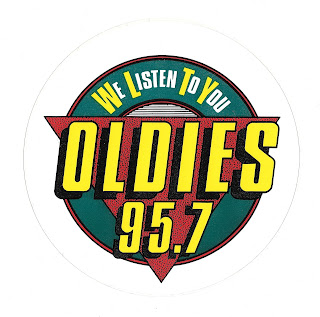 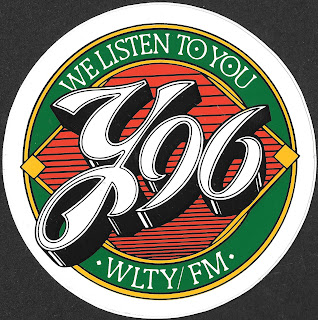 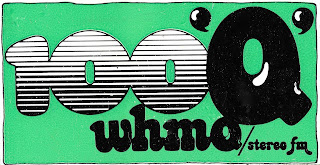 The call letters then migrated to 107.7 and was now licensed to New Baltimore, OH.  The "Jumpin' Country" sticker above is circa 1992.

A 1987 decal from "Q104" WQEN, one of the first FM Top-40 stations in the state of Alabama.  At the time they were licensed to Gadsden, AL but are now licensed to the Birmingham suburb of Trussville and known as "103.7 The Q".  They've carried a CHR format for over 40 years. 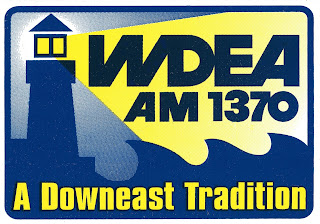 AM 1370 WDEA is an Adult Standards station licensed to Ellsworth, Maine.  They've been on the air since December, 1958. 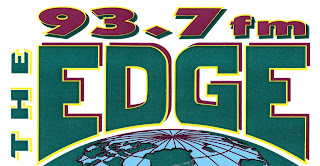 KEGE was a Modern Rock station in Minneapolis, Minnesota from 1994 to 1997.  At one point, "93.7 FM The Edge" had the highest overall Arbitron ratings of any Alternative Rock station in the country.  Their annual "Edgefest" concert was so popular that rival station "Rev 105" gave away tickets to the show (without mentioning the "Edgefest name, of course.)

KKDG "The Edge 105.9" was a short-lived Talk station circa 2005 in Fresno, California featuring Howard Stern in the mornings.

KKED is an Alternative Rock station in Fairbanks, Alaska.  The Edge branding went away in 2016 and they are now known as "Alt 104.7" 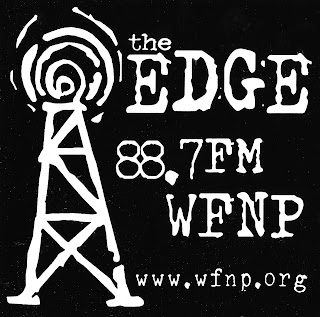 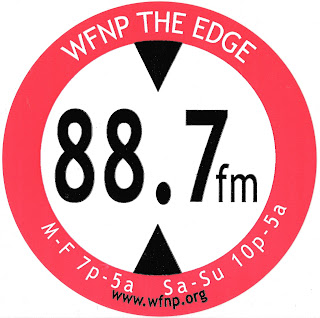 88.7 WFNP is a student-run station at the State University of New York at New Paltz in Rosendale, NY.  Operating hours are given on the above sticker because WFNP shares the 88.7 FM frequency with Classical station WMHT. 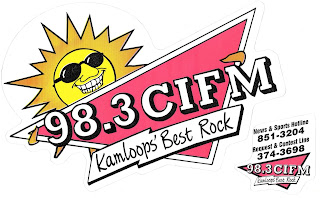 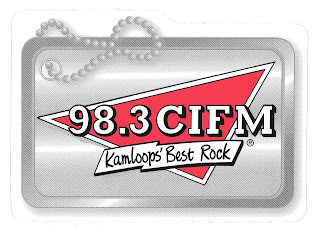 98.3 CIFM plays Rock 'n Roll in Kamloops, British Columbia.  The station is also heard on about a dozen rebroadcasters throughout south/central BC.

810 KGO is a Talk station in San Francisco, California.  With a clear channel, 50,000-watt signal, the partially solar-powered station can be heard at night throughout most of the western United States.  For over 27 years (1983 to 2010) KGO was the top-rated station in the market but have recently experienced major programming changes, layoffs and lower ratings.  California Golden Bears football games have been heard on KGO since 1974.
Another KGO sticker can be seen here. 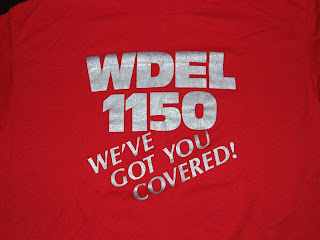 A t-shirt from News/Talk station WDEL 1150 AM in Wilmington, Delaware.  They are that state's oldest radio station, having gone on the air in 1922.

Sacramento, California's 106.5 KWOD began in 1977 with a hybrid Jazz/Adult Contemporary music mix. The call letters were chosen to represent quadraphonic sound, the four-speaker audio technology that never caught on but which KWOD was one of the first to experiment with.  Soon after, the station became a Top-40 outlet which lasted until 1991. 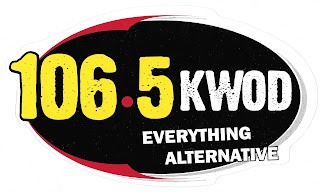 EZ Rock is a chain of Adult Contemporary stations in Canada.  The stations were originally based mostly in Ontario but, after ownership changes of the EZ Rock brand, are now heard almost exclusively in British Columbia.

CJEZ in Toronto, Ontario.  The former flagship EZ Rock station which began in 1995. 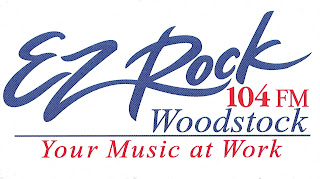 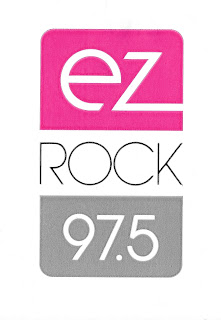 A rarely seen, frequency-only magnet from 91.3 WPFG (With Praise For God) in Carlisle, Pennsylvania.  The Religious station went on the air in May, 2012. 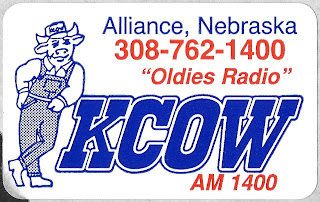 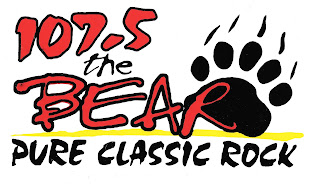 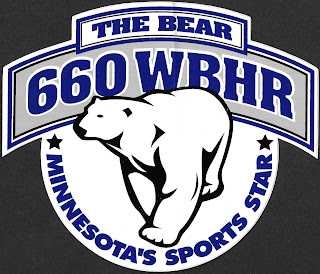 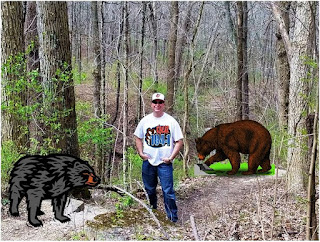 I survived a run-in with some totally not fake bears while hiking in the woods last weekend.
("Artwork" courtesy of Dan Sys)
Posted by Greg at 8:44 PM No comments: 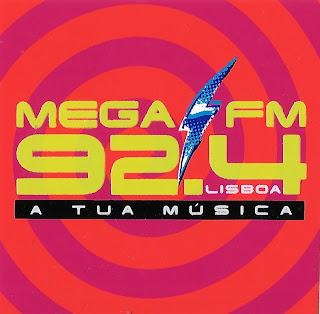 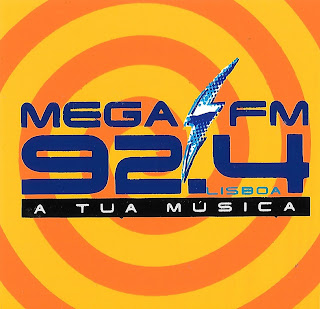 Mega Hits FM broadcasts at 92.4 FM in Lisbon, Portugal as well as five other frequencies spread throughout the country. 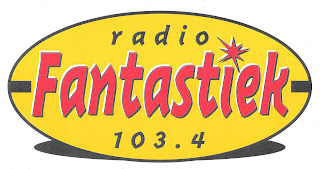 WWDL was an Adult Contemporary station in Scranton, Pennsylvania.  The 270-watt outlet went on the air in 1964 and was owned by Doug Lane (the DL in the call letters) until he sold the station in 2005 and went to prison for child molestation.  104.9 FM is currently Classic Hits "105 The River" WWRR.