WSPR is a Spanish/Tropical station from Springfield, Massachusetts. They carried an MOR format when this 1970s-era sticker was printed. WSPR began in 1961 as a Top-40 station and later had a Sports Talk format.
Posted by Greg at 9:12 PM No comments: 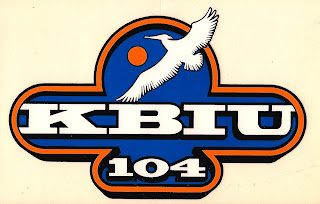 KBIU ("K-Bayou") seems to have had a few formats after switching from AOR as "Nova 104" KGRA in 1981. I've found aircheck websites listing them variously as Top-40, Rock 40, Classic Rock and Hot AC. KBIU was located at 103.7 FM and licensed to Lake Charles, Louisiana. KBIU is currently a Jack FM Adult Hits station at 103.3 FM with the same city of license.
Posted by Greg at 9:13 PM 2 comments:

KWMT is a Country music station in Fort Dodge, Iowa. I'm not sure if they're still an affiliate of the satellite-fed Real Country network as their website is currently under construction. 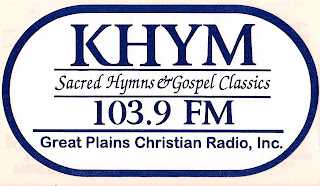 KHYM is a Religious Teaching/Gospel station licensed to Copeland, Kansas. Their programming is also heard on 4 translators in Kansas and Oklahoma.
Posted by Greg at 2:16 PM No comments:

The day after Christmas is Boxing Day which is a public holiday in many countries. Traditionally, it is a day to open the "Christmas Box" and share its contents with the poor and less fortunate. Sometimes workers such as mail carriers and paperboys will receive money from households or employees might get a Christmas bonus from their bosses. In some places Boxing Day has become a huge shopping day similar to the day after Thanksgiving in the United States. America doesn't celebrate Boxing Day because we hate poor people it's a British thing and we wouldn't understand.

"97.9 The Box" KBXX is a Mainstream Urban/Hip-Hop in Houston, Texas.

Hey! Radio Sticker of the Day turns one year old today! A different daily radio sticker without missing a single day (OK, that's a lie. Somehow I skipped December 21st...must have been delirious from working a crapload of overtime and forgot.) On we go to year number two!
Posted by Greg at 11:58 AM No comments:

This tough-to-see white-on-clear decal (click it to barely see it better) is from WAKW in Cincinnati, Ohio. "Star 93.3 FM" was the first station in the country to go to an all-Christmas format this year which they did way back on October 27th. WAKW is normally a Christian Contemporary station but they mixed secular tunes together with religious holiday songs in their two-month slog towards the Big Day. The 24/7 Xmas music is usually a ratings booster for stations across the country. 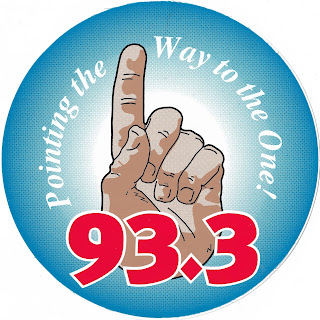 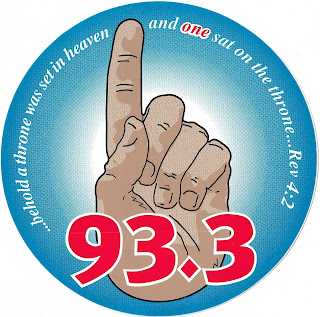 KJNP (King Jesus North Pole) is a Religious station licensed to North Pole, Alaska.
Posted by Greg at 10:19 AM No comments: 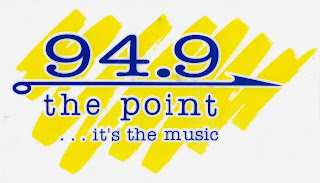 "94.9 The Point" WPTE is a Hot Adult Contemporary station in Virginia Beach, Virginia.
Posted by Greg at 9:20 PM No comments:

Today marks the birthday of Colo, the first gorilla in the world to be born in captivity. She was born in 1956 at the Columbus Zoo in Ohio where she still resides. 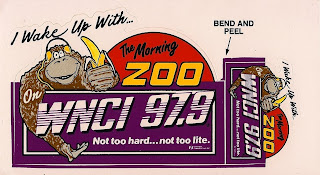 WNCI is a CHR station in Columbus, Ohio. It's unknown whether the cartoon primate is supposed to be Colo or if it's just coincidence that a world-famous gorilla lives in the same city.

Here's another WNCI sticker from when they were owned by Nationwide Communications Incorporation. The 175,000-watt (!) station is currently owned by Clear Channel Communications. 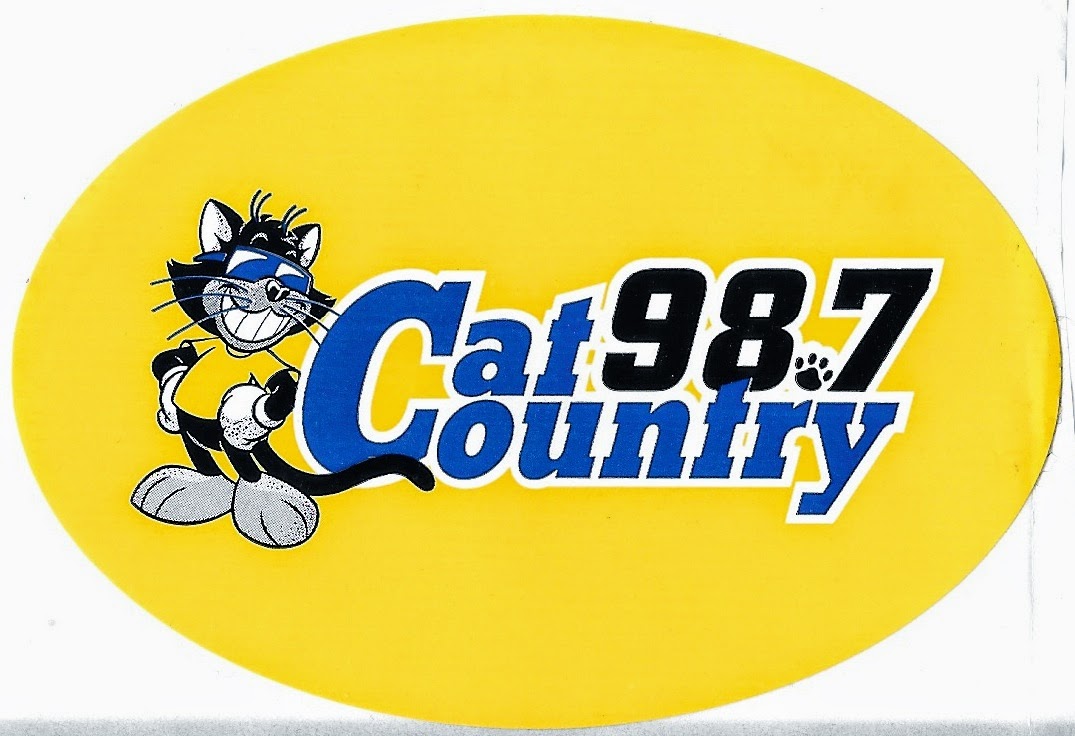 "Cat Country 98.7" WYCT is a Country music station in Pensacola, Florida.
Posted by Greg at 7:16 PM No comments:

WNAK was an Adult Standards station broadcasting at 730 AM and licensed to (W) NAnticoKe, Pennsylvania.
Posted by Greg at 10:18 PM No comments:

WHUD is an Adult Contemporary station licensed to Peekskill, New York. They've been broadcasting to the HUDson Valley since 1958, originally as WLNA then becoming WHUD in 1971.
Posted by Greg at 10:04 PM 2 comments:

KPMC (K Pioneer Mercantile Company) went on the air in 1933 and was the first radio station in Bakersfield, California. 1560 AM is currently KNZR a News/Talk station.
Posted by Greg at 10:11 PM No comments: 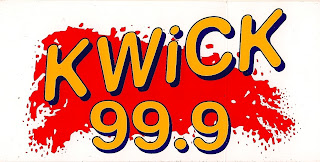 KWCK is a Country music station licensed to Searcy, Arkansas.
Posted by Greg at 10:41 PM No comments: 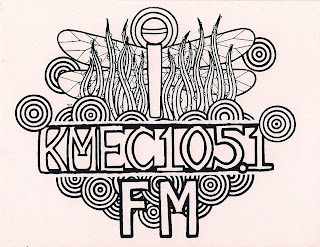 KMEC is a 75-watt low-power FM station licensed to Ukiah, California. It's part of the Mendocino Environmental Center which "works through educational outreach, nonviolent direct action and the legal system to uphold and promote environmental and social justice in Mendocino County and beyond." This odd sticker looks like something out of a children's coloring book and almost begs to be filled in with a few magic markers.
Posted by Greg at 10:19 PM No comments:

Today and every December 14th is Monkey Day. Unlike most unofficial novelty holidays, this one has an actual website.

WMHD is a format-free/block programmed station run by the students at the Rose-Hulman Institute of Technology in Terre Haute, Indiana. Rose-Hulman's mascot is a pachyderm named Rosie but, for unknown reasons, WMHD wisely went with "The Monkey" branding rather than "The Elephant." Everybody loves monkeys. 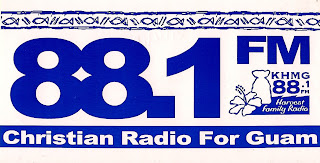 KHMG (K Harvest Ministries Guam) is a Religious Teaching station licensed to Barrigada, Guam. Next to the tropical flower is a poorly drawn Stanley Cup latte stone which are two-piece pillars of ancient houses generally made out of limestone. These popular icons of Guam culture are also found throughout other Marianas Islands including Saipan, Tinian and Rota. The main latte construction period began around 1100 A.D. and ceased in the 1600s when the Spanish barged in and did what they always did--devastate everything. 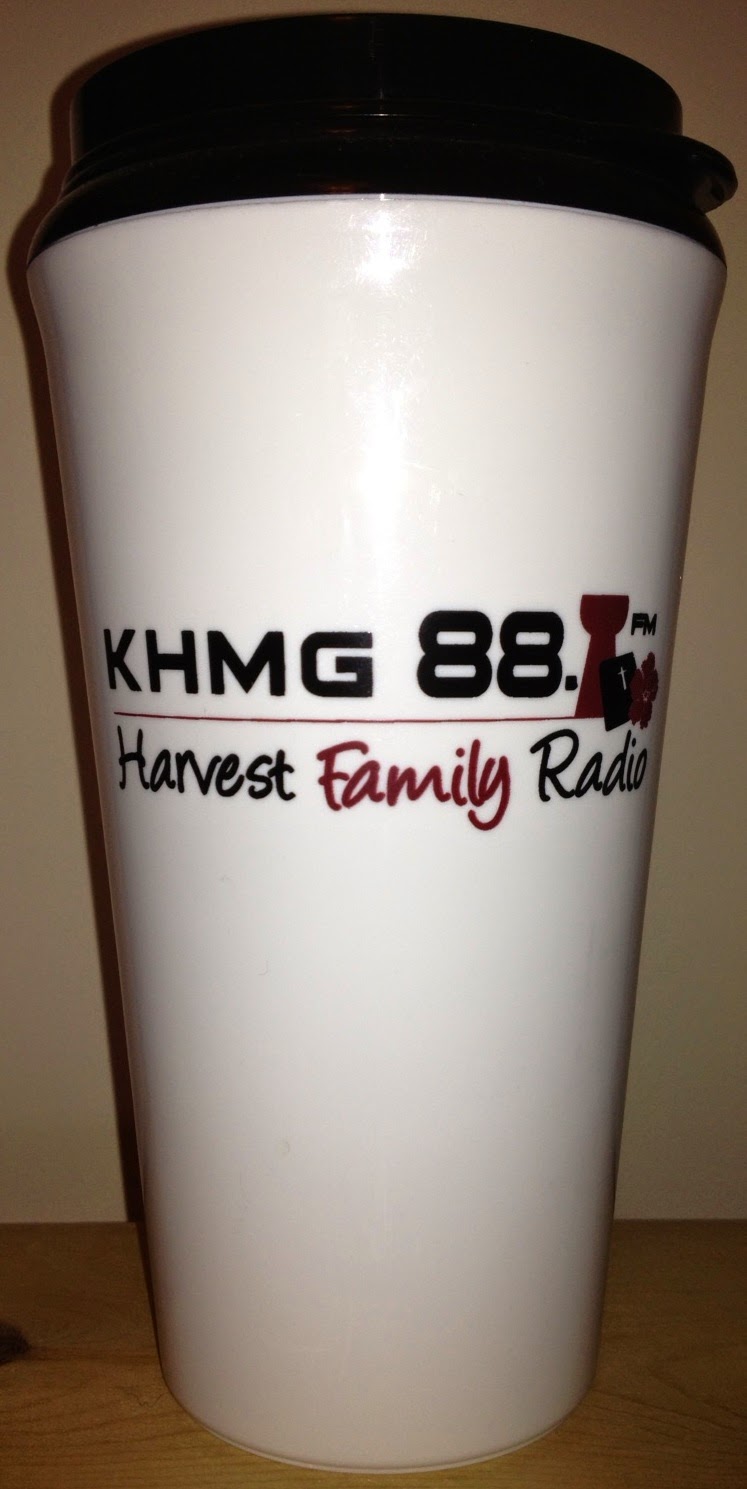 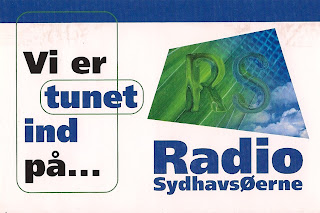 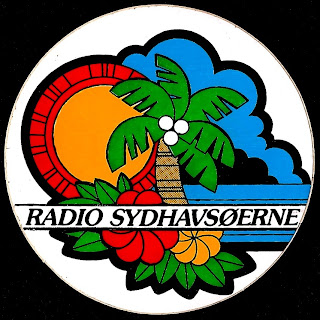 Radio SydhavsØerne is a CHR station from Nykøbing, Denmark. They also have specialty programming for 80s, disco and rock music as well as a daily afternoon talk show. I could be wrong but I'm pretty sure there aren't any palm trees or tropical flowers growing anywhere in this Scandinavian country. The images on the second sticker might be a cheeky refererence to Nykøbing being located on one of what are called the "South Sea Islands" of Denmark, in this case, the island of Falster. 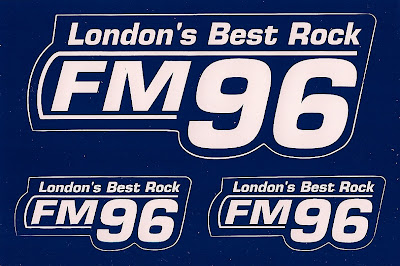 CFPL (C Free Press London--after the newspaper that originally owned it) is an Active Rock station in London, Ontario. They're Canada's third-oldest FM station having gone on the air in 1948 with a mostly Classical format. According to the web site I regularly steal from research, CFPL pumps out the rock and roll with an astounding 179,000 watts.
Posted by Greg at 9:47 AM 3 comments:

WSM and the Grand Ole Opry

WSM (We Shield Millions-the slogan of previous owner the National Life and Accident Insurance Company) is a Country music station in Nashville, Tennessee. Their 50,000-watt clear channel signal reaches a huge chunk of the United States and other countries, especially at night. The Saturday night WSM Barn Dance began in 1925, the same year the station went on the air. The Barn Dance immediately followed Music Appreciation Hour which consisted of classical music and selections from the Grand Opera genre. On today's date in 1927 the Barn Dance changed its name to the Grand Ole Opry after host George D Hay said, "For the past hour, we have been listening to music taken largely from Grand Opera. From now on we will present the Grand Ole Opry." The name stuck and the show has gone on to be the longest running radio program in history. 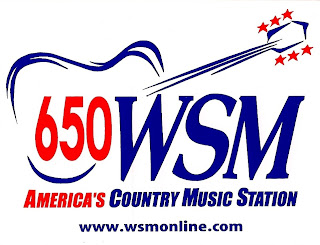 WSM originally played country music only at night and carried an MOR format during daylight hours. It wasn't until 1979 that "The Air Castle of the South" adopted a 24-hour country format.
Posted by Greg at 5:56 AM No comments:

WRNF was a Rock station licensed to Whitehall, Michigan circa the early 1980s. 95.3 FM was eventually donated to Grand Valley State University and is currently WGVS, a simulcast of the NPR/Talk/Jazz station WGVU.
Posted by Greg at 9:37 PM No comments: 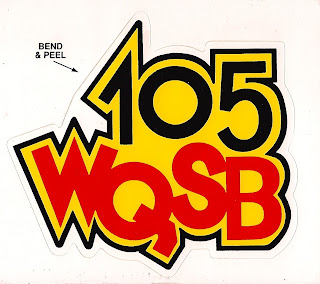 WQSB is a Country music station licensed to Albertville, Alabama.
Posted by Greg at 5:40 AM No comments: 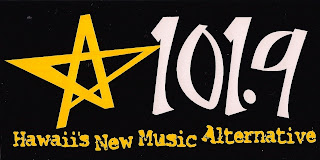 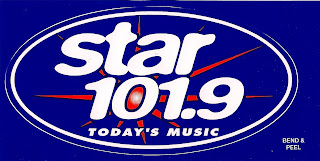 On this date in 1941, Japan conducted a surprise attack on the US naval base at Pearl Harbor. The strike killed more than 2,400 military personnel and civilians as well as destroying or damaging hundreds of aircraft, ships and submarines. Pearl City, Hawaii is located along the north shore of Pearl Harbor.
Posted by Greg at 9:24 PM No comments:

KHLL is a Contemporary Christian station licensed to Richwood, Louisiana.
Posted by Greg at 6:07 AM No comments: 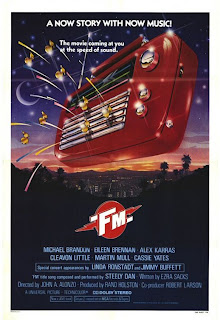 I watched a beat-up VHS copy of the movie “FM” yesterday. It’s about Los Angeles rock station QSKY who are doing great in the ratings but aren’t making enough money. Enter the weasly new sales manager Regis Lamar who tries to get program director Jeff Dugan to air commercials for the United States Army. Dugan doesn’t think the spots fit the style of the station and ends up quitting or getting fired (I forget) at which point the other DJs “go on strike” and barricade themselves in the QSKY building, start a riot, fend off police and eventually triumph over management (with a little help from the owner.) There are various subplots involving the ensemble cast of DJs including the horny Eric Swan (Martin Mull) and "Mother" (Eileen Brennan) the old female jock who's bored with her job and leaves, then returns without explanation.
The movie is pretty terrible and steeped in a druggy, late-70s, post-hippie, Los Angeles haze. Linda Ronstadt and Jimmy Buffett appear in extended live concert scenes. Tom Petty, looking almost exactly the same as he does today, i.e., old, makes an in-studio appearance and REO Speedwagon is seen at a Tower Records meet and greet. It’s odd to see the plot of “us against The Man” revolve around boring, corporate-rock dinosaurs like the Eagles, Bob Seger, Foreigner and the Doobie Brothers which make up the station’s playlist. (The kind of music that punk rose up against a year or two earlier.)
The weirdly call-lettered QSKY is, of course, a fictional radio station. (They’re even located at “7-11 on your FM dial.” Huh?!) I’m not sure why they didn’t just go with KSKY or any other more believable set of calls. QSKY’s main competition in the movie is the more regularly-named KLAX.
I have a sticker from KLAX which is an actual Spanish language station in Los Angeles but I stuck it to some poster board years ago. Here's a couple from KSKY instead... 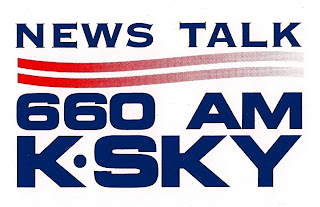 KSKY is a conservative News/Talk station in Dallas, Texas and licensed to Balch Springs, TX. 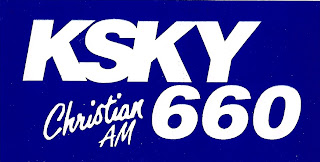 This is from when they carried a Christian format which lasted from 1963 until 2004.
Posted by Greg at 10:58 AM No comments: 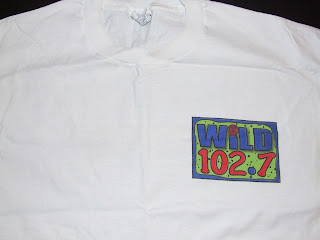 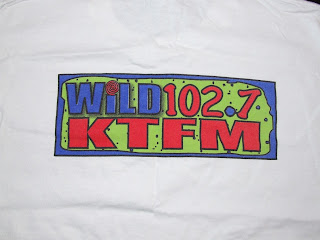 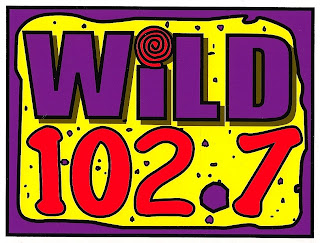 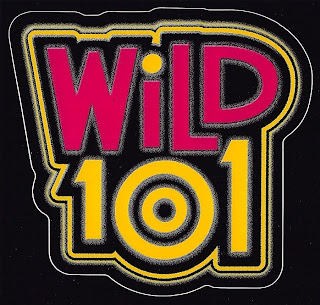 WISM was a long-time Top 40 station in Madison, Wisconsin. "Wizz-um" was on the air from the 1950s all the way to 1983 when they became WTDY. 1480 AM is currently WLMV, "La Movida Radio" carrying a Spanish language format.
Posted by Greg at 6:38 AM No comments: