I'm not exactly sure what Radio Works was when they existed in the early 1990s.  I do know they were part of Communication Graphics, Inc. (still around, although now known as Comgraphx) a designer and printer of promotional marketing products including, I assume, radio station bumper stickers.  You can read their "manifesto" below which is printed on the back of the decal.
(Click it bigger) 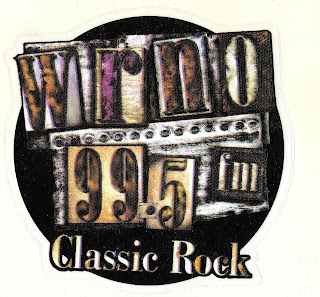 99.5 FM WRNO was a Rock station in New Orleans, Louisiana from 1967 until 2006.  In 1982, WRNO "The Rock of the World" became the first commercial shortwave station to broadcast from the United States.  They originally carried a separate Rock format but eventually began simulcasting WRNO FM's programming.  It's unclear if the top sticker was for the FM station or the shortwave station--or both.
The 100,000-watt FM outlet now carries a News/Talk format while WRNO Worldwide carries a Religious format. 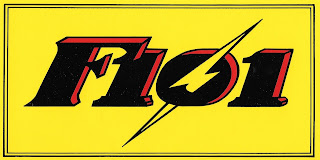 Nobody knows what station this "F101" bumper is from.  Do you?

93.9 FM CKKL in Ottawa, Ontario went on the air in 1992 with a Hot Adult Contemporary format known as "Kool FM". 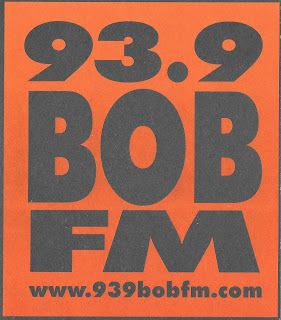 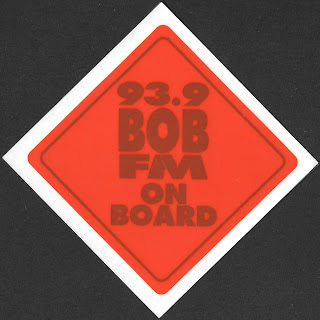 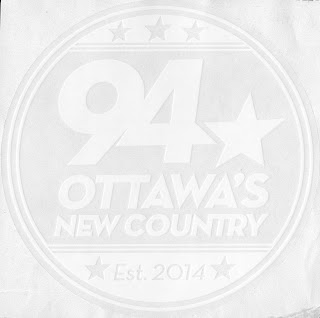 CKKL flipped to a Country music format in November, 2014.
Posted by Greg at 5:26 PM No comments:

1360 AM KSCJ airs a News/Talk format in Sioux City, Iowa.  They recently celebrated their 90th year on the air having begun broadcasting on April 4, 1927.  The call letters stand for (K) Sioux City Journal, the newspaper which once owned the station.
Posted by Greg at 5:26 PM No comments:

A short-lived era of Hot Talk then took over which lasted until January, 2003.  At one point, their  ratings dipped to 0.7, an unprecedented level for a major market FM station and lower than many non-commercial stations in the city. 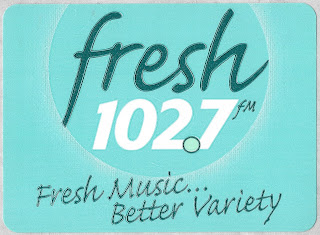 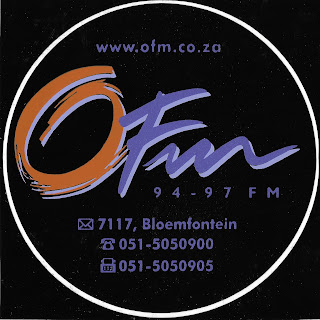 OFM broadcasts in English and Afrikaans on multiple frequencies throughout central South Africa. 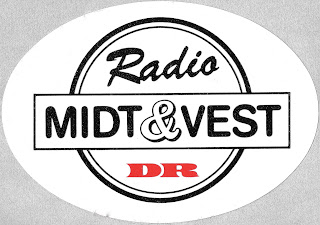 DR is Denmark's state-owned, public service radio and television company.  DR Midt & Vest is one of about 10 regional departments featuring radio channel P4 and is based in Holstebro.
Posted by Greg at 5:30 PM No comments: 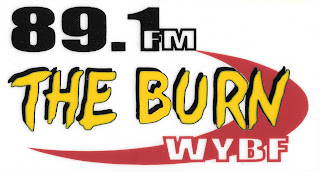 89.1 WYBF is a 700-watt station operated by students at Cabrini University near Philadelphia, Pennsylvania.  They went on the air in 1991 and are now branded as "Cavalier Radio".  WYBF is licensed to Radnor Township, PA. 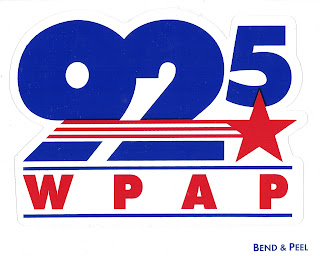 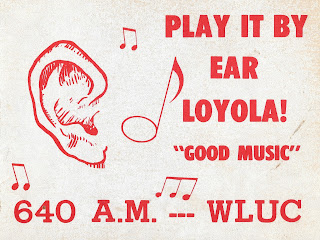 640 AM WLUC was a low-power, carrier-current station broadcasting on the campus of Loyola University in Chicago, Illinois.  The student-run outlet went on the air in 1968 and was eventually replaced with FM station WLUW in September, 1979. 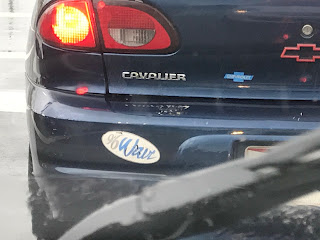 I saw this sticker on a car while driving to work yesterday.  "96 Wave" WAVF was an Alternative Rock station in Charleston, South Carolina from around 2000 until 2007.  After a frequency swap with WKZQ, WAVF is now Adult Hits "101.7 Chuck FM". 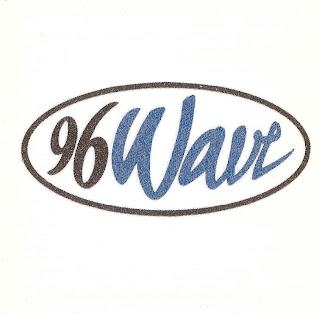 A more recent temporary tattoo.
Posted by Greg at 3:36 AM No comments: 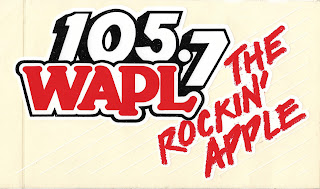 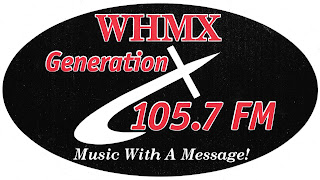 WHMX is a Contemporary Christian outlet licensed to Lincoln, Maine.  In 2005, they rebranded the station to "105.7 Solution FM".

Life Changing Radio is a network of seven Religious stations heard throughout much of New England. 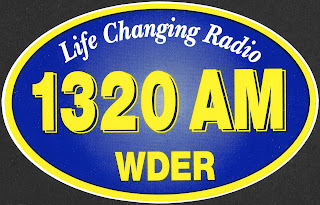 WDER 1320 AM and 92.1 FM are the flagship stations of LCR.  The AM half is licensed to (W) DERry, New Hampshire and the FM side to Peterborough, NH. 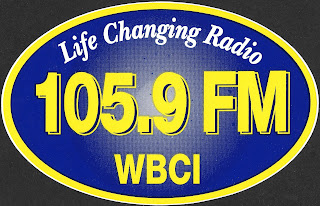 105.9 FM WBCI (W Blount Communications Incorporated--the current owners) is licensed to Bath, Maine and covers most of the southern part of the state. 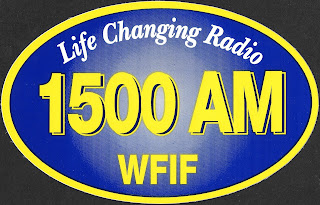 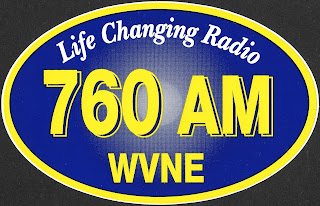 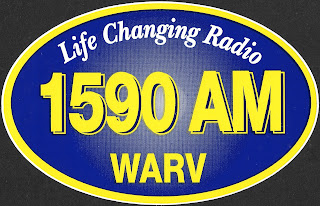 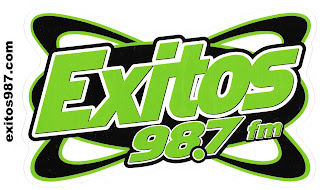 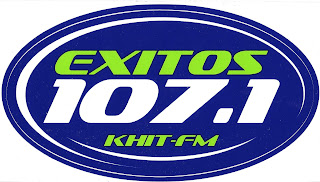 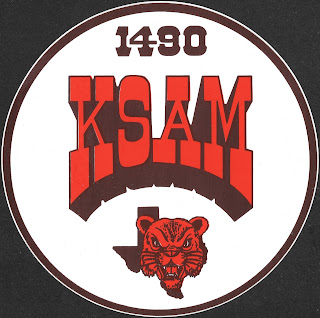 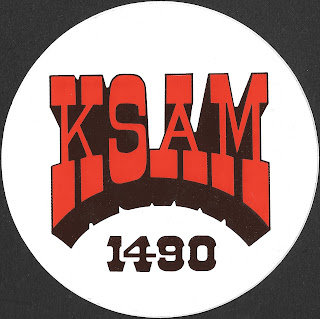 1490 AM KSAM broadcast from Huntsville, Texas up until the early 2000s.  The top sticker has an old mascot logo from the Sam Houston State University Bearkats.
Posted by Greg at 5:52 AM No comments: 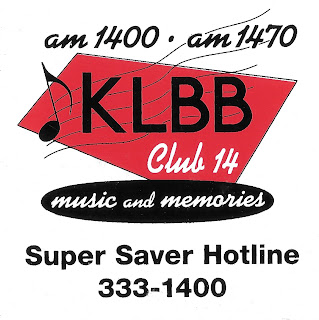 A sticker and magnet from KLBB in St. Paul, Minnesota which carried a Big Band/Nostalgia/MOR format.  The KLBB call letters now reside at 1220 AM licensed to Stillwater, MN. 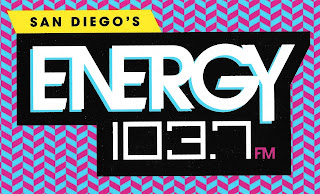 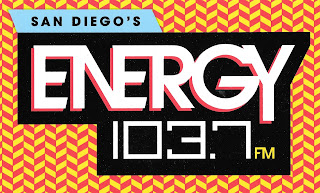