West Sound broadcasts "The Best of the 60s, 70s and More!" from Ayrshire, Scotland. Their format also includes new music although it appears their playlist hasn't been updated since around 2009. 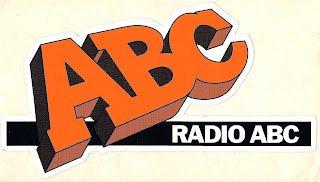 Radio ABC is a hit music station based in Randers, Denmark.

Attack of the Killer B100s 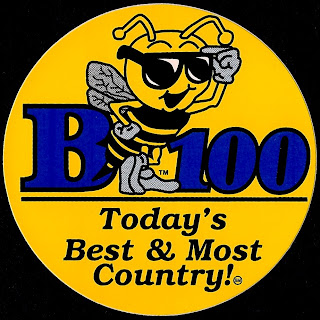 "B100" WBYT is a Country station from Elkhart, Indiana.

This "B100" was a Top-40 station licensed to Burgaw, North Carolina. My records show that their call letters were WKXB but they might actually have been WVBS when this sticker came out. They would later become a Country station "Kix Country 99.9" which would fit the WKXB call letters better. Anybody know for sure? This frequency is currently home to a Rhythmic Adult Contemporary station "Jammin 99.9" now licensed to Boiling Spring Lakes, NC.

UPDATE:  A little more history from a reader:


Hello Greg,
I happened across your web blog with regard to Radio Station Decals/Stickers...
With regard to B100 (WKXB)... its been a long time.. however, before that radio station was a top 40 station - it use to be a gospel station... the call letters were WPJC (We Praise Jesus Christ).
I was only about 10/11 years old at the time, my parents had just moved us down from Philly, Pa during the summer...this would be around 1981/82... before we left Philly, Pa, I remember my mom taking communications course work part time and that helped her to land a radio DJ position with the burgaw, radio station that was call signed: WPJC.
I'm sure the station has changed over the years, it was a quite small station back then, had only 2 rooms for DJ's back then(yes, i had been inside on a few occasions, even got to cut a commerical for a hair salon as I recall once)...but they were always broadcasting on 100.
I think it was around 85/86(it was about the same time when the TV series called: The Greatest American Hero was on air) when the radio station switched from gospel to a top 40 station... as the owner was none other than the actor who played "Hunniecutt" from the M*A*S*H TV series. I think my mom still has that picture of her with him in the station together!)
Anyway, at the end of my mom's shift, she would play the theme song from that TV show for me to let me know she was on her way home(my parents divorced when I was about 13)...
Hope this background helps you out some on updating your web/blog...
Sincerely,
Brandon 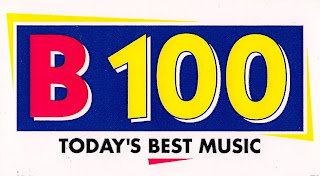 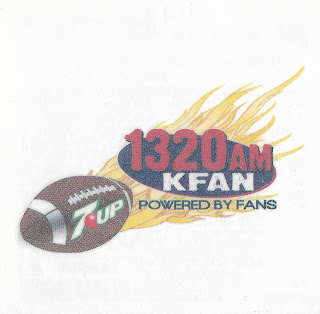 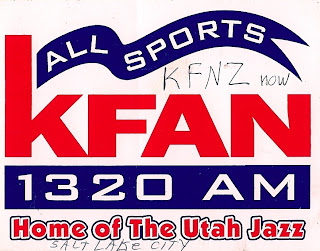 KFNZ "1320 AM KFAN" is a Sports station in Salt Lake City, Utah (as some bozo idiotically wrote on the front of the above sticker.) 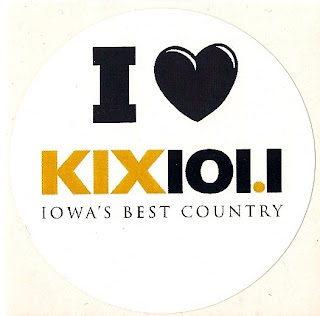 WVPE is a National Public Radio affiliate in Elkhart, Indiana.
Posted by Greg at 5:21 AM No comments: 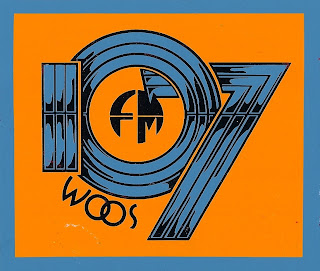 WOOS was an automated Top-40 station in Canton, Ohio circa 1979.

By the mid-1980s they were an Album Rock station known as "Goodrock 107." Soon after they changed calls to WRQK which is still around today.
Posted by Greg at 8:12 PM No comments: 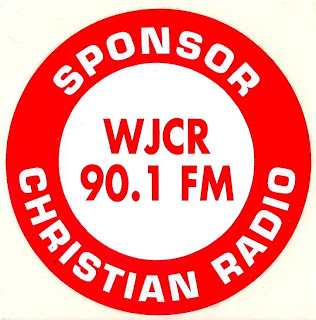 WJCR (Where Jesus Christ Reigns) is a Southern Gospel/Christian Country station licensed to Upton, Kentucky.
Posted by Greg at 5:24 PM No comments: 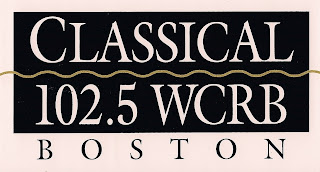 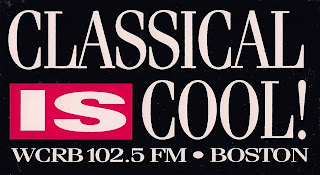 WCRB (W Charles River Broadcasting) is a Classical station licensed to Lowell, Massachusetts outside Boston. WCRB moved from 102.5 FM to 99.5 FM in 2006.
Posted by Greg at 6:20 PM No comments: 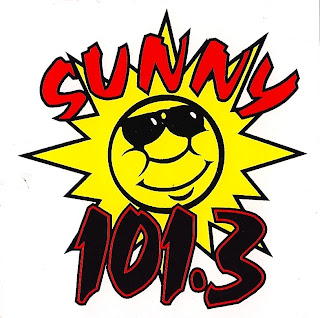 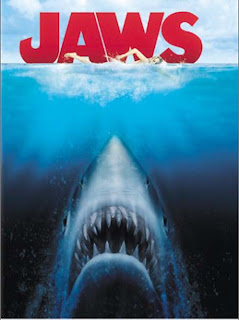 "Jaws" was released on this date in 1975. It went on to become the first film to make more than $100 million at the box office and is considered the first ever summer blockbuster movie.

"102.5 The Shark" WERX is a Classic Hits station licensed to Columbia, North Carolina.
Posted by Greg at 6:06 PM No comments: 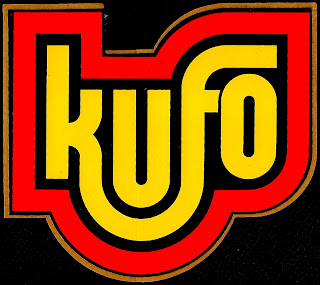 KUFO was an Album Rock station from Odessa, Texas (not to be confused with the former Portland rocker with the same call letters.) 97.9 FM is now the Lite Rock station KODM.

EDIT:  This sticker is actually from a Country music station in Galveston, Texas circa 1977.  The station flipped in 1979 and the call letters then made their way to the above-mentioned Rock station in Odessa, TX.  My bad.

KOMO is an all-News station in Seattle, Washington. Until the early 2000s, AM 1000 was the flagship station for the University of Washington Huskies football and basketball games. In 2009 KOMO began broadcasting on 97.7 FM licensed to Oakville, WA. According to this recent blogpost, the station has been a victim of mismanagement resulting in a KOMO becoming a "rudderless ship." 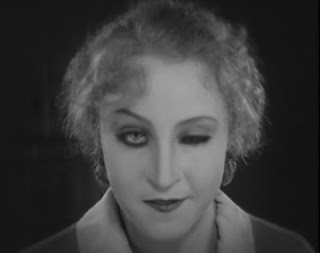 WINK-AM was a co-owned Adult Standards station also licensed to Fort Myers. Coincidentally, the satellite-delivered Music Of Your Life format once featured this guy as one of their on-air personalities. WINK-AM now lives at 1200 AM and carries a News/Talk format. Reflective chrome stickers never scan well and this one is no exception. 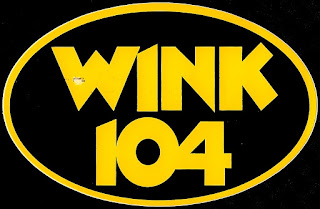 "WINK 104" WNNK is a Hot Adult Contemporary station from Harrisburg, Pennsylvania. Back in the early 1990s, my grandpa--who was in his seventies at the time--had a WINK 104 bumper sticker stuck to the back of his Subaru. I think WNNK was a straight-ahead Top-40 station at the time but I never asked him why he had the sticker. His musical tastes were traditional German music and church hymns so there's no way he was listening to Vanilla Ice and New Kids on the Block.....was he?
Posted by Greg at 4:48 AM No comments: 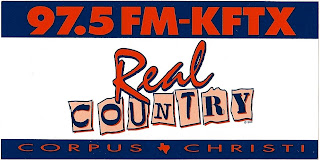 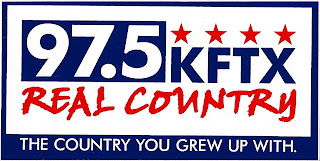 KFTX is a Country station licensed to Kingsville, Texas near Corpus Christi. 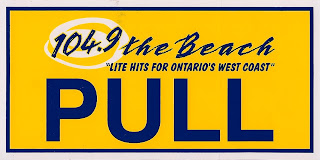 "104.9 The Beach" CHWC is an Adult Contemporary station licensed to Goderich, Ontario.
Posted by Greg at 2:25 PM No comments:

Today is Flag Day in the United States. 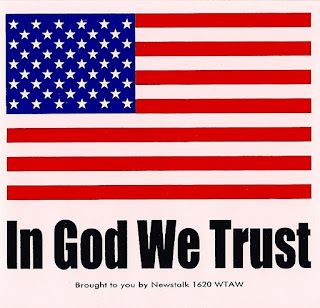 This barely counts as a radio sticker but the tiny writing at the bottom means it stays in the collection. 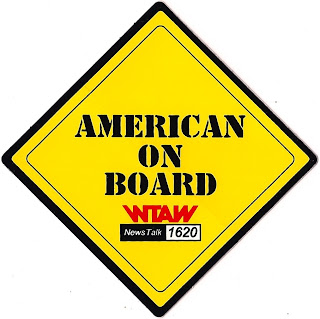 WTAW (Watch The Aggies Win) is a News/Talk station licensed to College Station, Texas. They are one of only a handful of stations west of the Mississippi River whose call letters begin with a W.
Posted by Greg at 3:56 PM No comments: 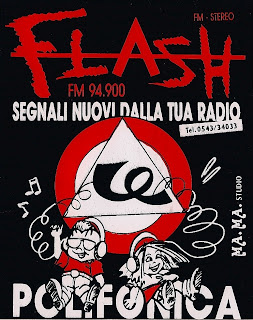 Flash FM 94.900 is (or was) from somewhere in Italy. The stickers were printed by Ma Ma Studio which is based in Forli, Italy. The words translate to something like "new signals from your radio" and "polyphonic."
Posted by Greg at 4:01 PM No comments:

B FM is a French-language radio station in Belgium whose programming is focused solely on business, finance and the economy.
Posted by Greg at 5:34 AM No comments: 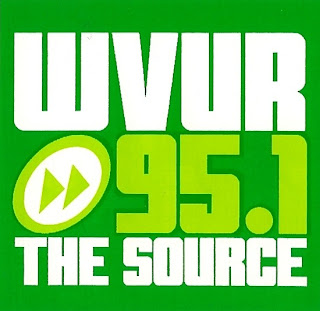 WVUR is the student-run station from Valparaiso University in Valparaiso, Indiana.
Posted by Greg at 7:10 PM No comments:

WSOR is Religious station in Naples, Florida. They are part of the Moody Radio Florida network of stations including WKES.
Posted by Greg at 1:54 PM No comments:

KAAM and KAFM were co-owned stations in Dallas, Texas. Somebody wrote "1984" on the back of the stickers in which, according to that year's Broadcasting Yearbook, KAFM was Top-40 while KAAM carried an Oldies format. 92.5 FM is currently Classic Rock "Lone Star 92.5" KZPS while 1310 AM is SportsRadio "The Ticket" KTCK. The KAAM calls still exist in Dallas at 770 AM, now an Adult Standards/Nostalgia station licensed to Garland, TX.
Posted by Greg at 5:13 PM 1 comment:

WMOT broadcasts from Middle Tennessee State University in Murfreesboro, TN. They ran a full-time Jazz format beginning in the early 1980s but have since added Classical and NPR News to their programming schedule.

WHIM was a Country music station in East Providence, Rhode Island for more than 30 years. WHIM's old frequency is now home to Spanish "Poder 1110" WPMZ.
Posted by Greg at 5:20 PM No comments: 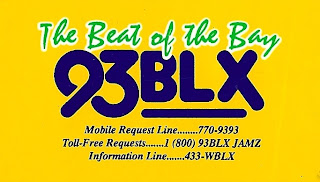 "93BLX" is a Mainstream Urban station licensed to Mobile, Alabama. WBLX has had the same format and call letters for 38 years.

1420 AM KSTN went on the air in (K) STocktoN, California in 1949. Formats over the years included Big Band, Top-40, Oldies and Classic Hits. After playing Queen's "Another One Bites The Dust" followed by the WKRP in Cincinnati theme, KSTN went silent on February 19, 2010.
Posted by Greg at 8:50 AM 1 comment:

KMHD is a Jazz and Blues station licensed to Mt. HooD Community College in Gresham, Oregon.

KDHI was located at 1250 AM and licensed to Twentynine Palms, California. Not sure what their format was and there doesn't appear to be a station licensed to that city at that spot on the dial anymore. Any further info on KDHI would be greatly appreciated.
Posted by Greg at 3:22 PM 4 comments: