A magnet from 89.7 Way-FM in Loveland, Colorado.  They are also heard on translator 90.9 FM K215CB licensed to Colorado Springs.  They are part of the Way-FM network of about 14 full power FM stations as well as many lower power repeater stations across a dozen states.  Stuff from another WAY-FM affiliate can be seen here. 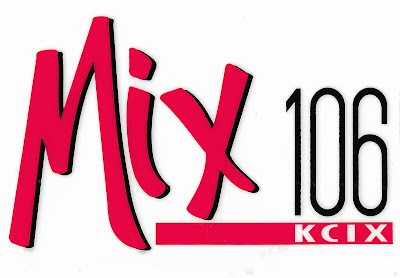 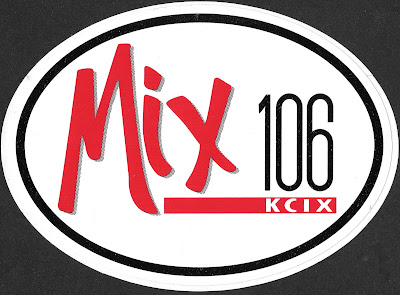 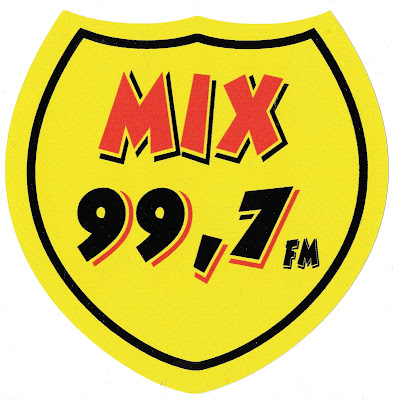 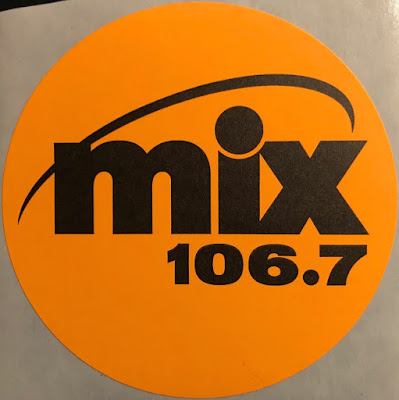 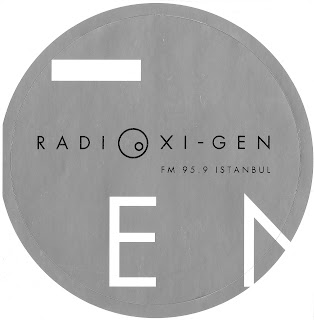 Radio Oxigen once graced the airwaves of Istanbul, Turkey with new music including drum & bass, electronica and hip-hop.  They broadcast during the 1990s but left terrestrial radio to go online only (although they may have stopped doing that as well...hard to say.)
Posted by Greg at 5:57 PM No comments: 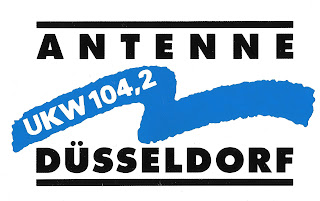 Antenne Dusseldorf went on the air in the western German city of Dusseldorf in 1990. 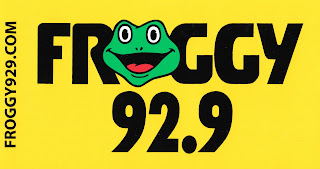 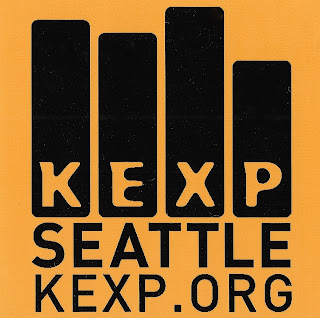 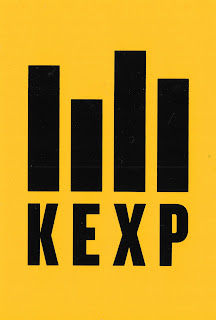 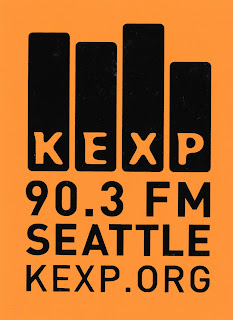 90.3 KEXP is public radio station in Seattle, Washington that carries an Alternative/Indie Rock format.  They originally went on the air as the University of Washington-affiliated KCMU
which was the first station in the world to broadcast CD-quality sound over the internet 24/7.  They became KEXP in 2001 after partnering with the Experience Music Project (now called the Museum of Pop Culture) which was established by Microsoft co-founder Paul Allen, 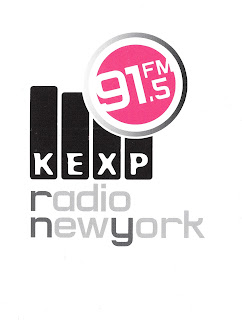 KEXP partnered with WNYE to produce and program shows for listeners in New York City.  The joint venture lasted from 2008 until 2011. 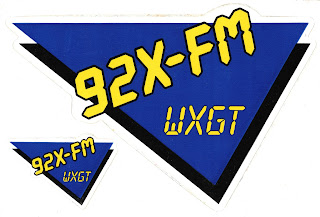 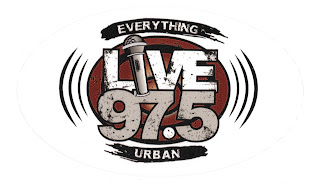 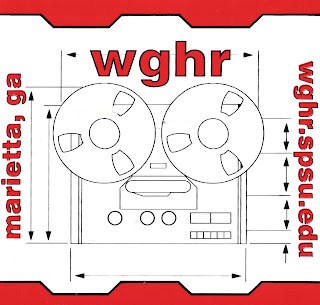 WGHR was the online radio station at Southern Polytechnic State University in Marietta, Georgia.  They began as a low-power, carrier-current AM station in the late 1960s and eventually moved to FM by the early 1980s.  Terrestrial broadcasts ceased around 2003 and they moved to online only.  SPSU merged with Kennesaw State University in 2015.  KSU's student-run, online station is known as Owl Radio. 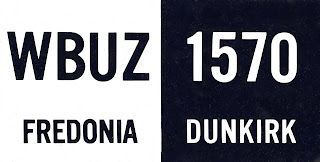 1570 AM WBUZ was on the air in Fredonia, New York from 1957 until 1991.  Their FCC license renewal problems began in 1981 with the owner's alleged blatant discrimination against an African-American woman who applied to work as a secretary as well as his refusal to grant equal time to opposing views surrounding local police and public housing.  A few years later the American Society of Composers, Authors and Publishers revoked WBUZ's license to play songs by ASCAP artists due to the owner's defaulting on royalty payments.  Listeners also complained that contests were held but prizes never awarded or were kept by the owner.

88.5 FM KURE is a student-run radio station broadcasting from Iowa State University in Ames, IA.  They went on the air in 1949 as KMRA and went through a host of other call letters including KMRI, KISU, KPGY and KUSR before becoming KURE in the mid-1990s.  It's unclear if the station was named for the band of college radio faves with (almost) the same name or if they had nothing to do with it.
KURE has an event called Kaleidoquiz which they've held every year since 1967.  KQ is a 26 hour marathon trivia contest which now encompasses scavenger hunts, murder mysteries, physical puzzles, photo/video challenges and prize giveaways all taking place while a new question is asked every 6 minutes.  Teams are scattered around campus listening to KURE for trivia questions and instructions. 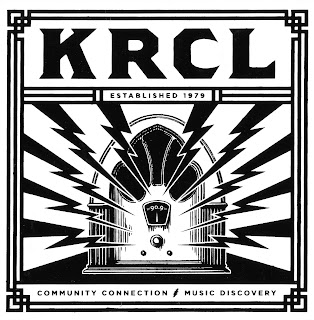 The 1986 Broadcasting Yearbook lists KISD as having an Adult Contemporary/MOR format.  "The Music You've Learned To Love" seems like an odd slogan to me.  As if you didn't like the music originally, but, over time, you've learned how to like it.  KISD was licensed to Oak Harbor, Washington and was on the air from 1984 to 1987.

CFIN is a French-language, community radio station licensed to Lac-Etchemin, Quebec.  They are now branded as "Passion FM". 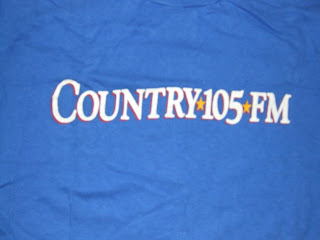 Anybody know where this "Country 105" t-shirt is from?

1490 AM WDLC began broadcasting in Port Jervis, New York on July 4, 1953.  MOR/Easy Listening, Oldies and Sports are some of the formats they've carried over the years.  They currently carry a Country music format using the frequency of its translator in their "Country 107.7" branding.
Posted by Greg at 3:32 PM No comments: 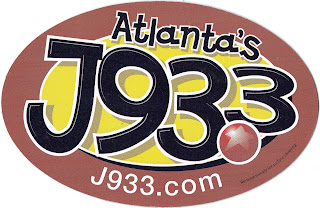 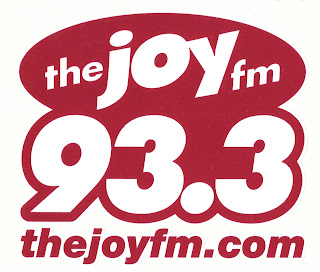 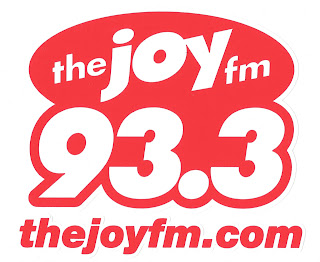 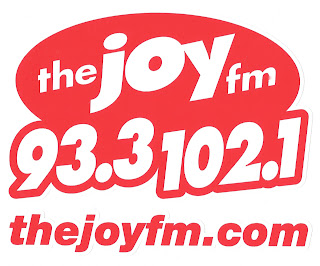 WVFJ is licensed to Greenville, Georgia and they are also heard on translator 102.1 FM W271CF licensed to Phenix City, Alabama. 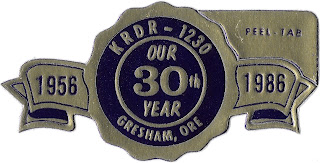 1230 AM in Gresham, Oregon signed on the air on September 28, 1956 as KGRO.  In June of 1963 they changed call letters to KRDR and that summer became the Northwest's first 24 hour Country & Western station.  A foray into Top-40 took place in the late 1960s but they switched back to Country in 1971.  The KRDR calls went away in 1988 when they became KKGR.  1230 AM currently carries a Spanish Religious format as KRYN. 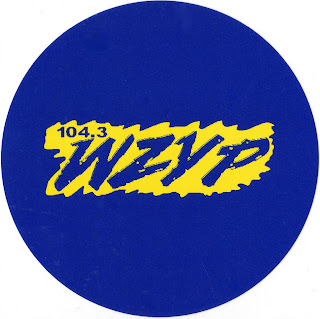 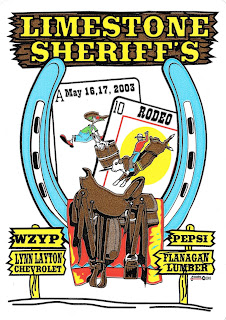 This sticker shows that WZYP was a sponsor of the 2003 Limestone County Sheriff's Rodeo, a yearly event which raises funds for law enforcement equipment and training. 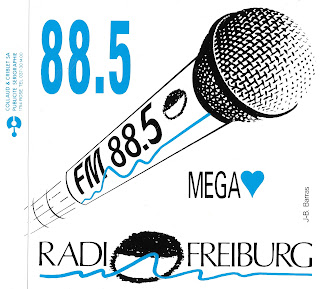 The current Radio Freiburg broadcasts on seven frequencies in parts of Germany and Switzerland.  The above sticker is probably from the same station although they no longer broadcast at 88.5 FM anymore. 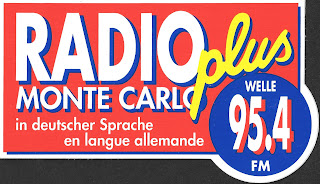 Radio Monte Carlo Plus broadcast for German-speaking listeners of the French Riviera.

A static cling window decal from mystery station B104.  Anybody know where this is from? 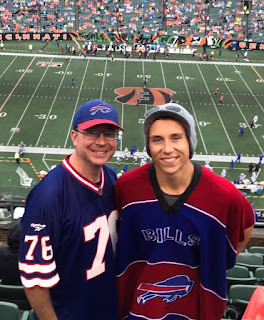 This afternoon, my son and I spent about 4 hours in non-stop rain (remnants of Hurricane Nate) watching the Buffalo Bills lose to the Cincinnati Bengals 20-14.  The Bills came into the game with a 3-1 record while Cincy was 1-3 but I knew Buffalo wasn't as good as they appeared and the Bengals weren't as bad.  My team has exactly one productive receiver, tight end Charles Clay and he went out with an injury early in the game.  LeSean McCoy can be a stunningly great running back but has been shut down in two of the Bills four games so far this season.  Combine that with a inaccurate passer who scrambles better than he throws and you can only hope the improved defense keeps it close....but it wasn't to be.  Still fun to go to the game as always. 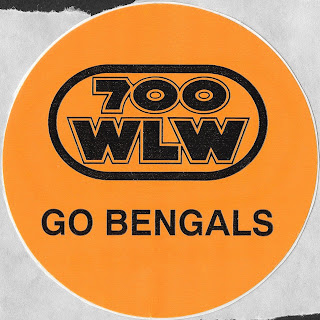 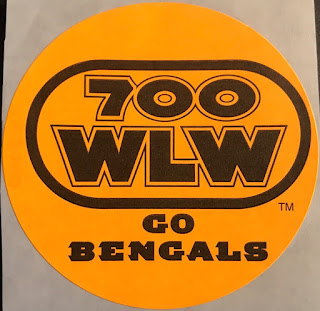 The Bengals have three flagship stations in their radio network: 102.7 WEBN, ESPN 1530 WCKY and, once the Cincinnati Reds season is over, 700 WLW. 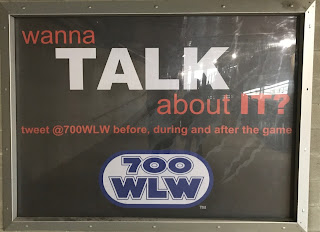 A WLW sign on a walkway ramp at Paul Brown Stadium.

Formerly WFSR, Oldies 1380 WABH is one of about two dozen stations in the Buffalo Bills radio network.
Posted by Greg at 8:10 PM 3 comments: