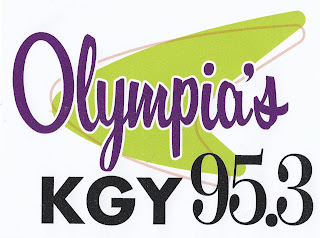 95.3 FM K237FR is a translator station relaying the Classic Hits programming of KYYO's HD2 subchannel.  While not the official call letters, they are branded as "KGY" which are heritage calls in Olympia, Washington going back to 1922. 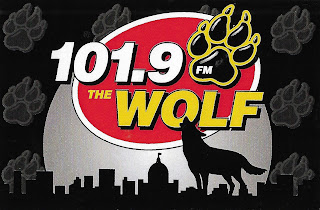 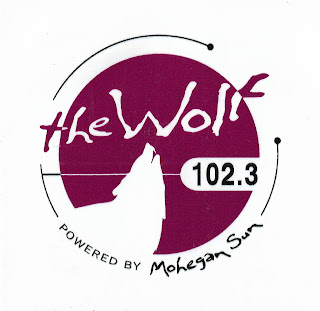 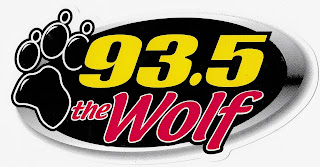 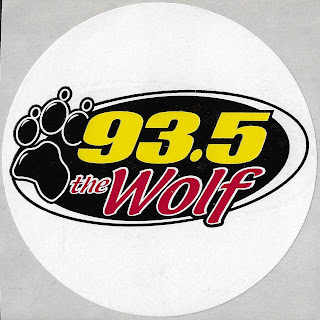 WLFW - Chandler/Evansville, Indiana
Posted by Greg at 8:58 PM No comments: 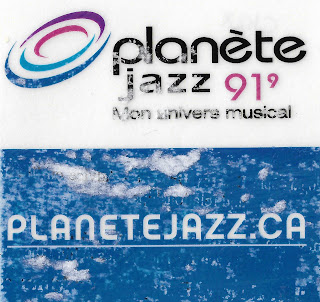 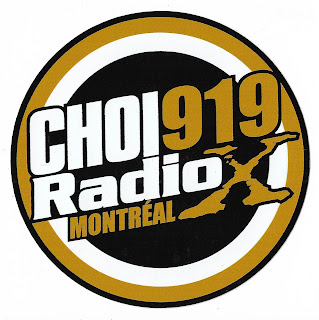 Montreal, Quebec's CKLX went on the air in 2004 with a Jazz format.  At first they were known as "Couleur Jazz" but were later renamed "Planete Jazz."  In 2012 they flipped to "CHOI Radio X" sharing the call letter branding of their sister station in Quebec City and adding Talk programming.  As of this posting 91.9 FM airs a Sports format known simply as "91.9 Sports". 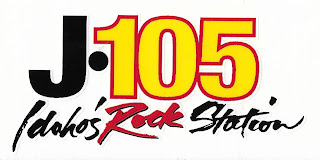 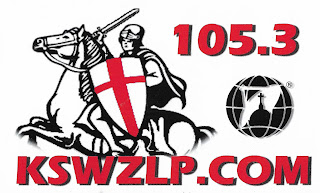 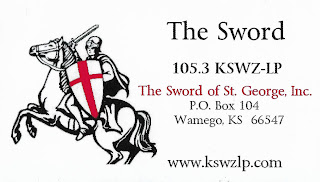 A sticker and magnet from 105.3 KSWZ licensed to Saint George, Kansas.  The 100-watt low-power station carries a Religious format.

La Mega is a network of radio stations in Venezuela airing mostly pop/rock and hip-hop for a youth audience.  They were founded in 1988 and is currently heard on a dozen different frequencies.  The 95.7 FM frequency broadcasts to Valencia, the third largest city in the country. 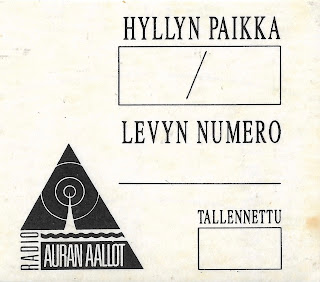 Radio Auran Aallot broadcasts at 90.5 FM from the city of Turku in southern Finland.  This sticker was probably used in the station's production studio--the words translate to "Shelf Location" "Disc Number" and "Saved." 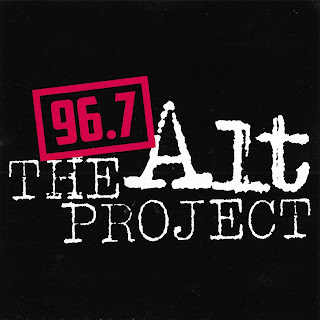 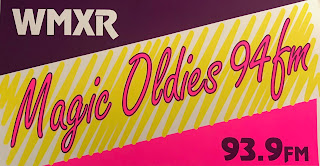 93.9 FM WMXR was an Oldies station in Woodstock, Vermont. 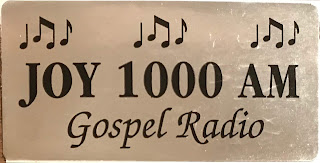 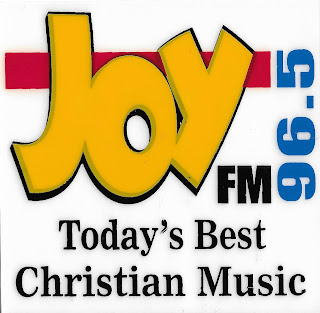 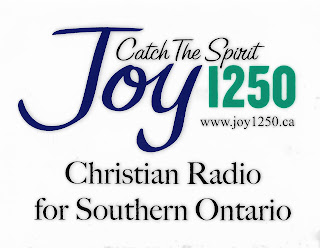 There is almost no information available about this defunct station which is strange because they existed less than 10 years ago.  The "Keeping Romance Alive" slogan suggests that they had a Soft AC or love songs-only format.  If you have any more info about this station, send an email to radiodecals@gmail.com 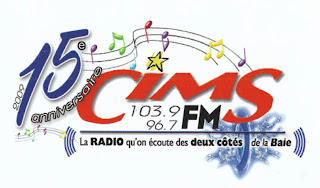 103.9 FM CIMS is a French-language, community radio station licensed to Balmoral, New Brunswick.  They went on the air in September 1994. 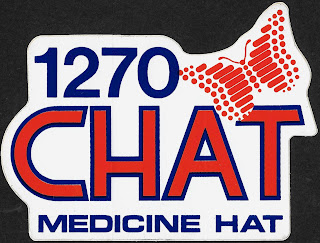 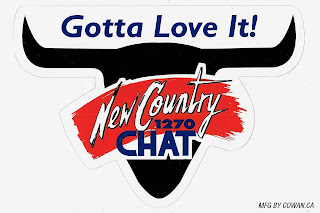 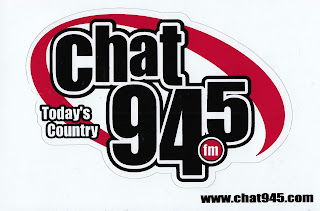 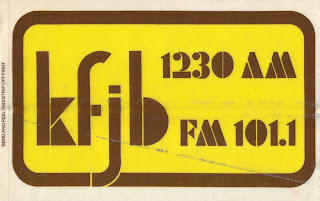 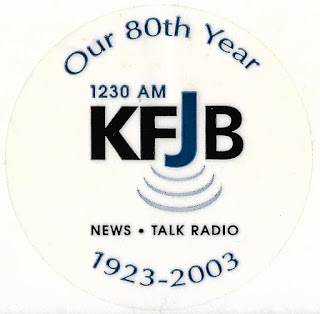 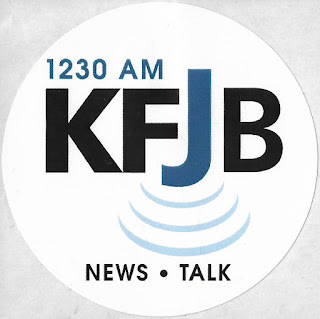 1230 AM KFJB is a News/Talk/Sports station in Marshalltown, Iowa.  They are one of the oldest stations in the state having officially gone on the air in June 1923.  They were one of the earliest, if not the first, station to broadcast a high school football game which took place while still an experimental "radio-telephone station" in 1922.  KFJB FM went on the air in 1968.  The 101.1 frequency is currently Country station KXIA.
Posted by Greg at 8:54 PM No comments: 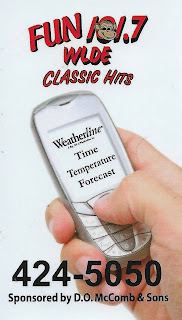 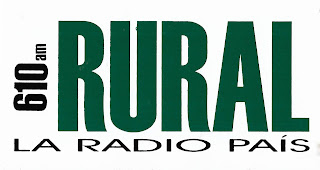 610 AM Radio Rural is a Talk station geared toward farmers and ranchers.  The 50,000-watt station (call sign CX 4) broadcasts from Montevideo, Uruguay.

Klassika Raadio airs Classical, Folk and Jazz music as well as cultural programming.  They are part of Estonian Public Broadcasting aka ERR (Eesti Rahvusringhääling) based in the capital city of Tallinn. 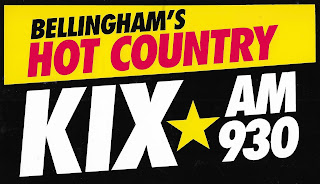 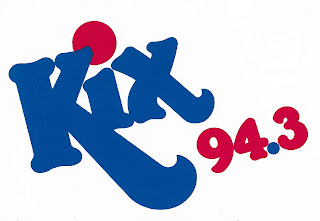 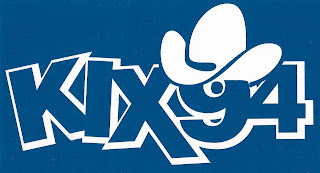 Enjoy the video below and discover some alternative uses for WHRB bumper stickers.

93.7 WDJC is a Contemporary Christian station in Birmingham, Alabama. 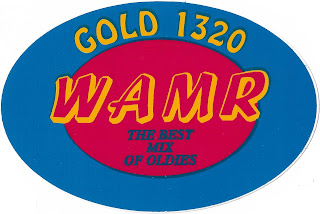 "Gold 1320" WAMR was an Oldies station licensed to Venice, Florida circa the mid-to-late 1990s.  The WAMR call letters existed in the Sarasota market from 1960 until 2005.

KSDL was a Top-40 station licensed to (K) SeDaLia, Missouri.  Other KSDL stickers can be seen here from their time as Classic Hits "Bob FM." 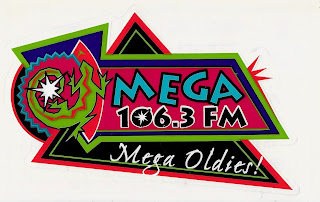 "Mega 106.3" KGMG was a Rhythmic Oldies station licensed to Oracle, Arizona near Tucson.