100.7 WLEV broadcasts to the (W) LEhigh Valley of eastern Pennsylvania.  The Adult Contemporary station is licensed to Allentown, PA. 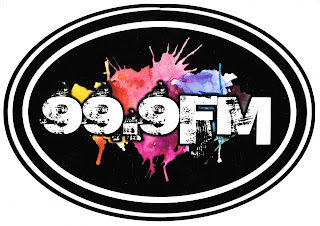 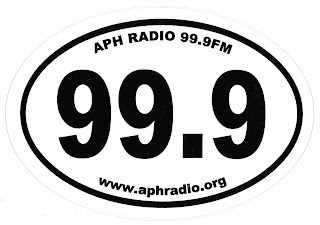 99.9 FM WZAL is a non-profit, locally-focused, LPFM station licensed to Alabaster, Alabama.  Musically, they carry a unique spin on the "all-hit" format in that the hits come from a variety of genres including Country, Alternative Rock, Contemporary Christian, Top-40 and Classic Rock.  The station's mission is to support local charities, ministries and civic organizations.  After operating costs are covered, WZAL's giving committee donates any remaining money to groups that need the funds.   "APH Radio" (Alabaster, Pelham, Helena--the three main towns that the station serves) went on the air in the summer of 2014. 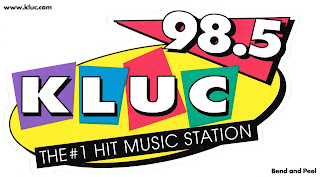 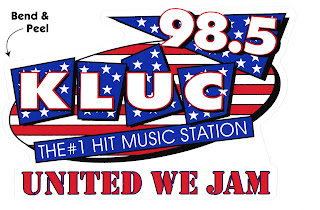 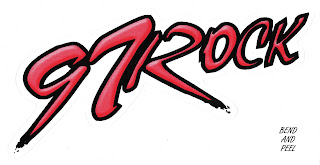 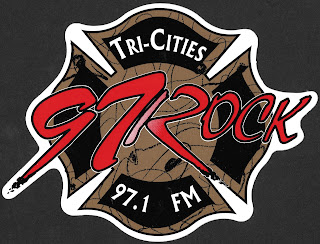 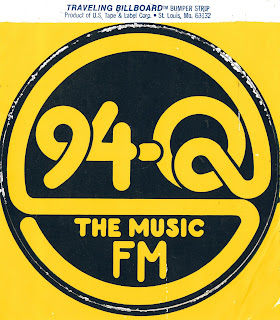 94.1 FM in Atlanta, Georgia became WQXI in the late 1960s and was known as "94Q" starting in 1977.  They were a dominant Top-40 station for much of their history before signing off in 1989 with John Lennon's "Imagine".  The frequency is now home to Hot Adult Contemporary station "Star 94.1" WSTR.  WQXI was licensed to Smyrna, GA. 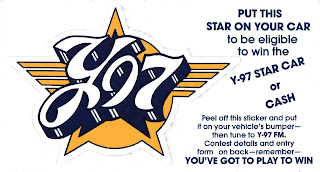 Soft Rock by day, Classic Rock at night and Jazz during overnights.  That was the format of Pittsburgh, Pennsylvania's "Y97" WHYW in the mid 1980s. 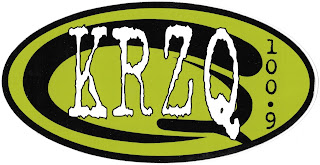 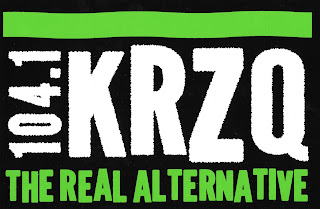 The KRZQ call letters have existed in Reno, Nevada on three different frequencies.  The original KRZQ, licensed to Tahoe City, California, went on the air in 1985.  "96 Rock" was later described as a "bad 90s metal station" by the program director of the second KRZQ who flipped it to Alternative around 1992.  This version at 100.9 FM, licensed to Sparks, NV, lasted until 2011 when they switched to Hot AC as "Mix 100.9".  After a one year absence, Alternative Rock and the KRZQ calls emerged again at 104.1 FM licensed to Fallon, NV. 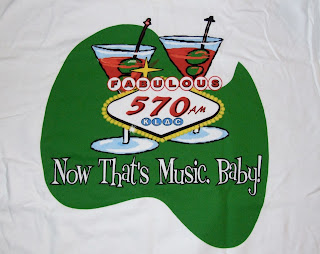 570 AM KLAC is a Sports station in (K) Los Angeles, California.  They carried Los Angeles Lakers games from 1977 until 2009, a span that saw the team win 10 NBA championships.  In 2015, KLAC was partially acquired by the Los Angeles Dodgers and re-branded as "AM 570 LA Sports".  The commercial below dates to the mid-80s when they had just flipped to Country, a format that lasted until 1993 when they switched to Adult Standards.

90.3 FM KEDM is operated by the University of Louisiana at Monroe.  They went on the air on April 23, 1991 and airs a mix of NPR programming, Jazz and Classical music. 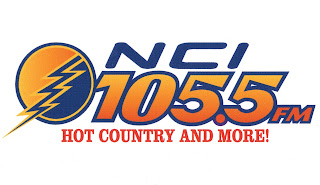 NCI (Native Communications Inc.) is a large public radio network covering 98% of Manitoba via 57 transmitters.  They began broadcasting in the northern part of the province in 1971.  Programming is designed for and by Native people and consists of Country music mixed with Aboriginal artists.  105.5 FM is CICY, a 100,000-watt station licensed to Selkirk, MB near the capital of Winnipeg. 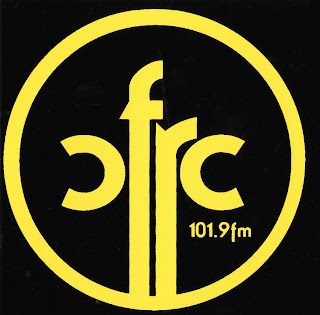 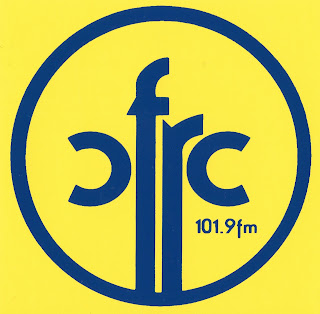 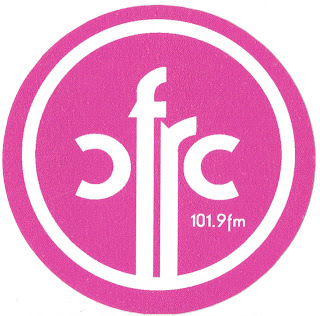 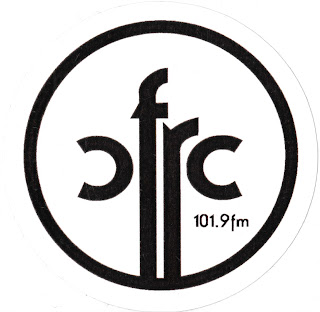 CFRC (Canada's Famous Rugby Champions) is the campus radio station of Queens University in Kingston, Ontario.  The station's history goes back almost as far as radio itself when an engineering professor gave a demonstration of wireless telegraphy in 1902.  Their website claims that they are the longest-running campus based broadcaster in the world.  As the above button indicates, CFRC (then known as 9BT) made its first experimental broadcast in late summer or early fall of 1922.  For much of its past, CFRC broadcast at 1490 AM, later moving to 91.9 FM and currently broadcasts at 101.9 FM.  A comprehensive history of CFRC can be found at this Queen's University archives page. 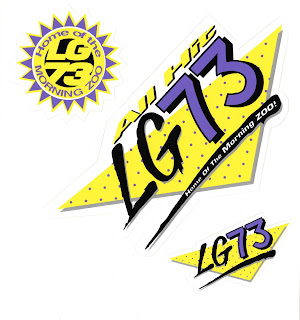 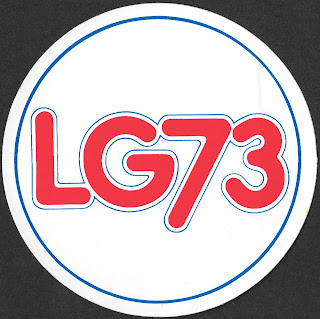 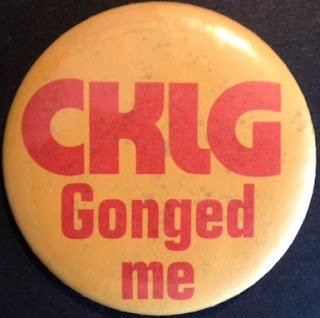 Vancouver, British Columbia's CKLG (CK Lion's Gate Broadcasting) went on the air in 1955 at 1070 AM and featured "MOR, popular and classical music".  Due to interference from Los Angeles' KNX, CKLG moved to 730 AM in 1957.  Around that same time the 10,000-watt station featured three husband and wife teams on the air.  A Top-40 format was introduced in 1964 and, except for a mid-90s run as a Talk outlet, the station played contemporary music up until 2001 when they flipped to all-News as CJNW.  730 AM is currently CHMJ, an all-Traffic station.
Anybody know the meaning behind the "CKLG Gonged Me" button? 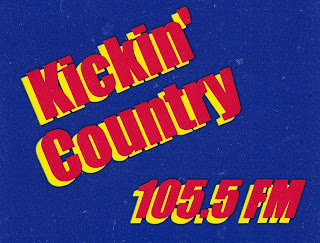 1550 AM WJIL began broadcasting in 1961 in (W) Jacksonville, ILlinois and currently carries a Classic Hits format.  Country outlet and sister station 105.5 WJVO went on the air in 1986.
Posted by Greg at 11:25 AM No comments: 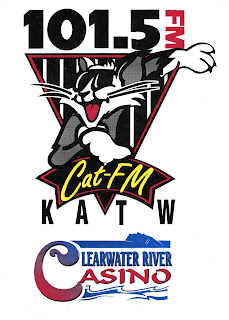 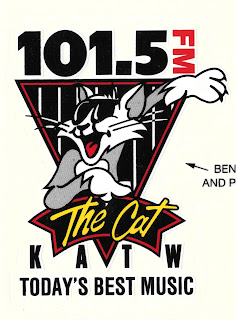 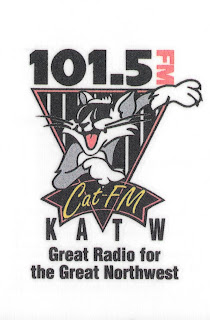 Two stickers and a temporary tattoo from "101.5 Cat FM" KATW in Lewiston, Idaho. 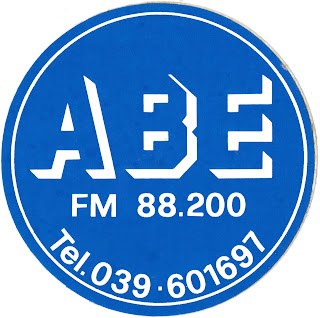 Antenna Brianza Est broadcast from Bernareggio in northern Italy.  Not much info seems to be available about ABE although I did find this photo which a commenter dates to 1979. 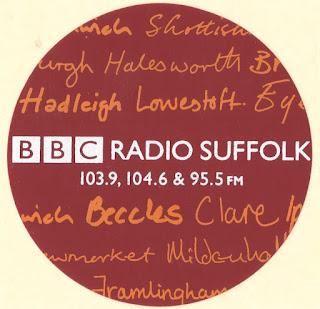 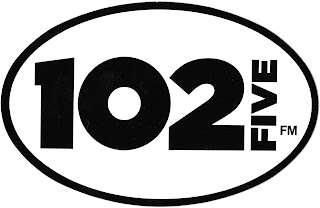 Gay Dad was a stupidly-named British band that existed from 1994 until 2002. 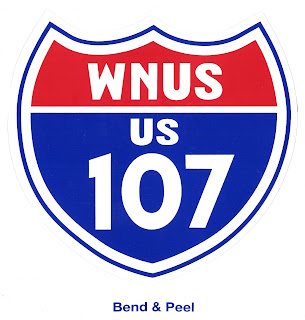 WNUS is a Country station licensed to Belpre, Ohio and serves the Parkersburg/Marietta, West Virginia market.
Posted by Greg at 6:51 PM No comments: