95.5 KLOS has been a Rock station in (K)LOS Angeles, California since 1971.  The iconic rainbow stickers started coming out around 1980 and were available for free by sending a self-addressed stamped envelope to the station.

KLOS stickers were also handed out at concerts.  No station logo was needed....everyone knew it was from KLOS because of the distinctive colors and racetrack shape.  This Jackson Browne decal was one of the earlier band stickers that was available.  Over the years there have been dozens (hundreds?) of different bands and artists featured on KLOS stickers.  Some of them fetch a decent amount on eBay.  The ones I looked at today were going for $10 to $20 each.

This sticker is based on DJ Frazer Smith's sign off line "Too Hip, Gotta Go."  Smith is a stand-up comic and actor who was originally on KLOS from 1979 through 1984.  He currently has a show on Sunday nights from 10PM to 2AM. 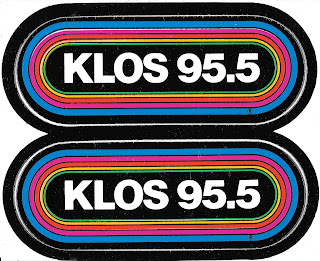 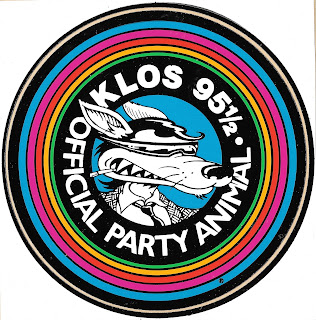 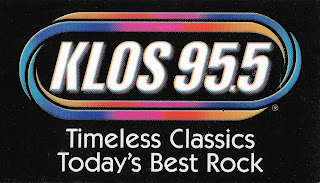