We drove up to Detroit, Michigan last Saturday to see the Baltimore Orioles take on the Detroit Tigers. I've been an Orioles fan since childhood when we lived in Pennsylvania and could pick up Baltimore stations on television. That was more than 30 years ago and I had yet to see the Orioles play live. 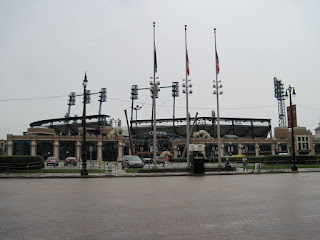 Comerica Park opened in 2000 and is an absolute gem of a stadium. 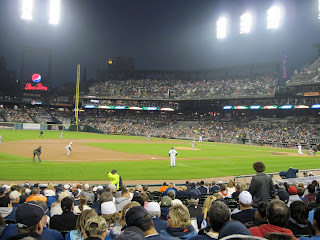 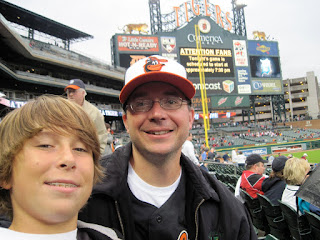 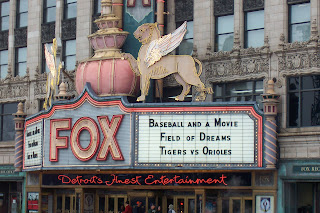 Comerica is located right across the street from the Fox Theatre which was built in 1928.

WJR (W Jewett Radio & Phonographic Company--the original owners) is a 50,000-watt, class A clear channel station which carries a News/Talk format. They were the flagship station of the Detroit Tigers from 1964 until 2000.

WIOO is a Classic Country station licensed to Carlisle, Pennsylvania. They are one of about 40 stations in the Baltimore Orioles Radio Network.
Posted by Greg at 7:01 AM